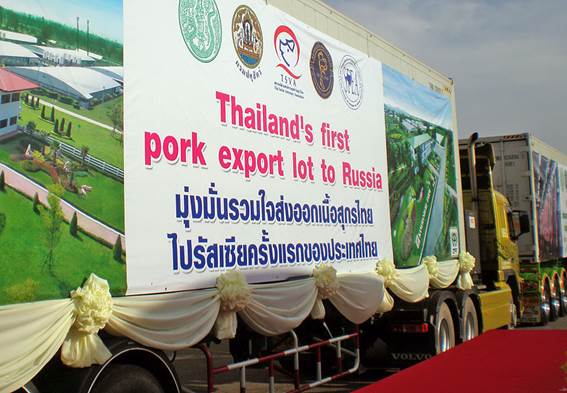 Thailand plans to apply for membership in the Russia-led Eurasian Economic Union and launch a free-trade zone by year-end, a media report said.

Russia’s RT news service quoted the federation’s Trade and Industry Minister Denis Manturov saying Wednesday that the Eurasian Economic Commission is waiting on Thailand to file its application, which would lead to "concrete discussions" about a free trade zone.

Mr Manturov told reporters after a meeting at yesterday’s Russian-Thai commission on bilateral cooperation meeting that there would be separate decisions on "sensitive" sectors, such as automobiles, as was the case when the trade-zone deal was struck with Vietnam.

In May, Vietnam inked the first free-trade zone agreement between the EEU and a third party.

Mr Manturov said the ball was now in Bangkok’s court. Thailand was said to be preparing the final draft of its proposal.

Russian Prime Minister Dmitry Medvedev previously said his country would like to sign free-trade zone agreements with 40 countries. He added that a possible currency union with other members of the Eurasian Economic Union was also under consideration.

The EEU was launched this year and is based on the Customs Union of Russia, Kazakhstan and Belarus. The economic block is designed to ensure the free movement of goods, services, capital and workforce within its borders.