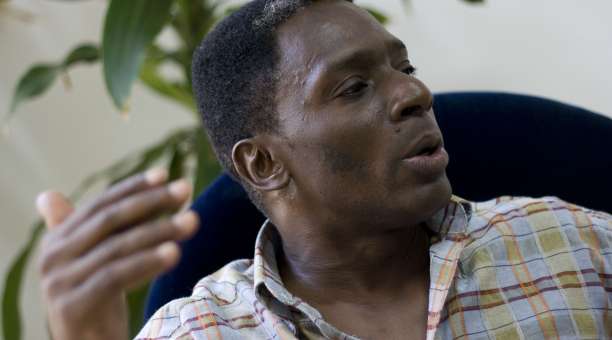 freely translated by Anoosha Boralessa in January 2015 for bilaterals.org

The global financial crisis which persists since 2008 and chiefly impacts the United States and Europe presents an opportunity for Latin America to strengthen its internal markets and develop an integrated economy, says Faustino Cobarrubia, an expert at the Centre for Research on the Global Economy (CIEM), Cuba.

Interviewed in Havana by Agencia Venezolana de Noticias (AVN), he explained that in 2012, the region will begin to feel the impact of the current crisis and therefore Latin America “must make every effort within the region through integration”, strengthening mechanisms such as the Boliviarian Alliance for the People of Our America (Alba), the Common Market of the South (Merocosur) and the virtual currency Sucre.

The economist and researcher recalled that the economic situation in Latin America was thus far favourable because the prices of raw materials exports remained high and China had also become the chief recipient of these basic goods.

But he pointed out that for this year, “it is already forecast that the Chinese economy is going to slow down, as are the economies of India, Russia and Brazil,” principally because these nations that “have tolerated or alleviated the crisis from 2008 to 2010 are being impacted by inflation.”

Cobarrubia pointed out that faced with this outlook, “there is complete agreement on Latin American integration” in the economy, although these countries have not been able to develop a strong domestic industry.

On this final point, the economist analysed that “normally, for a country’s economy to be positioned on the global market it must diversify its export base and export not only raw materials but other goods such as finished products. In Latin America there has been a process of return to dependence on raw materials. We continue to depend on the same goods but the price of these goods has increased.”

“In these times, neoliberal integration has failed, so we must look within the region and search for integration that has never taken place – a much more balanced integration based on other principles such as solidarity,” he asserted.

Organisations such as Alba, Mercosur, Unasur and the recently established Community of Latin American and Carribean states (CELAC) “give a sense that we are in a new phase of integration, not only at the economic level but also at the political level,” remarked Cobarrubia.

Down but not out

Despite the United States and Europe being in a critical economic position, these powers still hold a strong influence in Latin America on the financial, political and military level.

For Cobarrubia, although the projects driven by Washington such as ALCA or the Free Trade Agreements are no longer “viable,” these initiatives are still continuing in countries such as Colombia and Panama. So “it is not easy to say that there is a speedy or free pathway to integration.”

This point must be coupled with the military power that the White House wields in the continent or facts such as the coup d’etat in Honduras in 2009, stated the member of CIEM.

“One must take a realistic position on these issues, because the right is looking aggressively for a way to prevail,” he warned.

A crisis such as the one which sweeps across the globe today “is always exploited by the right to impose unpopular measures.”

“The question is whether the crisis can be converted into the type of situation that swings to the right. In a moment of confusion when you do not find an answer to the problem, you are led by those who have a firm grip and impose order.This is how fascism arose, Margaret Thatcher in Great Britain and Ronald Raegan in the United States,” said Cobarrubia.