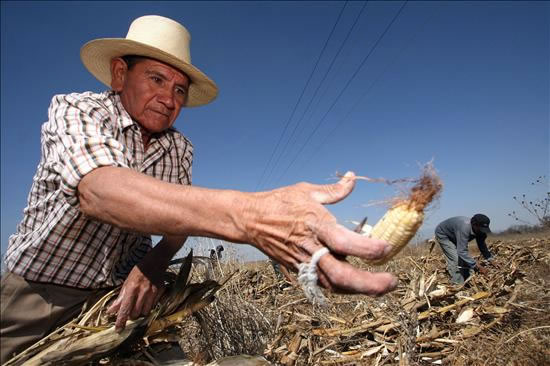 The US-Colombia FTA, which is accelerating the land grab by multi-national agribusiness and mining interests, has helped to make Colombia the number one country in the world for internal displacements, with nearly 5 million internally displaced peoples and growing, and with indigenous peoples and Afro-Colombians disproportionate victims of this displacement.

Back in the mid-1990’s, the signatories to the North American Free Trade Agreement promised that the border town of Ciudad Juarez, Mexico would become the model city for the new “free trade” pact. Indeed, it has become a model city for NAFTA, but not in the way its architects had intended. Thus, rather than becoming a showcase for economic development and prosperity which “free trade” promised to usher in, Ciudad Juarez instead has become a city plagued by murder rates equivalent to nations at war, and has witnessed the bizarre phenomenon of “femicide” which has violently claimed the lives of around 400 girls and young women since the passage of NAFTA. [1]

In a similar vein, the port town of Buenaventura has become the poster child for the Colombia Free Trade Agreement. Even before the FTA was finally ratified by Congress and signed into law by President Obama in October of 2011, violence began to plague Buenaventura as armed paramilitary groups vied for control of the new ports being built in preparation for the influx of trade which the FTA was to bring. Thus, in September of 2011, acclaimed human rights advocate, Father Javier Giraldo, S.J., wrote to U.S. Ambassador P. Michael McKinley of

the permanent genocide that is being carried out in Buenaventura, where the neighborhoods and the Community Councils around the port are being invaded by paramilitaries supported or tolerated by the armed forces. They cut people in pieces with horrifying cruelty throwing the body parts in to the sea, if any of them dare to resist the megaproject for the new port. This included the expulsion of people living in the poorest areas and it includes the expropriation of the plots of garbage dumps where these people, in the midst of their misery, have over decades tried to survive. [2]

three illegal post paramilitary demobilization groups or re-grouped paramilitaries (La Empresa, Los Urabeňos and Los Rastrojos) are engaged in a violent battle for control of the neighborhoods in the port areas [of Buenaventura]. These groups utilize brutal terror tactics to exert control and dominate the population. The Member and his staff were told about the use of chainsaws to dismember persons in broad daylight or in “torture houses” where residents can hear the screams. Among the victims were a large number of women who were first raped or sexually tortured before being killed in a sadistic manner and their body parts displayed publicly to set an example to others. Local groups estimate that at least eight Afro-Colombian women have been assassinated in this fashion in 2013 alone. This situation unfolds in areas where the public and security armed forces (police and military) are either present or very close by. [3]

The Committee report further explains that, “[w]hile Buenaventura is a strategic hub for international commerce, the riches of this growing global economy fomented by the U.S.-Colombia FTA mainly pass through Buenaventura and do not integrate or benefit the local Afro-Colombian population.” Thus, “[s]ixty-three percent of Buenaventura’s residents who are Afro-Colombian live under the poverty line, and unemployment is 64 percent.”

Mass displacements from Buenaventura, caused by violence and the threat of violence by the paramilitary groups fighting for control of the ports, are also a growing problem. As the Committee report explains, relying upon figures from the UN High Commissioner of Refugees, an estimated 9,000 persons became internally displaced in 11 massive displacements in Buenaventura. In 2013, four displacements totaling some 1,600 persons have taken place thus far.”

And sadly, just after this Committee report was released, the UN Office for the Coordination of Humanitarian Affairs (OCHA) reported on but another incident of mass displacement in Buenaventura. As the OCHA explained,

at least 2,516 people from 629 families from comunes 3 and 4 in the Pacific port city of Buenaventura, Valle, have displaced from their neighborhoods to the local headquarters of Caritas Colombia following threats by Post-demobilization Armed Groups (PDAGs) and pressure caused by repeated armed confrontations between these groups. The displacements began early in the morning on Wednesday 6 November [2013] and affected the areas of La Playita, Alfonso López, Calle El Ramiro and Viento Libre. [4]

Of course, Buenaventura is but a microcosm of the havoc being wrought as a direct consequence of the FTA. Thus, the FTA, which is accelerating the land grab by multi-national agribusiness and mining interests, has helped to make Colombia the number one country in the world for internal displacements, with nearly 5 million internally displaced peoples (IDPs) and growing, and with indigenous peoples and Afro-Colombians disproportionate victims of this displacement. [5] Again, this displacement mirrors that of Mexico after NAFTA when nearly 2 million small farmers were displaced as a direct consequence of the agricultural provisions of that arrangement.

I leave you with the words of the founding father of the modern “free trade” treaty, former President Bill Clinton, who in testimony before the Senate in 2010 admitted this has “failed everywhere it’s been tried.” Sadly, Colombia, as Mexico, proves these words of Mr. Clinton to be all too true. [6]

[1] For a very good description of the connection between NAFTA and the “femicide” in Ciduad Juarez, read, “Capitalism, A Structural Genocide” by Garry Leech. See, http://www.amazon.com/Capitalism-Structural-Genocide-Garry-Leech/dp/1780321996.

[6] See, http://www.democracynow.org/2010/4/1/clinton_rice Bill Clinton was speaking of the free trade agricultural policies in Haiti which undermined that country’s ability to feed itself. These are the very same policies which undermined the livelihoods of the approximately 2 million small farmers in Mexico who were displaced as a consequence, and which are devastating the Colombian country side now.