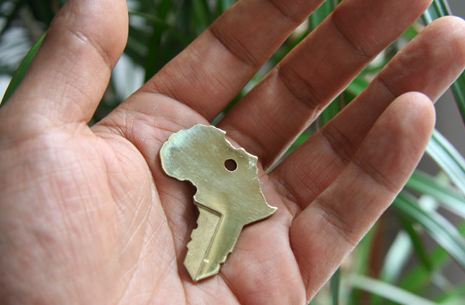 The ’grand’ key to Africa

Given India’s interest in the continent, it will be important for the country to follow the negotiations on the Cape-to-Cairo FTA

It is referred to as the “Grand Free Trade Area” or the Tripartite Free Trade Agreement, and true to its name it will be one of the largest free trade areas in the developing world when it becomes a reality. The 26-nation free trade area encompassing countries from Egypt to South Africa and three existing free trade blocs will be a very important platform for countries to engage and invest.

The 26 nations – Libya, Djibouti, Eritrea, Sudan, Egypt, Ethiopia, Kenya, Uganda, Burundi, Rwanda, Tanzania, Malawi, Zambia, Zimbabwe, Angola, DRC, Mauritius, Madagascar, Comoros, Seychelles, Mozambique, Botswana, Lesotho, Namibia, South Africa and Swaziland – met recently and have decided to complete the negotiations in the next three years and have the free trade agreement (FTA) up and rolling. This FTA will cover 525 million people and $1 trillion in output and will include many countries that will be among the faster growing nations of the globe.

What may make the negotiations easier is that these countries are already members of three different trade blocs — the Common Market for East and Southern Africa (COMESA) and the East African Community (EAC) and the Southern Africa Development Community (SADC). The COMESA and the EAC are already duty-free and quota-free markets while the SADC has some products that attract duties. However, with political will, it will be easy to bring the three blocs together to create a large free trade zone.

The FTA that is being envisaged between these countries is expected to be done in two phases. The first will focus on the removal of tariffs on goods trade as also target non-tariff barriers on industrial goods, while the second phase will be for liberalisation of services and greater partnership and engagement in the area of intellectual property regime. Therefore, when fully completed, this FTA would be a comprehensive agreement covering intellectual property rights, goods and services.

The primary motive behind the creation of this FTA is supposed to be the thinking within many of the countries in this region that there is a need to attract investment into these countries if growth has to be inclusive. They are interested in moving away from the present model of exporting raw materials and minerals to resource-hungry countries and import value-added goods in return.

This thought process is in line with the Indian engagement with Africa that looks at investment-led trade so that India and the nations in the continent benefit in the long run. However, given the fact that several countries would now look at Africa as the next large emerging market, if this proposal goes through, it will be important for India to continue to deeply engage with all the three trade blocs to ensure that it benefits from the “Grand FTA” when it becomes a reality.

It is important to note that given China’s rising influence in Africa, the US, too, has decided to deepen its engagement with Africa. In a recent meeting in Zambia, US officials discussed the need to revitalise the Africa Growth Opportunities Act that was conceived 11 years ago to provide preferential access to 37 African nations into the US market. This meeting was attended by United States Trade Representative Ron Kirk as also the Secretary of State Hillary Clinton. This was the first visit by a US Secretary of State to Zambia in 30 years.

Free trade agreements across various countries in a region are slowly becoming the order of the day. There is a discussion to create a Pan-Asian FTA covering nearly all countries of Asia Pacific where already several criss-cross of FTAs exist. Over 500 FTAs are either under discussion or have already been negotiated in the Asia-Pacific region in the last decade.

Given India’s interest – at the political and economic level – in engaging with Africa, it will be important for business and the government in the country to follow the outcome of the negotiations for a large FTA, which some news reports called the Cape-to-Cairo FTA. India, which is already a reasonably large investor in Africa, will have to continue building closer links with the African continent to the benefit of both sides.

The author is Principal Adviser with APJ-SLG Law Offices