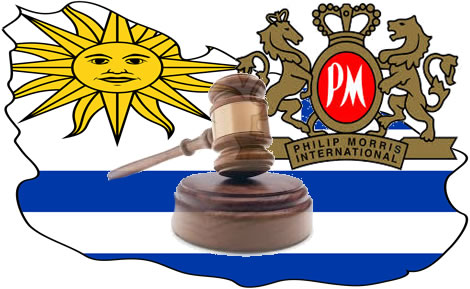 The (partial) dissent in Philip Morris: Gary Born vs. the constitution of Uruguay

Many of us heaved a sigh of relief when Philip Morris lost its challenge to Uruguay’s tobacco plain packaging regulations. In the euphoria of the moment, it was easy to ignore the unpleasant fact of a dissent. Yet much of the value to Philip Morris in attacking, both in investment tribunals and through surrogates at the WTO, plain packaging in the countries where it already exists, is to intimidate other countries, causing them to hold off their own initiatives to protect the lives and health of their citizens. A dissent sends the message: beware, if one other arbitrator had gone the way that Born did, we would have won.

Under Uruguay’s constitution. a specialized administrative court, the TCA, is the final court of appeal for certain matters-not the Supreme Court. In the plain packaging matter, the TCA and Uruguay’s Supreme Court gave contradictory rulings on matters related to plain packaging public health measures, each acting correctly within its jurisdictional authority. There was no evidence of impropriety, lack of jurisdictional authority, or failure of due process in either of the proceedings in question. Nevertheless, Born, in his dissent, finds a denial of justice because Philip Morris was impacted by two inconsistent rulings of different Uruguayan courts, and was unable to make a final appeal to the Uruguay Supreme Court against the TCA ruling. Indeed, without citing any authority except a European Court of Human Rights decision that Born twists because in fact it went the other way, Born maintains: "The rendering of contradictory decisions, by co-equal courts within a single legal system is in tension with ...basic objectives of transparency, stability, and predictability."

Now of course, this statement is not entirely correct, because the fact was that the courts, in the matters in question, were not exactly co-equal; the hierarchy was clear-the ruling of the TCA was final. But let’s shift from Uruguay to the United States. As readers of this blog are likely to know, the US federal court system gives rise to the possibility of inconsistent precedents (legal interpretations) by different Federal Circuit appeals courts. While resolving Circuit splits is an often-mentioned reason for the US Supreme Court to grant certiorari, there is no appeal as of right in the US system to the Supreme Court in these circumstances and the Supreme Court will not take a case at a particular time just because some private economic interest wants the Circuit split solved. If Born’s approach were ever adopted by an investment tribunal, it would render the United States and any other country where there is not an entitlement to have conflicts between co-equal lower courts resolved with finality vulnerable to suit by investors for denial of justice, where the uncertainty produced by the split between these courts affects their economic interests.

An irony: though I don’t know Born’s own personal views on the issue, the investment arbitrator/counsel clique to which he belongs tend overall to resist the idea that their many contradictory decisions be resolved through any real appeals mechanism.