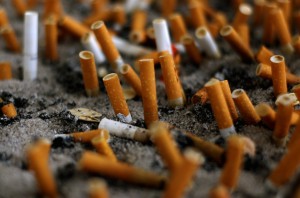 Freely translated by Anoosha Boralessa (July 2015). Not revised by bilaterals.org or any other organization or person.

The position of REDES–AT Uruguay on the recent ICSID decision

Devastating news for Uruguay and the WHO Framework Convention on Tobacco Control.

The arbitral tribunal of the International Centre for the Settlement of Investment Disputes (ICSID), an organ of the World Bank, has ruled that it had jurisdiction to rule on the claim brought by the US tobacco company, Philip Morris (which has its operational base in Switzerland), against Uruguay. This demonstrates once again, the inherent pro-corporate bias and anti-democratic nature of the system for arbitrating investment disputes generally, and that of ICSID in particular. The ruling was a clear defeat for Uruguay, a threat for the health of our nation and a “mega” win for the transnational company.

Even though the Uruguayan defence made robust arguments, the ICSID tribunal ruled against our country and decided to allow Philip Morris’s claim to proceed. Thus it failed to take account of the Bilateral Investment Treaty (BIT) between Switzerland and Uruguay which formed the basis for the transnational’s claim. Article 2 of this treaty clearly states that investors shall not challenge measures of public health as an indirect expropriation of their investments.

In its decision, the tribunal furthermore failed to take into consideration that the tobacco company would have to seek amicable settlement for six months and then process its claim within 12 months in the Uruguayan national courts before it could elevate the claim to the consideration of an international investment arbitral tribunal. This is what the Swiss-Uruguay BIT clearly provides.

Finally, the tribunal also rejected the following argument: that because Philip Morris’s businesses in Uruguay did not contribute to the host country’s development (here Uruguay), a requirement of the ICSID Convention, its businesses should not be qualified as an investment that should be protected under the Swiss - Uruguay BIT. [Far from contributing to the country’s development], these businesses led to Uruguay incurring costs amounting to many millions of dollars for health expenses related to illnesses derived from smoking.

These should be sufficient grounds for the arbitral tribunal to refuse to hear the claim that the tobacco company brought against Uruguay. This was the focal point around which the Uruguayan government and its lawyers centred its strategy and quantified its hopes, wrongfully pinning their faith on the impartiality of an arbitral tribunal administered by the World Bank. Furthermore, the criticisms made by the global civil society and other progressive governments in the region such as Bolivia, Ecuador and Venezuela, which, in recent years, decided not to submit to ICSID arbitral tribunals, have been ignored.

While Philip Morris is emboldened, claiming with reason that the ICSID decision opens the doors for this tribunal to review and to challenge the regulatory policies on tobacco that Uruguay established under the administration of the oncologist, Tabaré Vázquez, the Uruguayan government must acknowledge the errors it made in conducting this case. It is also necessary to resume the initial program that the inter - ministerial team had set up, to seek support from international civil society campaigns. It also has to seek out alliances with Latin American Governments that are beginning to question the legitimacy of arbitral tribunals settling disputes where public health policies and other public policies, adopted democratically and by sovereign states, are at stake. Moreover, in this case, these policies were adopted to implement international obligations on public health.

Philip Morris has just lost similar legal proceedings against Australia and Norway, in the national courts of these countries. But with this ICSID ruling in hand, the tobacco company will feel encouraged to continue to intimidate other countries that wish to protect the health of their population. This is a huge win for the company against Uruguay and WHO Framework Convention on Tobacco Control (FCTC), the only binding multilateral convention on public health in the World Health Organization.

REDES – Amigos de la Tierra Uruguay (REDES – AT) agrees with the official opinion of the Uruguayan government, that “the procedural grounds that Uruguay presented (through the law firm Foley & Hoag) for ICSID to dismiss the case were strong”, according to information published by the agency EFE. However, as we maintained sometime back, these reasons were insufficient as the tribunal’s decision demonstrates. In order to face the next stage of this proceedings and the growing threat of this type of claim against the Uruguay, brought under BITs, mainly signed in the 1990s by neoliberal governments and in the context of an exponential increase of foreign investment in the country, it is necessary to admit this defeat and the errors made, instead of trying to disguise it as a “warm-up”.

The Strategy of Silence

Our position is that the official strategy, of hiding information on the case, was perhaps one factor causing this defeat. REDES- AT made several formal requests for information. These requests yielded no disclosure. If we had this information, we could have orchestrated an international campaign to get the support of civil society. We could have presented an amicus curiae brief. By doing so, we could have made important arguments in Uruguay’s defense so that the decision went the other way.

Furthermore, the Uruguayan government did not take advantage of the enormous sympathy that the public throughout the world and many governments had for our anti-tobacco legislation and the defense of our sovereign norms. Neither did it harness the solidarity and explicit support, that governments throughout the world demonstrated, during the Third Conference of the Parties (COP) of the FCTC that took place in Punta del Este, in November 2010, soon after Philip Morris initiated its claim against our country. If it had correctly channelled this sympathy and manifest support, the Uruguayan government would have increased the pressure on the arbitral tribunal, so that it would reject the claim brought by the transnational tobacco company. Instead, the official strategy was self-imposed silence. Despite the worldwide rejection of Philip Morris’s actions, evidenced through this multilateral pressure that was growing against the corporate bid to go after eight countries that had signed the FCTC (claims against Australia and Norway in other fora) and against the Convention itself, the Uruguayan delegation, at the fourth session of the Conference of the Parties of the FCTC, November 2012 in Seoul, South Korea, opted to keep its mouth shut.

At this point, it was clearly due to betting on a strategy requiring solidarity and explicit international support from other countries affected and the entire FCTC against the claim brought by Philip Morris. It was also due to the proposal that the COP issue a declaration or a message directly addressed to the ICSID arbitral tribunal, urging that it should refuse jurisdiction to decide on this matter and request instead that the FCTC assert jurisdiction to decide on this and other similar matters. This type of message, as well as the fact that it was discussed during COP IV in Seoul, would have probably contributed to dissuading the arbitral tribunal to proceed with the claim that it has now decided.

The spokesperson for the Uruguayan government, the Deputy Chief of Staff, Dr Diego Cánepa, is right when he says that the “technicians (in this case, the law firm Foley & Hoag) do not want to lose a test case like this” as is cited in the EFE. But surely, their motives for not wanting to lose are less altruistic than imparting justice. All these law firms live and profit from this new industry that represents the claims of investors and transnationals against States. These law firms are clearly “an interested party” and this is a key factor in the proliferation of these claims. The “technicians” act indiscriminately, sometimes as lawyers representing claimant investors and transnational businesses, and at other times, lawyers defending the respondent governments; and yet on other occasions, sitting as arbitrators on the tribunals. A good example is James Crawford. He was inexplicably chosen by Uruguay as the ICSID arbitrator yet was, at least till March 2012, the attorney representing the US oil company Chevron in its claim against Uruguay’s sister state, the Republic of Ecuador.

And Dr Cánepa is also right when he says that “it is necessary to be prepared for a long arbitral proceeding” that he considers that “will draw to a conclusion at the end of 2015”. Uruguay now will have to continue to pay the costs of arbitration. The United Nations Conference on Trade and Development (the English acronym for which is UNCTAD) has calculated that these costs will total around eight million dollars for each party. Furthermore, there is now a far greater risk that Uruguay will have to pay a significant sum to Philip Morris. That company is claiming two billion dollars which represents approximately 5% of the national GDP.

An Opportunity to Take Remedial Action

Despite this, REDES - AT considers that the Uruguay government has one more opportunity to correct its direction and to challenge more decisively the claims brought by the transnational tobacco company, which disguised itself as Swiss simply by presenting its claim under the Uruguay – Swiss BIT. If it were a football match, we would say that Uruguay is losing 1 – 0, and that from now on, we will have to play our opponents’ game, knowing that the arbitral list is biased in favour of our rival. In these circumstances, the best defence is to attack or to go on the counter-offensive, correcting our roadmap and this time publishing information on the case and forming alliances with civil society organizations and governments that, at the global level, are more than ready to support Uruguay in this cause. In this sense, we must seek the support of governments that have trodden a critical path in respect of both BITs and arbitral tribunals; particularly those governments in the region, that gathered together just over two months ago, and decided in Guayaquil, Ecuador to establish an Observatory, to promote BIT audits and to establish a Congress of Latin American States affected by Transnational Interests.

Also, Uruguay must now, at the very least, undertake to revise its BITs, starting with its BIT with Switzerland. This is what we, REDES - AT, Uruguay and Alliance Sud, the most important coalition of Swiss NGOs advocating for development and the rights of the people of the Global South, are making a joint request for. The minimum proposition must be to exclude both international arbitration as a mechanism to settle disputes and the concept of “indirect expropriation” which forms the basis for Philip Morris’s claim.