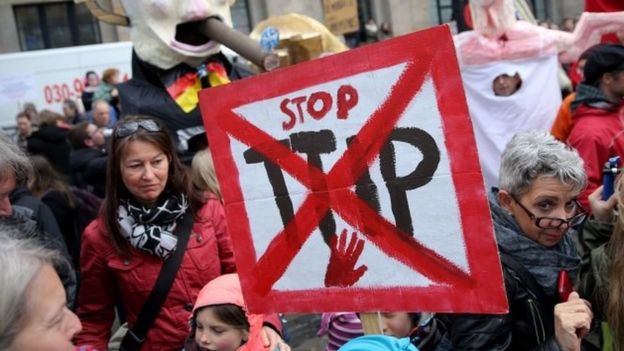 The post-TTIP transatlantic cooperation on trade: Stepping up conformity assessment

On 18th January 2019, the European Commission published the draft negotiating mandates for its trade talks with the United States, which followed the US-EU Joint Statement on stepping up the bilateral cooperation summing up the Trump and Juncker’s meeting in July 2018. Putting the idea of an ambitious trade deal to the side, the mandates cover two areas where the prospects of the agreement seem less contentious – eliminating tariffs on industrial goods and stepping up conformity assessment (CA) cooperation. The latter is chosen to serve one of the main negotiating objectives of both sides to remove non-tariff barriers (NTBs) that are estimated to have even a more profound effect on trade than tariffs in some areas and thus being of particular concern to the bilateral trade relations. Stepping up CA is also listed as one of the US Negotiating Objectives recently published by the USTR, since the US identifies European CA among main trade barriers to the EU market in its 2018 Foreign Trade Barriers report.

The CA cooperation, however, as this blog clarifies, does not imply cooperation on the content of regulatory disciplines and does not go further than recognition of certificates/ testing/ approvals issued by each Party’s regulatory authorities, making it a less ambitious mechanism than as had been initially intended under the TTIP (“Regulatory cooperation chapter”). However, despite being a “low hanging fruit” in comparison to regulatory cooperation, it still might be difficult to accomplish as the previous efforts on mutual recognition between the US and EU demonstrated. Over the years, though, the CA cooperation models have been stepped up, which is very well manifested in the recently negotiated CETA that might serve as a positive example for the future US-EU cooperation in the area of CA.

Mutual recognition of conformity assessment: any reasons to fear standards being lowered?

It is important to clarify at the outset that mutual recognition of CA is merely a procedural method and should not be confused with the mutual recognition of rules requiring acceptance by the parties of each other’s regulations as equivalent in satisfying the regulatory objective. In general terms, it implies that partner countries mutually designate exporting country’s conformity assessment bodies (CABs) to approve products according to importing country rules without a need for additional certification in the importing country. It is crucial to understand that the applicable regulations remain the same while market access is facilitated on account of avoiding duplicative testing, certifications and inspections. By providing possibilities for the approval procedures to be held in the exporting country, it also implies more certainty for businesses and a reduced time to market. This approach, on the bright side, is less likely to create risks of undermining the levels of protection on both sides of the Atlantic and thus, would cause less drama associated with the regulatory cooperation talks. On the other hand, even though CA cooperation seems to be less controversial, it is still not easy to accomplish as it requires a high level of assurance in capability of CABs of both sides to provide the necessary testing, which, as the history of US-EU 1998 MRA demonstrates, might be a stumbling block.

The US-EU MRA of 1998 led to partial success: out of the six initially covered sectors, two remain operational to date. The fact that it did not live to the expectations could be roughly explained by two main reasons: institutional challenges and substantial differences between regulatory approaches.

Institutional challenges and a lack of trust between the regulatory authorities

Because of the intersection with domestic regulatory policy, MRA negotiations immediately faced a backlash in the US orchestrated by government agencies such as the Food and Drug Administration (FDA) or the Occupational Safety and Health Administration (OSHA), which are quite independent in their regulatory domains. Their position was not always aligned with the trade negotiators from the Commerce Department and USTR. It turned out to be less of an issue in the EU, since it has a more clear-cut structure where the European Commission has a leading role in pursuing trade policy and ensuring public safety. In practical terms, it led not only to the numerous pushbacks within the negotiating process, but also made the implementation process difficult. For instance, within the electrical safety sector, despite the MRA requirements, OSHA refused to designate the European CABs to provide certification because of the lack of trust in their procedures that in its view could undermine the levels of safety, which further led to the suspension of the MRA for this sector (2004 US Barriers to Trade and Investment Report, p. 6).

Another reason for the MRA’s failure was the fundamental difference between the US and EU regulatory systems in undertaking conformity assessment. The CA cooperation still requires a certain level of convergence to work smoothly, since with substantial difference in regulation, CA infrastructure in partner countries might not even be comparable. This is clearly illustrated by the MRA negotiations, where only sectors with a higher degree of convergence succeeded from the very beginning: telecommunications and electromagnetic compatibility have always been very reliant on international standards both in the US and EU (based on IEC and ITU deliverables). Another evidence for regulatory compatibility as a precondition for MRA is the fact that some sectors have become operational only after a certain level of harmonization had been undertaken. In 2004, the US and EU concluded a new MRA on marine equipment that relies on harmonization with International Maritime Organization Rules. Negotiations on pharmaceuticals also finally succeeded with the signing the amended Sectoral Annex on Pharmaceutical Good Manufacturing Practices in 2017 following the EU’s regulatory agencies joining the Pharmaceutical Inspection Co-operation Scheme, international organization providing common rules for pharma inspections.

When thinking of future forms of CA cooperation between the US and EU, one might look at the example of CETA and in particular, its Protocol on the mutual acceptance of the results of conformity assessment, which is in fact the largest MRA in terms of sector coverage (11 sectors are initially included and 6 are to be considered within 3 years), but most importantly, it has certain features that could cure some shortcomings mentioned above. This assumption is reiterated by the fact that Canada also previously had an MRA with the EU, which faced pretty similar implementation challenges (Staff Working Paper, p.9). The Protocol could help to avoid institutional challenges at the implementation stage, i.e., lack of trust that leads to lengthy and complicated designation procedures of CABs by other party’s regulatory authorities, as well as assist in maintaining a certain level of uniformity of CA procedures and thus, as well resolve some differences in the certification approaches.

Based on the specific multilayered confidence-building mechanism, it allows for CABs to be designated at home without the need for additional approval in the exporting country. This is made possible by providing mandatory accreditation – either by the Standards Council Canada (SCC) or one of EU’s accreditation bodies in each Member state. The accreditation bodies are mutually recognized which also implies that accreditation can as well be held in the exporting country without the participation of importing country’s authorities. Additional level of trust is ensured by the accreditation body’s mandatory membership in international quality networks – International Laboratory Accreditation Cooperation (ILAC) and International Accreditation Forum (IAF), as well as the requirement to observe a list of quality parameters for CABs under Article R17 of Annex I to Decision 768/2008/EC or equivalent provisions. Although the Protocol’s approach cannot effectively address problems associated with substantial differences in regulation, at least it provides a step forward in addressing the procedural challenges, which might as well be useful for future US-EU talks.