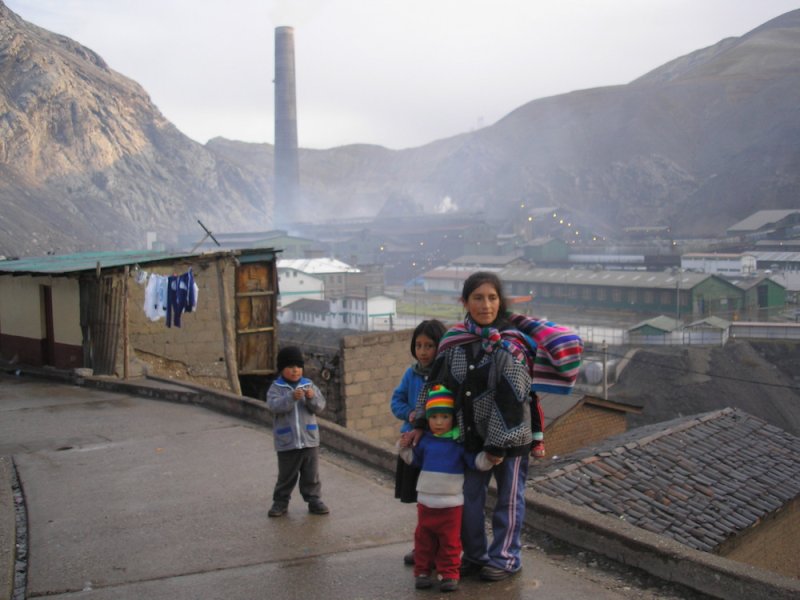 The real problem with free trade

Even if free trade is ultimately broadly beneficial, the fact remains that as trade has become freer, inequality has worsened. One major reason for this is that current global trade rules have enabled a few large firms to capture an ever-larger share of value-added, at a massive cost to economies, workers, and the environment.

NEW DELHI – For most critics of globalization, trade is the villain, responsible for deepening inequality and rising economic insecurity among workers. This is the logic driving support for US President Donald Trump’s escalating tariffs. Why, then, does the message resonate far beyond the United States, and even the advanced economies, to include workers in many of the developing countries that are typically portrayed as globalization’s main beneficiaries?

Free trade is hardly the only – or even primary – source of inequality and insecurity worldwide. Surprisingly, one enduring problem that provokes far less popular backlash is that finance continues to dominate the world economy, generating substantial instability and mounting risks like those that led to the 2008 global financial crisis.

Moreover, some countries continue to pursue fiscal austerity, instead of consolidating their budgets by, say, addressing large-scale tax avoidance and evasion by major companies and wealthy individuals. And labor-saving innovations continue to be developed and deployed, producing “technological unemployment” among some groups.

Some argue that free trade is being demonized simply because people do not understand what is in their own best interest. But that is both patronizing and simplistic. Even if free trade is ultimately broadly beneficial, the fact remains that as trade has become freer, inequality has worsened.

One major reason for this is that current global rules have enabled a few large firms to capture an ever-larger share of the value-added from trade. Specifically, the proliferation of global value chains has enabled powerful multinational firms to control the design, production, and distribution of traded goods and services, even as various segments are outsourced to smaller firms far from final markets.

These firms often benefit from intellectual-property monopolies, reinforced by free-trade agreements designed to strengthen corporate power. These enable them to collect massive economic rents, especially at the pre-production (including design) and post-production (marketing and branding) stages, where the most value-added and profit is generated.

Meanwhile, increasingly intense competition in the production phase drives down prices, so that the actual producers, whether employers or workers, receive diminishing shares of the value pie. The upshot of this system is that many developing countries that should have benefited from the globalization of value chains have remained confined to low-productivity activities that yield only limited economic value and do not even foster wider technological upgrading.

The forthcoming Trade and Development Report 2018 by the United Nations Conference on Trade and Development (UNCTAD) captures how top firms have steadily increased their share of total exports, and now dominate global trade. Ironically, this trend has intensified since the 2008 global financial crisis, which cast a spotlight on the disproportionate market power of the few and the outsize gains going to the top 1% of the income distribution.

UNCTAD’s research also shows that, for both developed and developing countries, integration into global value chains correlates with declining shares of domestic value-added in exports. The share of actual production in domestic value-added has also declined, as has the share of the remaining value-added accrued by labor. One potential driver of the latter trend is that, by drastically enlarging the global labor supply, the economic integration of countries with large populations like China and India has increased the bargaining power of capital relative to labor.

The only significant exception to these trends is China, which has designed industrial policies specifically to increase the share of domestic value-added and to improve workers’ conditions. Ironically, it is these measures, which have helped offset some of the negative effects of free trade, that Trump has condemned in his pursuit of policies that will do little to protect workers.

But the implications of allowing a few global corporations to wield such vast market power extend further. For one thing, such concentrated economic power makes it more difficult for countries to industrialize, because local companies cannot expect to compete with established multinationals. For another, it prevents developing countries from reaping the full benefits of rising commodity prices, though they gain no protection from price downturns. The ability of large corporations to underprice natural resources also encourages excessive extraction, pollution, and environmental degradation – outcomes that they disingenuously present as the “price of development.”

Consumers also suffer. Yes, major multinationals can offer low prices. But their massive market power leaves consumers at their mercy in every sphere, from manufacturing to financial services to digital technologies.

The more power these companies have, the more they can accrue, as they use their influence to shape regulatory systems, economic policies, and even tax regimes. The result is a weakened state that serves the interests of the few, rather than protecting the many. Those who claim that redistribution can adequately address this problem must address the fact that the “losers” of free trade have so far received little, if any, compensation.

Globalization’s detractors are right that free trade has created serious imbalances. But a trade war completely misses the point. The problem is not that free trade has led to too much global competition, but rather that it has enabled a few companies to secure monopolies or near-monopolies. This has given rise to massive inequalities, blatant rent-seeking, and predatory behavior. Only by addressing these trends can the benefits of trade be increased and equitably shared.

Jayati Ghosh is Professor of Economics at Jawaharlal Nehru University in New Delhi and Member of the Independent Commission for the Reform of International Corporate Taxation.