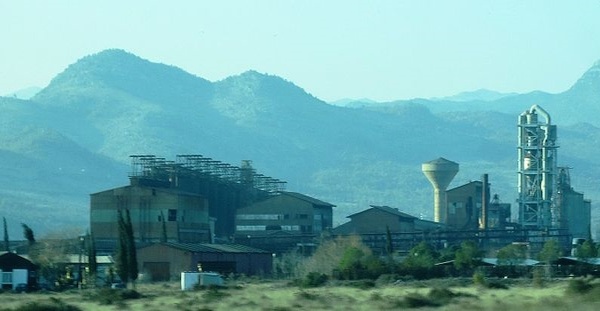 The requirement of “effective seat” in CEAC Holdings Limited v. Montenegro: Are we moving towards a double-barreled test for protected “investor”?

Under Article 1 of the said BIT an investor is:

“a legal entity incorporated, constituted or otherwise duly organized in accordance with the laws and regulations of one Contracting Party, having its seat in the territory of that Contracting Party [… ]” [Emphasis ours]

The main point of contention therefore was whether CEAC really had “its seat” in the Republic of Cyprus. The Claimant insisted on a low threshold of a mere “registered office”, while the Respondent asserted that the threshold that must be met is a high one involving “management and control”. The tribunal however found that the evidence presented by CEAC – who bore the burden of proof – did not satisfy even the lower threshold proposed by itself since it failed to show that it had, e.g., any premises of its own at the claimed address which had been open to the public.

The criterion applied by the tribunal in respect of “seat”

In making its decision the tribunal avoided express renvoi to municipal law but took it into account as a background to its interpretation as other tribunals have previously done. (Tenaris S.A. and Talta-Trading e Marketing Sociedade Unipessoal LDA v. Venezuela (ARB/11/26, Award 29 January 2016, para. 169.) The tribunal stated that:

“[…] if it is to be considered to be a company’s registered office […]: (a) It must consist of a physical premises – a vacant plot will not do; (b) The company must have some right (by way of ownership, lease or license) to use the property or part thereof […]; (c) The premises must be accessible to the public (for at least two hours on each business day) for inspection of the various books and registers […] and for service of documents and notices upon the company; (d) The books and registers that a company must by law maintain in its registered office should actually be held there; and (e) The relevant company’s name should be painted or affixed on the outside of the office […]” (Award, para. 171)

The standard of proof required by the tribunal was “sufficient and persuasive evidence”. (Award, para. 183)

Given, however, that the alleged premises of CEAC appeared empty and were inter alia inaccessible for courier delivery the Claimant failed to meet its burden of proof. For these reasons, the tribunal ultimately held that it lacks jurisdiction to deal with the case. (Award, para. 212)

Comparison with other decisions

A number of previous tribunals have been called upon to deal with the same issue. For example, in Tenaris S.A. and Talta-Trading e Marketing Sociedade Unipessoal LDA v. Venezuela (ARB/11/26, Award, 29 January 2016) it was decided that the terms “siège social” and “sede”, as used in the applicable Luxembourg and Portuguese Treaties, similarly mean the “place of actual or effective management.” (Ibid., para. 154)

The Tenaris tribunal however took into account the fact that for “a holding company, or a company with little or no day-to-day operational activities, its day-to-day ‘management’ will necessarily be very limited […]” (Ibid., para. 199)

In the case of Alps Finance and Trade AG v. Slovak Republic, (UNCITRAL, Decision on Jurisdiction, 5 March 2011) the tribunal required proof that:

“[…] the place where the company board of directors regularly meets or the shareholders’ meetings are held is in Swiss territory; there is a management at the top of the company sitting in Switzerland; the company has a certain number of employees working at the seat; an address with phone and fax numbers are offered to third parties entering in contact with the company; certain general expenses or overhead costs are incurred for the maintenance of the physical location of the seat…” (Decision on Jurisdiction, para. 217)

It must be noted, however, that in this case the definition of “investor” contained in the applicable Czech-Slovak BIT required that “real economic activities” be carried out in the territory of the respective State. Such requirements have been inserted in many investment treaties so as to exclude mailbox and paper companies from investment protection. (See Yaung Chi Oo Trading Pte Ltd. v. Myanmar, ASEAN I.D. Case No. ARB/01/1, Award, 31 March 2013, para. 52, where the applicable ASEAN agreement required “effective management”.)

This approach needs to be compared with BITs providing merely that a qualified investor is one who has his place of incorporation in the territory of the home State. For instance, in Tokios Tokelės v. Ukraine (ARB/02/18, Decision on Jurisdiction, 29 April 2004) the tribunal recognized that “the Claimant is an ‘investor’ of Lithuania under Article 1(2)(b) of the Ukraine-Lithuania BIT based on its state-of-incorporation.” (Ibid., para. 43).

In such cases, a mere certificate from the respective trade register will suffice as proof of corporate nationality (Tokelės v. Ukraine, para. 43) contrary to the situation in CEAC v. Montenegro where the panel opined that such certificates “constitute only prima facie evidence.” (supra, para. 155)

At least on one occasion an arbitral tribunal has refused to take the term “place of incorporation” at face value and proceeded to satisfy itself that the Claimant-company was actually managed from the purported place of business, that the majority of its contracts were concluded there, that it submitted its financial statements in that State, etc. (Société Civile Immobilière de Gaëta v. Guinea, Award, 21 December 2015, paras. 144, 155, 165, 179)

In that case however, taking into account the agreement of the parties as to the applicable law, the tribunal applied French law in determining the nationality of the investor. (Ibid., para. 139) Contrary to this approach, the majority of tribunals seem to agree that international law should be applied and a renvoi to national law is excluded. (Alps Finance and Trade AG v. Slovak Republic, para. 196; Tenaris S.A. v. Venezuela, para. 169)

The above overview of arbitral practice shows that great attention must be paid to the text actually used in the applicable treaty. Thus, the tribunal in Saluka Investments v. The Czech Republic has stated that:

“…the Tribunal must always bear in mind the terms of the Treaty under which it operates. Those terms expressly give a legal person constituted under the laws of The Netherlands – such as, in this case, Saluka – the right to invoke the protection of the Treaty. To depart from that conclusion requires clear language in the Treaty, but there is none […]” (Partial Award, 17 March 2006, para. 229)

Consequently, when the parties to the BIT have referred merely to the place of incorporation of the investor it is not the for the tribunal to retrospectively replace their expressed will by importing interpretations requiring effective management or control.

Similarly, when determining the relevant threshold regard must be had to the particulars of the respective corporate claimant (e.g., whether its chosen corporate form presupposes lesser on-site activity) and in any event, caution must be exerted so that arguments deriving from awards dealing with additional requirements such as “real economic activities” are not transposed to cases in which the applicable provisions require mere “place of incorporation”.

Given the multitude of approaches used by previous tribunals the question arises whether we are moving towards a double-barreled test requiring that to qualify as a protected “investor” the claimant must satisfy not only the elements enumerated in the applicable BIT but also other elements deriving from arbitral practice as is the case with qualified “investments” which need to satisfy not only the requirements of the BIT but also those of the ICSID Convention since the latter was intended to protect only qualified investments and not ordinary commercial transactions.

The answer to the above question is clearly “no”. As stated in the preceding section, it is not for arbitral tribunals to correct the wording actually used – if the contracting States have accepted the place of incorporation as the leading criterion, that is the end of the matter. (See Tenaris S.A. v. Venezuela, supra para. 196)

“Seat”, on the other hand, has been consistently accepted to mean something more than a mere “registered office” and requires “a more significant economic relationship”. (Christopher Dugan et. al., Investor-State Arbitration (OUP: 2008) p. 307)

In this respect, one last observation needs to be made. In CEAC v. Montenegro the tribunal determined that the critical date for determining the existence of a seat is the date of filing of the application.

Similarly, the tribunal in Vacuum Salt v. Ghana has firmly denied a rule of continuous nationality in respect of juridical persons:

“…plausible justification exists for requiring continuous nationality (at least to the date of registration of a request for arbitration) of an individual but not of a juridical person…” (Award, 16 February 1994, fn 9 as cited in Christoph Schreuer, The ICSID Convention: A Commentary (CUP: 2009) fn. 905 p. 276.)

Nevertheless, in cases in which the applicable BIT refers to a “seat”, if the situation preceding the date of the dispute is disregarded the purported investor may turn out to be a mere shell company designed to gain access to investment arbitration and having a fictitious seat. Notably, Douglas has stated that: “[t]he claimant must have had the relevant nationality at the time of the alleged breach of the obligation forming the basis of its claim and continuously thereafter until the time the arbitral proceedings are commenced”. (Zachary Douglas, The International Law of Investment Claims (CUP: 2009) p. 284)

Admittedly, the text of the Convention requires a form of continuous nationality only in respect of natural persons, but the omission regarding juridical persons could be explained by the fact that the drafters desired to emphasize that no subsequent date is to be taken into account since in those cases in which “foreign control” is involved (See Article 25(2)(b) in fine) such control may have been excluded by the expropriatory act, i.e. by taking the shares in a given company the host State may strip it of foreign control and thus paralyze the claim.

This does not imply however that the situation preceding the breach is irrelevant, otherwise a carte blanche would be given to rogue investors to go forum-shopping. Importantly, in Tenaris S.A. v. Venezuela the claim of the investor was registered in 2011, but the tribunal examined evidence of board meetings in the period 2009-2011. (supra, paras. 8, 12, 210, 213, 224)

It would therefore be interesting to see whether future tribunals would apply the same approach to the critical date as the one used in CEAC v. Montenegro.