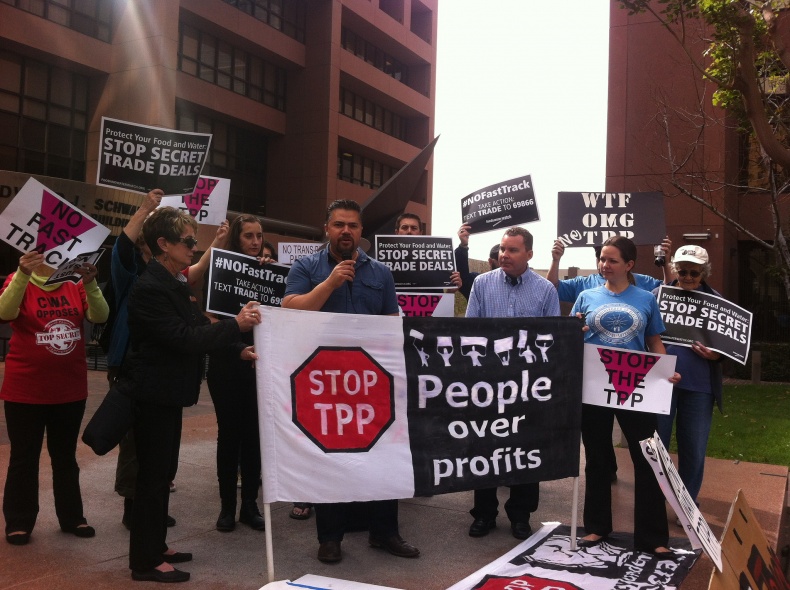 Even the loudest advocates of the Trans-Pacific Partnership concede that the macroeconomic benefits for Canada will be small, as we have written before. Canada’s former trade minister promised a $3.5 billion boost to the Canadian economy — a fraction of a percent — if the massive trade treaty goes ahead. The most optimistic forecasts, including a recent report from the World Bank, point to an increase of around one per cent to the Canadian economy by the year 2030.

Nevertheless, business groups, right wing think tanks and other TPP cheerleaders have been singing the deal’s praises, downplaying its clear harms and calling for its timely ratification. These commentators would have us believe that Canada has nothing to lose and at least something to gain from the TPP, if only we would act quickly to push it forward.

But if the economic argument for the deal was weak before, a new study from researchers at the UN and Tufts University may have finally laid the case to rest. Their analysis shows that Canada can expect a mere 0.28 per cent increase to GDP growth — effectively zero change — over the next ten years if the TPP is implemented. The situation is worse for the U.S. and Japanese economies, which will actually shrink under the TPP, according to the authors.

More troubling is the TPP’s effect on employment. The study suggests that despite a negligible macroeconomic impact, ratifying the deal will lead to 58,000 net job losses in Canada over the next ten years. In other words, the TPP won’t grow the Canadian economy but it will hurt workers, who will see their share of the economic pie shrink by 0.86 per cent under the deal.

In fact, the authors argue, the TPP will lead to "job losses and higher inequality in all participating economies" (and in many other countries that aren’t even part of the deal). The net employment impact of the TPP will be millions of jobs lost. This is in part because greater capital mobility and more integrated supply chains will encourage costcutting across the globe. And when employers cut costs to compete in the world’s largest free-trade zone, jobs and wages will be one of the first targets for savings.

Why don’t other macroeconomic forecasts predict job losses from the TPP? Incredibly, it is because most other forecasts assume stable, full employment. TPP advocates have simply shrugged off the implications for labour when assessing the deal’s likely consequences. This new study does not make the same oversight.

Trading our sovereignty for… what exactly?

The list of TPP "cons" is long: among other issues for Canada, it will increase drug costs, rattle the agricultural sector and undermine Internet freedom. Most worrying of all, it will give new rights to foreign corporations to sue Canadian governments for regulations enacted in the public interest.

But if the TPP ever had a saving grace — one item for the "pro" list — at least it was going to grow the economy and create jobs. As the evidence mounts against even modest macroeconomic benefits, however, the "trade-offs""), this is a message she needs to hear. A deal that costs too much and delivers too little is not a deal that Canada needs.