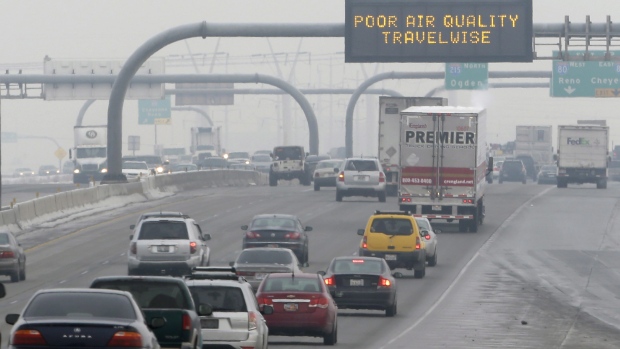 The Volkswagen scandal and TTIP

I was recently asked about VW and TTIP by a citizen on the street. The gentleman believed that the exhaust scandal, discovered by the US, revealed that the myth of the lax safety and environmental standards in the United States is merely a fantasy of the anti-TTIP movement. I would like to explain how in my view this conclusion is wrong and illustrate how the Volkswagen scandal is really linked to TTIP.

The Volkswagen scandal has, above all, shown to the general public what had long been clear to people in Europe who are campaigning for better air quality: the car industry has too much influence on politics in Europe. This also explains why to date, the Member States and the EU Commission have not done anything, even though it was already clear before the VW scandal that there is an increasing discrepancy between test values and real exhaust values. The competent authorities had been informed about the irregularities at least 18 months earlier. Because of this scam, millions of people in Europe are exposed to increased air pollution. In the EU, 20 Member States cannot comply with the legally prescribed minimum standards for good air quality.

In the same way the car industry negatively influences air pollution legislation behind closed doors and through colossal lobbying efforts, they also try to pull the strings behind the scenes of the TTIP negotiations. An alliance of the largest groups in the European and US-American automobile sector – including big names like Fiat Chrysler, Daimler, Peugeot, Volvo and Volkswagen – is calling for a quick conclusion of the negotiations. The interest of the car industry in the agreement is easy to explain. It is expecting additional revenues of 18 billion euros per year and would probably be among the biggest beneficiaries of TTIP.

There are hardly any customs duties on trade between the USA and EU anymore; consequently, the mutual recognition of standards is at the core of the negotiations. This is, for instance, relevant for technical regulations, environmental standards, and regulations on the safety of food and medicines or precisely regulatory compliance of motorised vehicles.

On both sides of the Atlantic we hear the claim that the standards in industry only differ in certain minor areas, whereas in important areas they are “substantially equal.” Therefore, the negotiations on the TTIP agreement could be concluded rapidly. This, however, is fundamentally challenged by some interesting news from the United States.

In the USA, the car industry has been accused of withholding a study which reveals that cars produced in Europe are safer than their American counterparts when it comes to front-side collisions. Experts judge this type of accidents as extremely dangerous because they often lead to major injuries. The vast study was originally commissioned by the motor industry to show that existing European and American safety standards are largely similar. It was then kept secret out of fear that the unexpected findings could hinder the ongoing TTIP negotiations.

This clearly illustrates what we can expect if the TTIP agreement was to be concluded in its present form. Volkswagen and others would be able to circumvent the strict exhaust standards of the United States by registering cars in Europe and, in reverse, American manufacturers would be able to avoid the strict safety standards in Europe. The industry would make massive profits at the expenses of the environment and consumer safety.

Just like the Volkswagen scam, the cold-blooded concealment of this safety study reveals that we need public awareness. There is an urgent need for an honest discussion about the power and influence of the motor industry and about the political consequences of both scandals. The issues here are not minor problems, but rather serious criminal actions at the expense of the environment, health and consumers.

It is, however, just as important to eventually have an honest debate about the TTIP agreement. It is not enough for the Juncker Commission to make a new proposal for international arbitration. The new proposal is unfortunately just sugar-coating, which changes nothing about the basic problem of a parallel justice system for foreign investors. What we really need is transparency and a dialogue to ensure that our social, environmental and health standards are not violated.

I am therefore delighted that more than three million citizens and many NGOs have joined the European Citizens’ Initiative against TTIP and gathered last Saturday for the global action day against TTIP. This sends a strong message to Jean-Claude Juncker’s Commission. It is high time that they pay attention.