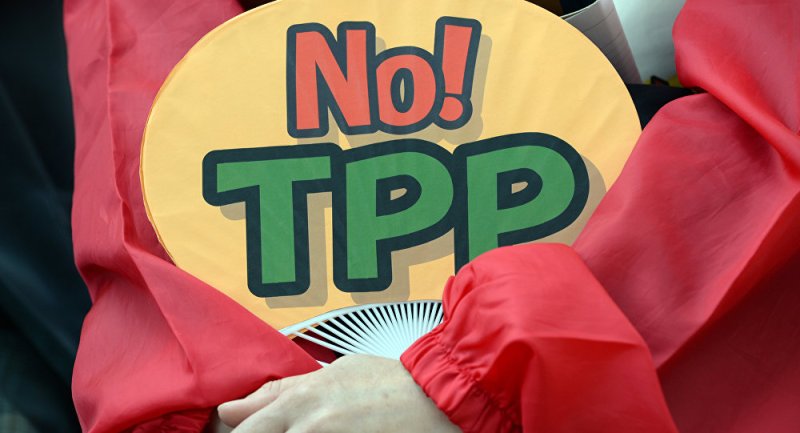 by RYOHEI YASOSHIMA and JUN YAMAZAKI

HANOI — The remaining members of the Trans-Pacific Partnership showed some level of unity in a statement Sunday, but the outlook for a "TPP 11" version of the trade pact after the U.S. ditched the deal looks hazy amid gaps on some issues.

Ministers of the 11 countries met in Vietnam amid an Asia-Pacific Economic Cooperation forum, compiling a statement that emphasized the expected economic benefits of the 12-nation pact reached in October 2015. The 11 countries look to conclude talks by November on an alternative arrangement without the U.S. to implement the agreement quickly, the statement said.

The 12-nation pact requires ratification by at least six members accounting for 85% of the aggregate gross domestic product. The absence of either Japan or the U.S. — the two biggest economies in the deal — would require a fresh agreement.

The 11 countries’ commitment has been confirmed, Nobuteru Ishihara, Japan’s economic and fiscal policy minister, told reporters in Hanoi after the meeting. He also revealed that chief negotiators will meet in Japan in July, adding that Tokyo would serve as a bridge to lure back Washington — though the U.S. is unlikely to return easily.

Washington is not revising its position on leaving the TPP, U.S. Trade Representative Robert Lighthizer said at a joint news conference after the APEC trade minister meeting. He highlighted an emphasis on bilateral free trade agreements, noting that the U.S. would not mind having one-to-one talks.

Japan seeks to maintain the outline of the 12-nation agreement, enacting it with the 11 members. New Zealand and Australia are clearly on board. But Canada and Mexico have been muted in their reaction, perhaps out of caution that stating their stance could affect the upcoming renegotiation of the North American Free Trade Agreement.

Asian countries such as Vietnam, which had agreed to revamp regulations in exchange for a more open American market, may demand revisions to the deal. Malaysia continues observing quietly. Chile and Peru also have been ambivalent.

Sunday’s statement still cited efforts to bring the U.S. back on board, along with opening the door to other countries that share the ideals of the pact.