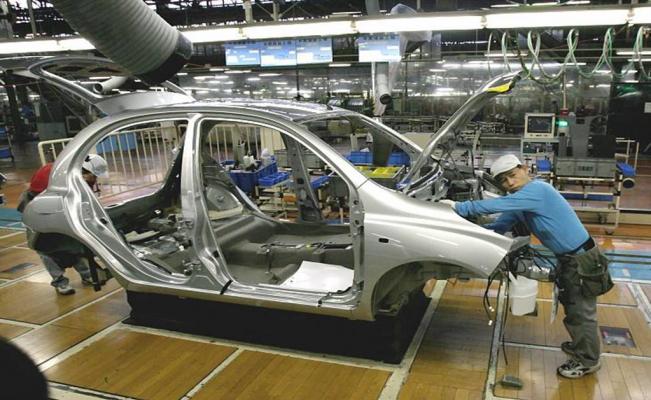 Both of these figures are under the “net cost” method used in the North American Free Trade Agreement (NAFTA), which is calculated by considering only the costs directly related to the production of the vehicle. The TPP also lets automakers use the so-called “build down” method, in which case the content must be 10 percentage points higher, sources said.

This build down method uses the “adjusted value” of the finished vehicle, which includes all costs, profit, general expenses, parts and materials, labor, shipping, marketing, and packing. This method is similar to the one used in Japanese free trade agreements and is preferred by Japanese auto companies.

The package incorporates three significant changes from an original U.S.-Japan agreement on automotive rules of origin that Canada and Mexico rejected at the July TPP ministerial as allowing too many third-country components. The changes require autos and auto parts to include a greater amount of regional content in order to qualify for the preferential TPP duty rate.

The first major change was increasing the regional value content threshold for auto parts from the 30 percent in the U.S.-Japan deal. An Oct. 5 Canadian government fact sheet said the regional value content requirement would be 45 percent for “key Canadian-produced vehicle parts” and 40 percent for “other key Canadian produced vehicle auto parts.”

Sources said most auto parts are placed into these two categories, but a small share will require a lower regional content of 35 percent to qualify for tariff benefits.

The other two changes relate to the rule of origin for finished vehicles, which nominally remained the same as in the U.S.-Japan deal at 45 percent. The first change relates to a separate list of auto parts that would have been considered automatically originating in the region under the U.S.-Japan deal. The second one relates to the methodology for calculating the 45 percent regional value content threshold for finished vehicles.

The automotive rules of origin was one of three key outstanding issues that prevented a TPP agreement at the July ministerial in Maui.

Among the auto parts that will require 45 percent regional content are engines and transmissions, Eduardo Solis, executive president of the Mexican Automotive Industry Association (AMIA), said during an Oct. 7 press briefing in Mexico.

Solis, who offered an overall positive assessment of the TPP deal, said all of the auto parts that were identified as sensitive for Mexico will have a regional value content of 45 percent upon entry into force.

Flavio Volpe, president of the Canadian Automotive Parts Manufacturers Association (APMA), said in an Oct. 7 interview that he believes all of the auto parts the Canadian industry had identified as priorities would be subject to one of the higher regional value content thresholds. Among these priority products were engines, transmissions, chassis, bumper systems, and larger assemblies like axles, he said.

“We’re waiting for final details and the final draft to see if all landed at 45 percent, but our understanding is they received priority treatment,” he said.

APMA in a statement said the final TPP rules of origin were “reasonable,” but that they would have different effects on Canadian auto parts companies. This is because bigger Canadian auto parts companies with global footprints could take advantage of the TPP’s rules of origin, which are lower than in NAFTA, by shifting some manufacturing outside of Canada, the statement signaled. In contrast, small companies that cannot move offshore could suffer, it said.

“Canadian negotiators made a significant, material advance on the automotive parts rules of origin from the proposal they rejected in Maui and these new reasonable terms will have varying effects on Canada’s automotive parts manufacturing,” APMA said.

Despite these changes, the final TPP rules of origin for auto parts fall short of the demands by APMA and its Mexican counterpart, the National Auto Parts Industry (INA), for a regional value content threshold of 50 percent for all auto parts. INA could not be reached for comment.

MEMA Senior Vice President Ann Wilson said her association expected to support the TPP deal, but was withholding final judgment until the text is released and it can be vetted with the group’s members.

“We expect to be supportive, and it’s been a very collaborative process [with the U.S. government], but it is a very large agreement [with] lots of issues and we need to make sure that we take our time and look at it very carefully,” she said in an Oct. 7 interview with Inside U.S. Trade.

With respect to the rule of origin for finished vehicles, the list of auto parts that was considered automatically originating in the U.S.-Japan deal was shortened somewhat in the final TPP deal and the parts contained in it will be required to undergo certain processes to be considered originating. Negotiators refer to this list as the “flexibility mechanism” that was meant to make it easier to meet the 45 percent regional value content for a car.

Among the items included in the list under the U.S.-Japan deal were transmissions, windshield glass, brakes, doors and exhaust systems, Solis told Inside U.S. Trade in August.

TPP parties agreed that, instead of automatically qualifying as originating, these parts would have to undergo a “substantial transformation” in the region. They also further fleshed out what this would entail by identifying specific processes that would confer origin for these parts, sources said.

Among these processes are stamping, heat tempering and “complex assembly,” according to these sources. Other such processes discussed during the negotiation were welding, laminating, pressing, extrusion, metal forming, dye or other casting, forging, molding, machining, or heat treating. Japan pushed for some of these terms to be consolidated during the negotiations because it believed they were redundant.

Specifically, the U.S., Mexico, Canada and Japan agreed that items on the list can only count toward 10 percentage points of the regional value content. The remaining 35 percentage points must be calculated using the otherwise prevailing method for determining whether a part going into a vehicle is originating.

That entails looking at the rule of origin for the individual part. If that part meets its rule of origin, then 100 percent of the value of the part is counted as originating when the regional value content threshold for the entire vehicle is calculated.

The 35-10 breakdown is a change from the original U.S.-Japan deal, under which the parts covered by the flexibility mechanism could be used to count toward 15 percentage points of the 45 percent threshold.

In contrast to the Canadian government, the Obama administration did not provide any details of the automotive rules of origin that were agreed in TPP.

A fact sheet published by the Office of the U.S. Trade Representative touting the TPP as the “best deal for the U.S. auto industry” only said the agreement included “strong” rules of origin for autos and auto parts.