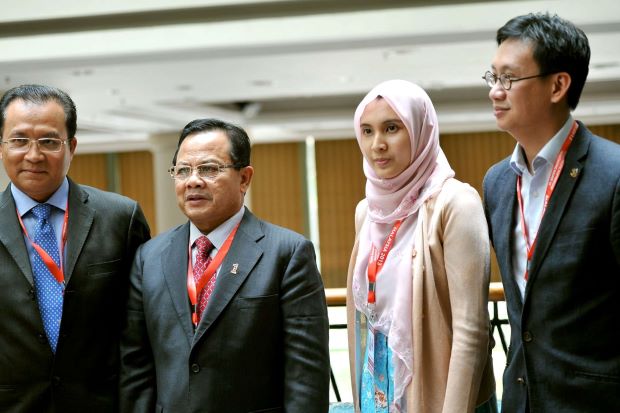 Several Malaysian non-governmental organisations are pushing for the exclusion medical and tobacco businesses from the trade deal because, they say, inclusion will not benefit the people with cheaper medicines and other medical services.

At a press conference later, Malaysian Aids Council policy manager Fifa Rahman said that any trade deal involving medical-related issues should be an exception to the deal.

Such trade deals, she said do not benefit the people as the cost of medicines and other related issues, such as medical machines, are likely to increase as seen in other similar trade deals.

Similarly, SEATCA senior policy adviser Mary Assunta said that tobacco companies should not benefit from such trade deals as respective countries were already taking their steps to reduce tobacco use.

She said there are cases where countries are being challenged in court for enforcing laws to discourage smoking, which the tobacco companies are claiming are in breach of free trade agreements, she explained.

Some 30 interest groups from various countries voiced their concerns about the TPPA on a wide range of issues, including environmental, copyrights and banking among others.

Malaysian MPs from both sides of the political divide also attended the stakeholders meeting to hear the various issues raised and to get a better understanding of the concerns of the people.

Leading the MPs, Barisan Nasional’s Jasin MP Datuk Wira Ahmad Hamzah said that they were studying and gathering information from the stakeholders and would ensure that the country’s interests are protected.

PKR’s Lembah Pantai MP Nurul Izzah Anwar, who was part of the MPs caucus, said that any agreement on TPPA should be ratified by Parliament.