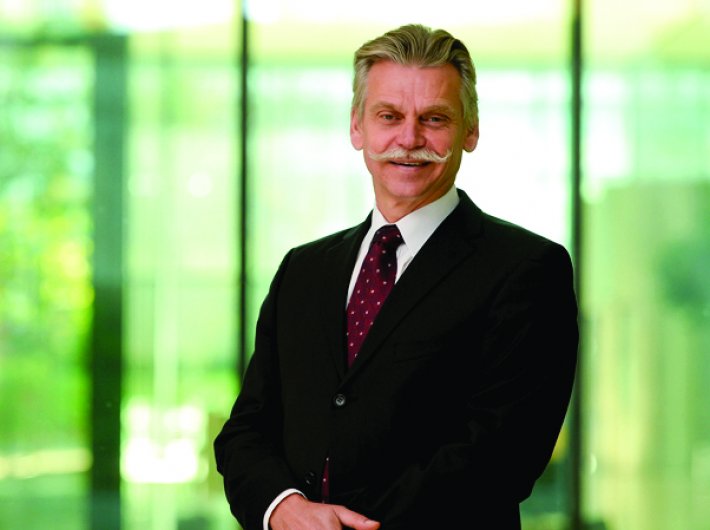 Trade deals can have adverse impact on access to generic medicines

Trade deals like the Regional Comprehensive Economic Partnership (RCEP) are proposing stringent intellectual property enforcement measures. As you know, Indian generic medicines have brought the prices of life-saving first-line HIV medicines down by 99 percent since 2001. Do you echo the concerns of many health activists that the RCEP, which includes India, may have an adverse impact on the manufacture of generic medicines?

Trade deals can have an adverse impact on access to generic medicines when public health concerns are not addressed in these agreements. Indian companies manufacture most of the generic medicines used in developing countries to treat HIV. Free trade agreements with TRIPS+ (the agreement on trade-related aspects of intellectual property rights plus) provisions threaten the capability of local companies to produce generic versions of patented drugs, impacting on their availability and affordability. The UN HLP (UN High-Level Panel) on access to medicines report has called for public health assessments to be done with every free trade negotiation to assess impact on public health. UNAIDS and UNDP have produced analyses on the impact of free trade agreements on access to essential medicines, including antiretroviral medicines used to treat and prevent HIV.

As of June 2016, there were 74 countries that criminalised same-sex relationships. How big is that as an impediment to bringing down the rate at which HIV grows?

Criminalising same-sex relationships and associated human rights violations based on sexual orientation and gender identity (SOGI) contribute to creating an environment of fear that drives lesbian, gay, transsexual, bisexual, and intersex people away from HIV services. In recent years, new HIV cases have been declining in most parts of the world. However, UNAIDS’ data shows that among transgender people, gay men and other men who have sex with men (MSM), new HIV infections appear to be rising in several regions. High HIV incidence and prevalence are mainly caused by structural factors such as stigma, discrimination, violence and other human rights violations that lesbian, gay, transsexual, bisexual, and intersex people face. These human rights violations contribute to making people vulnerable to HIV infection while at the same time hindering their access to and uptake of HIV prevention, testing and treatment services. UNAIDS continues to work with countries to decriminalise same-sex relationships.

UNAIDS was the secretariat of the UN secretary-general’s high-level panel on access to medicines’ report. Some developed countries, including the US, have not warmed up to the report. What is UNAIDS’ stand on the recommendations in the UNHLP, including the delinking convention?

UNAIDS fully supports the recommendations of the high-level panel on access to medicines, since they are important to maintain current levels of access and to explore alternative mechanisms to foster research and development within the pharmaceutical sector that will help countries to meet the UNAIDS fast-track targets for treatment and prevention and achieve the United Nations sustainable development goal target of ending AIDS as a public health threat by 2030. Moreover, the 2016-2021 UNAIDS strategy indicates that the following actions need to be taken by the joint programme in order to address intellectual property related issues: 1. Working on and advocating for “the continued innovation and refinement of HIV-related medicines and technologies, and ensuring their availability, quality and affordability”; 2. Supporting “countries in adopting and using health-related TRIPS flexibilities and in defending their ability to challenge provisions in trade agreements that impede access to affordable medicines and go beyond the international obligations provided under the TRIPS agreement”; 3. Joining “the effort to explore new incentive systems for needed research and development in which research and development costs are delinked from product prices”; 4. Supporting “efforts to overcome regulatory barriers that delay market entry of quality-assured medicines and health technologies, including by strengthening local and regional regulatory capacities”; 5. Working “with partners in the diagnostics access initiative to fully leverage the potential of laboratory medicine to accelerate progress towards the 90-90-90 treatment target, with particular attention to viral load testing, early infant diagnosis and other health products amenable to greater market influence”.

During the 39th UNAIDS PCB meeting (December, 2016), UNAIDS was requested to “facilitate further discussions on access to medicines bearing in mind, as appropriate, the UN HLP report and other relevant reports, including the trilateral report of WHO/WIPO/WTO promoting access to medical technologies and innovation and keep the PCB informed of the matter”.

Achieving the 2020 target of fewer than 5,00,000 AIDS-related deaths annually will, presumably, require that nations provide universal health coverage, including treatment for tuberculosis, cervical cancer and hepatitis B and C. How big is that a challenge, because countries with large HIV populations like India don’t have UHC as yet?

Working towards achieving universal health coverage is crucial to achieving 2020 targets and to end AIDS by 2030. UNAIDS strategy calls for people-centered systems for health will need to be strengthened by rolling out HIV-sensitive universal health coverage schemes and social protection programmes for people living with HIV, women and girls, vulnerable families, caregivers and key populations. Human resources need to be enabled to deliver integrated health and HIV services and to prevent health product stockouts. The 2016 United Nations political declaration on ending AIDS also calls for equitable and universal access to quality healthcare services, including sexual and reproductive health, and social protection, and includes financial risk protection, and access to safe, effective, quality and affordable essential medicines and vaccines for all, including the development of new service delivery models to improve efficiency, lower costs, and ensure delivery of more integrated services for HIV, TB, viral hepatitis, sexually transmitted infections, non-communicable diseases, including cervical cancer, drug dependence, food and nutrition support, maternal, child and adolescent health, men’s health, mental health and sexual and reproductive health, and to address gender-based and sexual violence, in order to equip fragile communities to cope with these issues as well as future disease outbreaks.