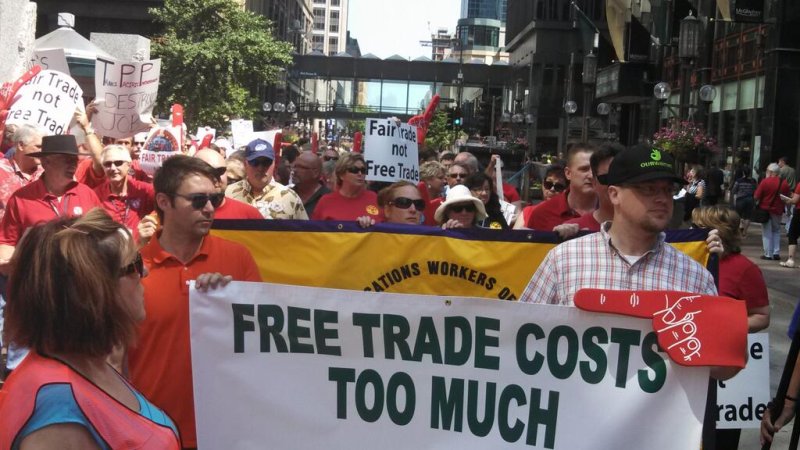 “After my travel last year to Colombia and my travel to Chile, the Pacific Alliance countries Peru, Chile, Mexico and Colombia are actively looking at a possible FTA with Australia, so it’s a fast growing market — we’ve got a terrific opportunity with Latin America,” Mr Ciobo said from Viña del Mar, Chile.

Mr Ciobo said he hoped the four countries would consider such a deal at a meeting scheduled in a few weeks’ time.

“The Pacific Alliance countries are having another meeting in a couple of weeks and I want to make sure that Australia is at, or near, the top of the list and our officials will be staying in contact in the lead up to and after that meeting,” he said.

The minister was in the country to meet TPP members including Japan, New Zealand, and Canada and also China and South Korea.

With US trade representative-elect Robert Lighthizer in confirmation hearings this week, the Trump administration only sent its ambassador to Chile to the post-TPP trade summit. It was not expected to bring about an immediate way forward for the signatory nations

The countries released a joint statement saying they would look for ways to “advance economic integration in the Asia Pacific” and each country’s trade officials would meet again at an APEC trade ministers meeting on May 20 in Hanoi, Vietnam.

Following President Donald Trump’s remarks about China during his campaign and threats to label the nation a currency manipulator, Australian bureaucrats have become increasingly concerned about the possibility of a US-China trade war.

Mr Lighthizer suggested Mr Trump would find new ways to deal with Beijing on trade and take measures against foreign companies dumping products in the US.

“I believe (Mr Trump) is going to change the paradigm on China and, if you look at our problems, China is right up there,” he told the confirmation hearings in Washington

“I don’t believe that the WTO was set up to deal effectively for a country like China and their industrial policy”.

Considering Australia already has a free trade deal with Chile, it is understood a possible Australia-Pacific Alliance trade deal could work as a “hybrid”.