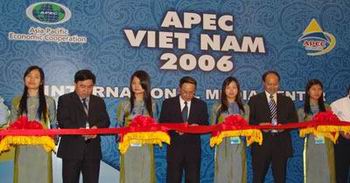 Japan and other remaining members of the Trans Pacific Partnership will this weekend decide how to revive the trade agreement ditched by U.S. President Donald Trump.

Their trade ministers will talk on the sidelines of an Asia-Pacific Economic Cooperation (APEC) meeting in Hanoi, Vietnam, where newly appointed U.S. Trade Representative Robert Lighthizer is also due to give more detail of Washington’s trade plans.

Uncertainty over those plans after Trump abandoned a trade deal he had compared to the "rape" of America has brought fears of protectionism and strengthened China’s leadership credentials in Asia.

Support has built among the so-called TPP-11 for pushing ahead without the United States although trade within the smaller block is only a quarter of that between the original 12 members, according to the most recent data.

Moving ahead could help the bargaining position of the members in bilateral talks with the United States.

It could also undercut the increasing regional dominance of China, which is not part of the TPP and backs a bigger but less comprehensive free trade agreement for Asia.

"We’ll be looking to see whether TPP ministers say they are definitely pushing ahead by simply by changing the articles," said Alan Bollard, executive director of the APEC Secretariat.

"Or whether they come out and say they’re positive about the prospects but need more discussions," he told Reuters in Hanoi.

After initially appearing reluctant to move ahead without the United States, Japan is at the forefront of the push along with New Zealand. Japan has emphasized that it would ultimately like to bring the United States back in.

On Tuesday, Prime Minister Shinzo Abe said Japan wanted to "steer the debate toward a clear direction" in Hanoi.

The backing of some other members is less clear.

Vietnam would have been one of the biggest beneficiaries of the original TPP because of lower tariffs and more investment from the United States. Malaysia is in a similar position and an official there voiced hope of an eventual return to the TPP.

Pushing TPP forward could help Japan’s position in negotiating a bilateral deal with the United States, said Nguyen Xuan Thanh of the Harvard Kennedy School. The same would apply for Vietnam, he said.

"It’s part of the game," he told Reuters. "You don’t want to be seen as desperate for bilateral deals."

Mexico and Canada, with which Trump seeks to renegotiate their North American Free Trade Agreement are also in APEC.

Trump’s "America First" trade strategy relies on better enforcement of U.S. trade laws and existing trade agreements, while trying to negotiate some to the advantage of the United States.

Lighthizer has said he will make trade "freer and fairer" to the benefit of U.S. workers, farmers, ranchers and businesses.

The final statement from APEC trade ministers will be scrutinized for any change to language which last year emphasized "free and open" trade and investment. It made no mention of the word "fair".

The renewed push on the TPP has somewhat overshadowed progress towards the Regional Comprehensive Economic Partnership (RCEP), championed by Beijing, and which members hope to sign by the end of the year.

The agreement includes both China and India, but not the United States. It is largely about reducing tariffs and much less comprehensive than TPP: it has limited protections for intellectual property, labor rights or the environment.

China would not be particularly happy to see TPP taking on new life even without the United States, said Tu Xinquan, a trade expert at Beijing’s University of International Business and Economics.

"I also don’t think China would or should take an action specifically responding to it," he said.

For the TPP to take effect without the United States it would have to drop a rule requiring ratification by at least six countries accounting for 85 percent of the combined gross domestic product of the original member nations.