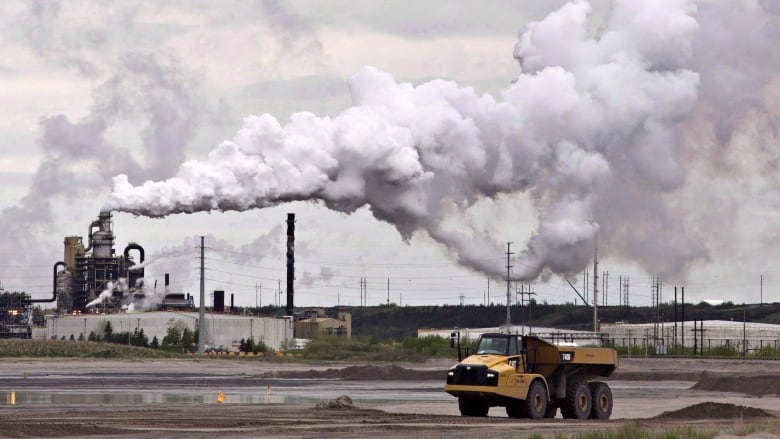 Trade pact with Europe could be hurt by climate action infighting : McKenna

by Mia Rabson The Canadian Press

McKenna left for France on Friday, bound for a G7 nation environment ministers’ meeting where protecting nature and weaning the world off its plastics habit are the key items on the agenda.

But she said her other task is to meet with French parliamentarians to reassure them that Canada’s commitment to meeting its Paris Agreement targets for cutting greenhouse-gas emissions is strong.

"They are likely going to be voting on CETA soon and our commitment on the environment is really critical to that vote," McKenna said. CETA, the Comprehensive Economic and Trade Agreement, is a deal to eliminate most tariffs on trade between Canada and the European Union. It’s provisionally in force but awaits ratification from many EU states, including France, before it’s truly final.

"It is important for them that they understand that we are absolutely committed to climate action, to our actions, to our commitments under the Paris Agreement," McKenna said.

CETA was mostly negotiated before the Paris climate-change agreement came about. However when CETA was signed in 2016, Canada and Europe recognized implementing the Paris Agreement as an important obligation for all signatories.

Canada and Europe also signed an agreement reiterating their commitments to the Paris Agreement last fall, through the joint committee overseeing the trade deal.

In April 2018 Canada and France signed an environment agreement that specifically discusses co-operation on measuring and pricing carbon pollution. The agreement commits both countries to fulfilling their CETA obligations on the environment, including the terms of the Paris Agreement.

The French government has also said another country’s failing to live up to the environmental accord could be a reason for it to suspend trade agreements.

McKenna is worried the disagreements among provinces about her government’s carbon price, and a lack of specific pledges to meet Paris targets by all parties, will make French parliamentarians nervous about ratifying CETA.

The Liberals won a big victory in Saskatchewan Friday when the courts ruled the carbon price was constitutional, denying the Saskatchewan government’s request to have it declared out of bounds. There is, however, a similar challenge in Ontario and others expected from Alberta, Manitoba and New Brunswick. The Saskatchewan decision is all but sure to be appealed to the Supreme Court.

Conservative Leader Andrew Scheer hasn’t yet unveiled his party’s climate plan. He said earlier this week he "absolutely" accepts the scientific conclusions on climate change and promises to have a plan released before the end of June. The only thing that is known about the plan is that it won’t include a carbon tax, which he claims won’t cut emissions.

In recent months Scheer has shied away from standing behind Canada’s Paris Agreement targets, even though they are the same targets established by the former Conservative government. The Conservatives voted in favour of the Paris Agreement in a 2017 motion brought by the Liberals in the House of Commons.

The world agreed in Paris in 2015 to cut greenhouse-gas emissions enough to try to hold the warming of the planet to no more than 2 C, and as close as 1.5 C as possible, by the end of this century.

Canada’s promise currently is to cut emissions to 30 per cent less than they were in 2005 by 2030, though a United Nations climate report last year suggested Canada actually needs to cut emissions 50 per cent from 2005 levels to pull its global weight in the fight against climate change.

The federal Liberal plan includes the carbon price, phasing out coal as a source of electricity, building public transit and investing in more energy-efficient homes and buildings. The government last fall said the plan is nearly 80 million tonnes shy of hitting Canada’s goals, equivalent to the emissions produced by about 80 per cent of the passenger vehicles on Canadian roads.

The Liberals’ record on climate action was questioned Friday by thousands of Canadian youth participating in Climate Strike Canada events in multiple cities. Several of them interrupted an event with Prime Minister Justin Trudeau in Ottawa, staging a "die in" and demanding governments stop doing long-term damage to the planet for short-term economic gains.

The Liberals get credit from environmental activists for taking action, including putting a price on carbon emissions. But their decision to buy the Trans Mountain pipeline to get the expansion project past political hurdles does not sit well with those who believe Canada cannot extract more oil from the ground if the world is to prevent catastrophic climate change.