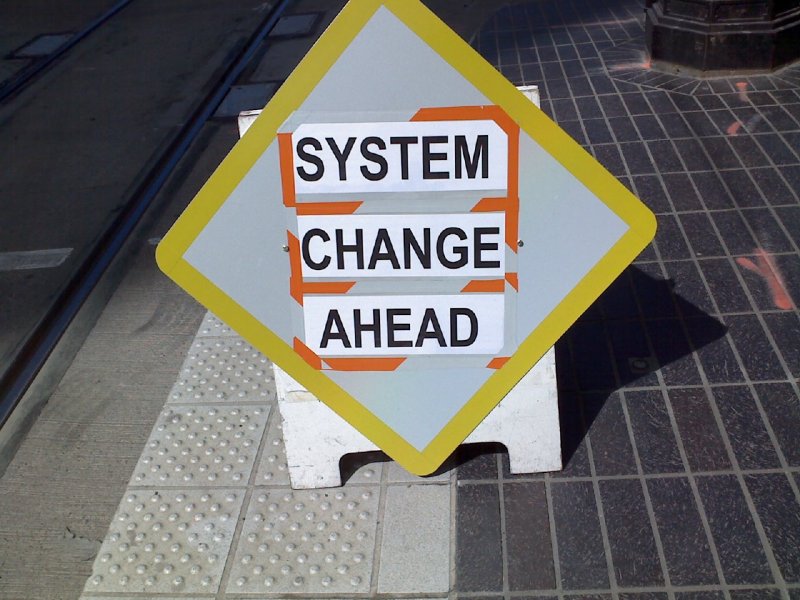 Over the last 30 years, people’s responses to the economic, social, and political impacts of capitalist globalisation have included inspiring examples of collective organising, strong social movements and radical progressive thinking. These include critical uprisings against so-called free trade and investment agreements, including the Zapatista movement in Chiapas, Mexico, rejecting the North America Free Trade Agreement (NAFTA). Across the world, people facing similar initiatives in other countries organised and mobilised to try to stop these deals flat in their tracks. [1] Broad social movements have not only confronted and tried to block trade talks with major powers such as the US, China or Europe in places as diverse as Colombia, Ecuador, Peru, Thailand, Morocco, South Korea and Taiwan. But in many cases they did so in a way that had a profound effect on those societies in the process, because they built a strong understanding of these initiatives as tools of imperialist control and capitalist expansion.

Today, we’re facing a new set of challenges as the latest wave of nationalist, racist and pseudo-populist politics are playing on the vulnerability and fears of different kinds of people. They seek to divide and rule communities already fractured by years of social and economic upheaval, repression and growing inequality. In many countries, voters are consciously targeted by politicians claiming to represent, and promising to defend, “ordinary people”, “national sovereignty” and national “values” from globalisation. However, most of these politicians belong to political or economic elites that have benefitted enormously from globalisation themselves. Think Thaksin, Farage, Trump, Wilders or Le Pen.

These political agendas divert attention away from the real causes of today’s social and economic problems. They deliberately obscure how governments of most political stripes protect private profit using public money, whether they are bailing out banks or building up massive defence and security expenditure at the expense of public health and education. Rather than help people see and understand how economic power relations serve capital, they find scapegoats for all the negative social impacts of the market in globalised economies: immigrants, migrant workers and refugees. Trade agreements are central to this politics of distraction, raising questions among social movements and activists about how we situate ourselves.

As Trump’s “America first/military first” administration unfolds, and the media report on reinvigorated US isolationism and protectionism, let’s remember that the September 11, 2001 (9/11) attacks in the US and the ensuing “war on terror” were used to justify renewed militarisation and war, as well as various forms of state intervention in the US economy under George W. Bush. This included a much more blatant approach to linking US trade policy and economic interests with national security, e.g. through the imposition of tariffs on steel imports or by blocking investments from Gulf States. Long before Trump became president, repressive domestic national security and immigration legislation had been ratcheted up and normalised in the US as well as in other countries. Only days after 9/11, then US Trade Representative (and later World Bank President) Robert Zoellick attempted to smear global justice activists in a Washington Post commentary, “Countering terror with trade”. He claimed that “people will wonder” if there were “intellectual connections” between “terrorists” and opposition movements against neoliberalism, while insisting that further trade and investment liberalisation (by US trading partners, at least) was the most effective way to fight “terror.” [2]

This kind of aggressive official rhetoric had worldwide consequences for the political space in which NGOs and global justice movements exist. Some groups and coalitions, particularly in North America and Europe, urged people to abandon more confrontational political positions and action, in an atmosphere of caution and self-censorship after 9/11. In the North, divisions deepened between NGOs and labour unions calling for moderate reform of the system and anti-capitalists or anti-imperialists seeking more radical changes. For example, in 2001, the Mobilisation for Global Justice cancelled mass demonstrations that were planned against the World Bank and IMF in Washington DC “out of respect” for the victims of the 9/11 attacks. Some NGOs urged others to abandon direct action tactics and confrontational positions. Momentum behind major mobilisations against meetings of the G8, WTO, the Summit of the Americas, the World Economic Forum and other conferences of economic and political elites, mainly in the North, faltered. Yet outside of Europe and North America, as bilateral free trade and investment agreements proliferated across the world, there were many sustained, mass opposition movements to FTAs. This was true in many Latin American countries, not least in Colombia and Ecuador, as well as in Asia.

Today, there are parallels to be drawn with this earlier period. The populist right has often pointed the finger at free trade pacts, among other things, as the source of many problems facing the people they want to support them, from loss of sovereignty to loss of jobs. Some political leaders threaten to redo deals, like Narendra Modi is doing with India’s bilateral investment treaties, or simply tear them up, the way Trump “withdrew” from the Trans-Pacific Partnership (TPP). This does not necessarily mean that the old deals will disappear – far from it. In many cases, agreements will likely just change shape or membership, or negotiations will go more slowly. In fact, it would be a mistake to believe that these political leaders are against these deals. They simply want incrementally better ones for the business and financial interests with whom they are most closely aligned. Trump’s posturing that instead of TPP or NAFTA he wants “bilateral” deals makes it clear that he supports free trade and investment agreements. The flip-flopping of other leaders like Ecuador’s former president Rafael Correa vis-a-vis a trade deal with the European Union points in the same direction of seemingly progressive leaders not being fundamentally against corporate globalisation.

Reactionary populism is resurging in a context where, in country after country, free market capitalism has become viewed as the only game in town across so much of the political spectrum. With few exceptions, a kind of neoliberal centrist ‘common sense’ tends to dominate, whether parties claim to be on the left or the right, and indeed, in some newer parties which claim to be neither. Genuine politics of resistance need to be very wary of smooth-talking neoliberal centrists who portray their commitments to liberalisation and the market economy as a cosmopolitan, democratic antidote – and a real alternative – to right-wing exclusionary populism. It is politically expedient for such (neo)liberals to characterise opponents of global capitalism as being politically aligned with the likes of Trump and Le Pen.

This superficial attack on free trade and investment deals is drawing some civil society groups to engage in discussions about reforming different agreements. There is talk about pushing “pro-people” trade agendas which would include protections for workers’ rights, implementation of human rights conventions, promotion of environmental rules and cutting back on protections and privileges for capital. One could argue that this seriously misunderstands the fact that the exploitation of workers and environmental destruction are not unfortunate by-products of free market capitalism, but rather what it is based upon. Why invest any hope in these instruments of deep geopolitical control and economic oppression?

As the Permanent People’s Tribunal in Mexico put it, drawing on testimonies from tens of thousands of people, FTAs are instruments for the deviation of power away from the rule of law, governed by states, in order to grant corporations full agency to prosper, including through impunity. [3] There is no connection between this regime and human rights or democracy, and trying build one — from the inside, within these treaties — would seem futile. Under these treaties, all legal channels for the protection of people are closed.

“What do we want?” Fair trade? Really?

Instead of settling for more “inclusive” brands of capitalism, we ought to reclaim and build a clear and radical political and economic vision. The right and the centrists are getting away with reinforcing the current system on a daily basis. Polite lobbying for “fairer” trade and investment agreements and earnest NGO statements are not going to get us out of this mess. In fact, they may distract us from organising towards actual alternatives and from imagining something different and outside the capitalist box.

Take the struggles being waged around food and farming. There is a tendency to counter the push towards deeper control of the rural sector by global finance and agribusiness elites, as powerfully enshrined in FTAs, through a recasting of the terms. Some groups are organising to change production and marketing processes and win acceptance of environmental norms and social labels. They are creating niche markets and changing some of the rules around today’s food value chains, calling it “fair trade”. But they are essentially reshaping markets, negotiating prices and creating a place for themselves without necessarily shifting power. As a result, transnational corporations can quickly come in and take over, as we have seen with “organic” foods (witness Amazon’s recent takeover of Whole Foods), with “sustainable” and “local” foods (marketed by Walmart and Carrefour) and with “agroecology” (co-opted just to push the status quo). Is this much different from the reality of “free trade” where agribusiness elites set “standards” in an effort to wrest fuller control of the food and farming sector? Groups involved in the struggle for food sovereignty, however, have a different approach. For them, trade is not about prices or standards or securing a space in global production and marketing processes. They are asserting power to build and secure food systems based on people’s cultures and rights, the rights of communities to decide, benefit and control. This vision certainly requires well-functioning local markets, but it excludes a role for transnational corporations and capital. The role of trade in supporting visions and realities of food sovereignty is, or is likely to be, minor if not non-existent.

Similarly today, the militancy of more critical strands of climate justice struggles — particularly the inspirational collective leadership of Indigenous Peoples’ resistance based in anti-colonial politics and worldviews — offers real hope for possibilities beyond pragmatic liberal reformism to solve the climate crisis. Resistance to capitalism and racism is also coming from migrant workers organising across the world, often at great risk. Indeed it’s not even possible to understand migration without looking at the imperialist exploitation and undermining of many societies in the global South under colonialism. Colonialism and imperialism have created the structural conditions of dispossession, poverty and inequality – and, often, conflict – which drive many people to migrate in search of work and survival.

For these reasons, we should be careful about proposing “people-centred” trade alternatives which accommodate rather than confront capitalism. Looking back on years when there have been vibrant mass movements and mobilisations in different parts of the world, educating and acting against free trade and investment deals and global free market capitalism, what are the lessons to be learnt? Most importantly, without serious organising, movements cannot be built, and changes won’t happen. A commitment to long-haul organising to bring about systemic change is crucial. Secondly, a tendency to compartmentalise issues in trade and investment campaigns can undermine work of educating and organising for systemic change by isolating bits of agreements that can be tinkered with and seemingly technically resolved. We need to go beyond a politics of compartmentalising campaigns around parts of agreements (i.e. services, intellectual property, etc) without recognising these deals as primarily being comprehensive instruments to advance and lock in imperialism and the power of global capital, as well as fulfil geopolitical goals. Thirdly, though useful tools, the Internet and social media cannot substitute for the ways that strong movements are built from slow processes of nuts and bolts political organising, relationship and trust building, and collective struggles waged by people on the ground.

Despite ongoing repression and criminalisation of social movements, the political disruption and distraction caused by rightwing populists and neoliberal centrists across the world opens up space to be bold about what we are fighting for. We need radical political imagination. Let’s not settle for less!