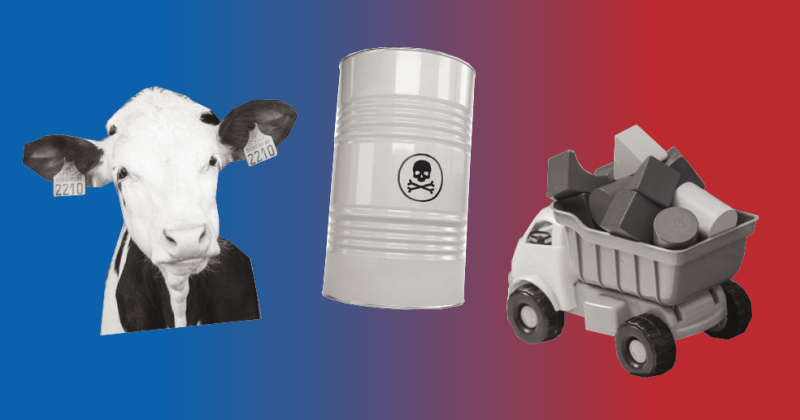 US President Donald Trump’s threats of hostile trade measures against EU imports have helped start new trade negotiations. Worried over the prospect, the European Union will reconvene with the United States at the negotiating table to discuss a transatlantic trade agreement. This has led to concerns that such an agreement could lead to a lowering of standards, and criticism over a lack of transparency about what is being negotiated.

The report “Trading away protection”, published by Corporate Europe Observatory and Arbeiterkammer Europa, looks into how negotiations have developed so far, and finds that once again we see US negotiators and corporate lobbyists target key European precautionary measures in areas such as chemicals, pesticides, GMOs, and food safety, leading to fears of a lowering of standards.

On top of that, there is proof that the EU is going for an agreement that will lower protection for citizens as well. On the EU side, the focus is mainly on something known as ‘conformity assessment’. The EU would like to see more of its approved products enter the US market without further safety checks or investigation. While this may sound harmless, it could lead to less safe medical devices in the US, the introduction of hazardous electrical equipment, or to the marketing of toys that pose a risk to small children. Also, it would rule out the kind of safety checks made by US authorities that uncovered the fraud with emissions from cars, the scandal known as ‘Dieselgate’.

With this in mind, the claims from negotiators that protection levels will be left untouched do not sound trustworthy. It makes it even more worrying that the EU feels under tremendous pressure from the threats made by President Trump. The EU could be tempted to make concessions to avoid US measures against, for instance, the European car industry.

Moreover, while the negotiations are currently being conducted over only a limited number of regulatory issues, there are signs that the EU negotiators in the Commission and the corporate lobby groups they coordinate with, are keen on inflating the negotiations to something much broader, a kind of TTIP-light. Unfortunately, a lack of transparency on the EU side prevents the public and politicians from monitoring developments and finding out what’s on the negotiating table. For that reason, there is a need to demand transparency and for politicians to start questioning the substance of the negotiations.