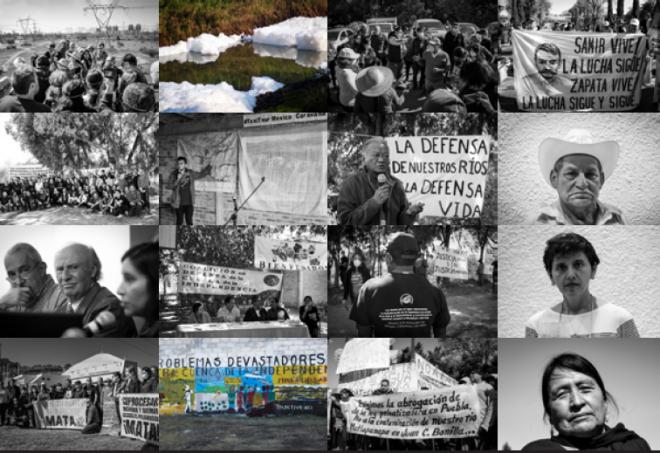 This report examines how, over the last 30 years, Mexico has become one of the main industrial paradises on the planet. Find out in which ways the country serves as one of the most advanced laboratories for free trade and deregulation.

In Mexico the diversion of power has intensified and become more sophisticated premised on the need to attract investment at all costs for “development” and job creation, under trade agreements such as the North American Free Trade Agreement (NAFTA) or the EU-Mexico Free Trade Agreement. A regime has been imposed, in which the law allows environmental, social and labour self-regulation by transnational corporations (TNCs). Much of Mexico’s territory has been subjected to the development of dense, interconnected industrial corridors, where high-risk industries, extensive agribusiness and extractive industries have proliferated. These sites are located alongside towns and cities with no monitoring of their impact on the health of local people. They have become what V. M. Toledo, Mexico’s former Minister of the Environment, has described as “environmental hells”.

The report builds on the results of the “Caravan on the social and environmental impacts of transnational corporations and free trade in Mexico” (#ToxiTourMexico), an initiative taken forward by Mexican civil society organisations which were among the co-convenors of the Mexico Chapter of the Permanent Peoples Tribunal, and TNI’s Corporate Power Team. Members of the European Parliament and the Parliament of the Basque Country, a senator from the State of Minnesota, and activists and scientists from Europe, the United States and South America participated in the tour. The Caravan travelled more than 2,500 km in December 2019, engaging directly with near 50 organizations of affected peoples in six regions of Mexico.

The report brings strong evidences on social and environmental devastation caused by the architecture of corporate impunity in this country. It exposes the extent to which the most industrialized regions of the country are characterized by systematic air, water and soil pollution, compounded by unbridled urbanization and the proliferation of landfill sites and dumping grounds for highly toxic waste. This has led to a health and environmental emergency, in which the numbers of people dying due to diseases likely to be associated with corporate operations in different sectors are overwhelming.

One of the things that the Caravan’s international observers found most striking is the capacity to resist and organize protest developed by the affected communities in the six regions. In the midst of the COVID-19 pandemic in 2020, and taking advantage of the visibility they had achieved, partly thanks to the Caravan, these organisations kept up the pressure on the government. And in 2021 they achieved a historic step forward, which could set a precedent for other regions both in Mexico and around the world. Government compliance with its commitments here is as urgent as it is necessary, and must be monitored by civil society in Mexico and internationally.

The recommendations addressed to policy makers include the Mexican but also the US and European governments and parliaments, as US and European transnational corporations (TNCs) were present in practically all the environmental hells the Caravan visited. The report counted, among others, with contributions of the Mexican organisations of affected peoples, international observers, members of the Global Campaign to Reclaim Peoples Sovereignty, Dismantle Corporate Power and Stop Impunity, as well as the European Network on Corporate Observatories (ENCO), and other independent researchers. It gives new evidences on the urgent need for binding regulations, in particular in the process of negotiation of the UN Binding Treaty on transnational corporations (TNCs) with respect to human rights.

The report is also a tool for the civil society mobilisation on the Trade and Investment front. For instance, the renegotiation of the free trade agreement between the European Union and Mexico will strengthen corporate power still further and could hamper the implementation of policies committed to human rights in Mexico.