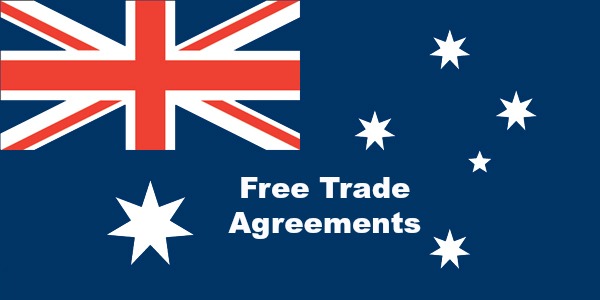 Draft legislation to lock in trade pacts with Indonesia, Hong Kong and Peru was introduced to parliament on Wednesday.

Labor is under pressure from unions, churches and aid groups to block the bill due to concerns over provisions which allow foreign companies to sue the government.

Fears have also been raised the Indonesian deal will exploit workers.

But Trade Minister Simon Birmingham waved off these concerns and told unions to "stop the scare campaign".

Senator Birmingham wants the legislation rubber-stamped by the end of the year but says he would be willing to work with Labor on concessions.

Australian grain growers would be able to export 500,000 tonnes of feed grains into Indonesia each year tariff-free under the deals, says Senator Birmingham.

He said it would also remove tariffs on goods exported to Hong Kong, with market access guaranteed for services suppliers, and conditions for two-way investment would be improved.

Australian dairy farmers would also have new access to Peru with no tariffs on up to 7000 tonnes of products.

Hong Kong and Peru have already locked in the deals at their end, and Indonesia is working through the process, Senator Birmingham says.

The trade minister said negotiations with the European Union were under way but repeated hopes to conclude an agreement by year’s end.

"We have some hurdles to clear," he said.

He also expected to have clarity by Saturday on how to proceed with trade negotiations with the United Kingdom after Brexit, with Britain’s parliament sitting over the weekend.

The Indonesian deal was inked by Senator Birmingham in March after years of negotiation.

The Morrison government is excited by the prospect of Indonesia’s projected economic and population growth.

Australia is also eyeing Indonesia’s resources and hopes to leverage growing numbers of students and tourism.

The Hong Kong agreement was also signed in March.

Hong Kong does not impose tariffs on Australian exports, and the deal ensures this will not occur in the future.

Australia is docked about $6 million each year for goods imported from Hong Kong, with the deal also set to eliminate these taxes.

The free-rade deal with Peru was agreed to in early 2018 and will erase nearly all tariffs on Australian exports within five years.