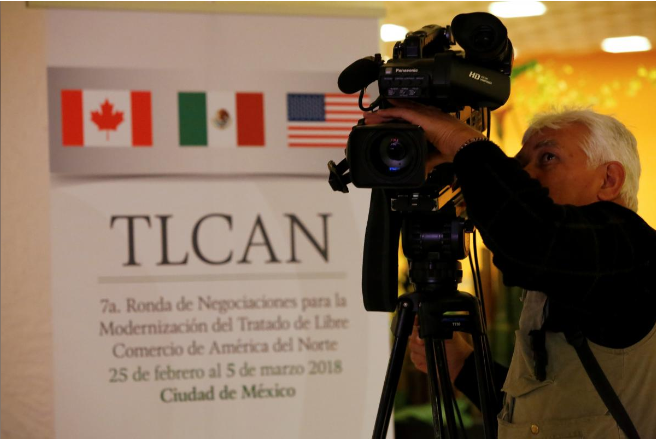 Trudeau says NAFTA talks broke down after Pence made ultimatum

Trudeau said he was prepared to travel to Washington this week to try to finalize a rework of the North American Free Trade Agreement, but Pence, in the phone call, said a meeting would occur only if the “sunset” provision was agreed to in advance.

“I had to highlight that there was no possibility of any Canadian prime minister signing a NAFTA deal that included a five-year sunset clause, and obviously the visit didn’t happen,” Trudeau said Thursday.

Trudeau’s comments came after President Trump enacted the most severe economic penalties he has imposed to date against U.S. allies, establishing tariffs on steel and aluminum imports from Canada, Mexico and the European Union. The trade partners are expected to retaliate in what is becoming a fast-developing global trade war.

A White House official, who spoke on the condition of anonymity to describe the back and forth between the countries, said Trudeau spoke to Trump last Friday, and then Trudeau called Pence on Monday to follow up. Pence called Trudeau back Tuesday “to discuss ongoing negotiations.”

Thursday evening, Trump seemed to respond directly to Trudeau’s criticism, saying in a statement issued by the White House that “That United States has been taken advantage of for many decades on trade. Those days are over. Earlier today, this message was conveyed to Prime Minister Justin Trudeau of Canada: The United States will agree to a fair deal, or there will be no deal at all.”

There were still a number of differences between the United States and Canada as they reached the final stages of negotiation, but both sides seemed dug in on the idea of whether or not the whole agreement should expire after five years. The sunset issue was one of several that the White House wanted “clarity” on before any meeting took place, the White House official said.

These tensions are expected to intensify. Trump, Trudeau and several other world leaders are scheduled to meet next week in Canada at a Group of Seven meeting.

Trump has said the new tariffs on steel and aluminum imports are necessary to protect U.S. national security, but they have been widely criticized by foreign leaders, U.S. business groups and even some labor groups as being ill designed and potentially damaging to the U.S. economy. The tariffs had been delayed against Mexico and Canada while U.S. officials tried to finalize NAFTA talks, but it became clear in recent days that an agreement was out of reach.

The White House has sought to include a sunset provision in the NAFTA renegotiation for months, but Canada and Mexico have been cool to the idea, saying it would remove any economic security and certainty for businesses trying to comply with trade rules.

Trudeau said Thursday that he felt the United States, Mexico and Canada were on the verge of a renegotiated NAFTA that he described as a “win, win, win” before the talks stalled after the Pence phone call.

For more than a year, Trump has threatened to take steps to withdraw from NAFTA, but during his first year in office he was coaxed out of taking dramatic steps by advisers such as National Economic Council President Gary Cohn and Secretary of State Rex Tillerson.

Trump had taken a slightly less adversarial public approach with Canada and Mexico during the initial stages of the negotiations, but that ended several months ago.

In March, Trump told a group during a St. Louis fundraiser that he didn’t have the facts in front of him and simply made up trade information during private discussions with Trudeau.

And on Tuesday, Trump said during a rally that he was going to make Mexico pay for a wall along the U.S. border. That immediately elicited a terse response from Mexico’s president.