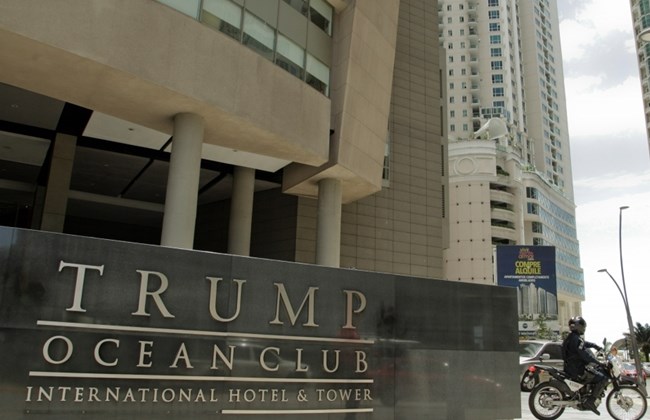 Trump Panama Hotel Management LLC., which belongs to the Trump Organization, has pressured the government to interfere in its dispute with Orestes Fintiklis over control of the hotel that formerly bore the name of US President Donald Trump.

The organization, through its lawyers in Panama, sent a letter to President Juan Carlos Varela as well as copies to the heads of the judiciary and legislature.

In the letter, the lawyers asked Varela to intervene in the case to "avoid potential damage to the Panamanian state."

It added that the the case represented a "clear violation" of commercial agreements protecting the rights of US investors in Panama.

A court ruling on March 5 stripped Trump Panama Hotel Management of the hotel’s administration. That day the Trump name was removed from the hotel, which was renamed The Bahia Grand Panamá.

The United States Embassy in Panama said that "matters related to the Trump Organization are sent directly to the White House" and declined to comment on the matter further.

Trump asks for intervention of Varela

What until now had been a commercial dispute between business owners has turned into a potential diplomatic nightmare after lawyers for the Trump Organization sent a letter to President Juan Carlos Varela asking him to intervene in a court case involving the former Trump Hotel.

Lawyers for Trump Panama Hotel Management LLC, which belongs to the Trump Organization, sent the letter to the president on March 23. That letter reminded Varela of Panama’s obligations under a 1983 treaty that protects the rights of investors from the United States.

It was spurred by a court decision issued on March 5 that removed Trump Panama Hotel Management from the administration of the hotel and residential complex that is named after Donald Trump, the owner of the Trump Organization. The letter came from the law firm Britton & Iglesias, which represents the management company in Panama.

According to the 1983 agreement, both states agree to grant fair and equitable treatment to investors, and ensures they will be given protection and total security.

The letter cites what the firm considers "irregularities" and "violations of due process" in the case between Trump Panama Hotel Management and the company Ithaca Capital, owned by Cyprus businessman Orestes Fintiklis, who has been managing the hotel since the court ruling in his favor.

The letter criticizes Judge Miriam Yadira Cheng, of the Second Civil Court, for her handling of the case, including her decision to expedite the decision.

It also says a judicial administrator appointed by the court has overstepped its bounds by allowing the name of the hotel to be changed.

The letter highlights the possibility that this process may end up affecting the country.

"We appreciate your attention in order to prevent these damages from not only being attributed to the other party, but to the Panamanian state by virtue of a clear violation of the protections of the treaty, specifically by a denial of justice," it said.

On March 5, after an action filed by Fintiklis, the Second Civil Court conducted a seizure proceeding, which deprived Trump Panama Hotel Management of the hotel’s administration. That day, a worker removed the word "Trump" from the sign next to the building’s entrance, and on March 9 it was announced that the complex would be renamed The Bahia Grand Panama.

Trump Panama Hotel Management filed an appeal with the aforementioned court, in which it denounced "a possible procedural fraud and abuse of rights".

Francisco Pérez Carreira, a specialist in international law, said the letter is a clear attempt to pressure the president to interfere in the case when judicial remedies have not been exhausted.

Juan Carlos Araúz, former vice president of the National Bar Association, said that "every trial before the courts involves a process about the competence of the judge to decide in this or that direction. That activates the mechanisms to challenge those decisions. The executive is prevented from intervening. "

Minister of the Presidency Álvaro Alemán, said: "The Executive Branch cannot interfere in a matter that is the exclusive competence of the judicial branch or an arbitrator."