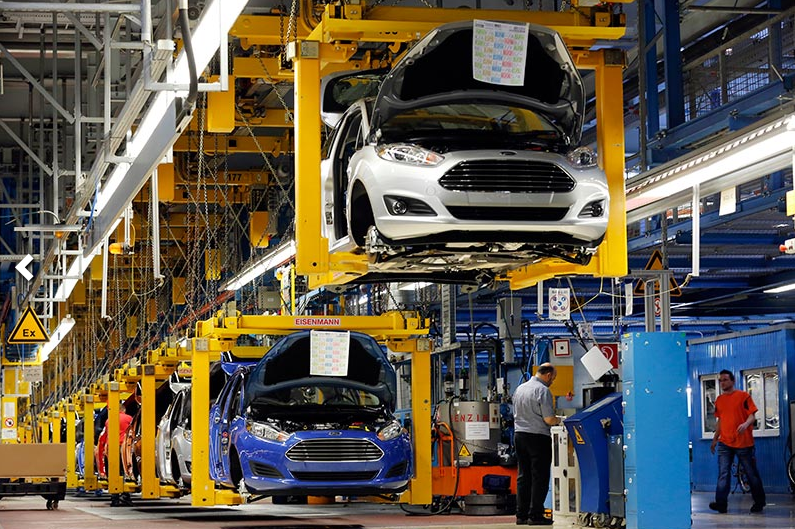 BIARRITZ, France (Reuters) - U.S. President Donald Trump on Monday said he thinks the United States will be able to reach a fair trade agreement with the European Union without imposing threatened tariffs on car imports, offering a potential lifeline to German carmakers.

Trump said it had been difficult negotiating with the European Union on the trade issues, but struck an upbeat tone on the prospects for a broad agreement with Brussels.

“We’re very close to maybe making a deal with the EU because they don’t want tariffs,” Trump said at a news conference at the end of the G7 summit in Biarritz, France. “I think we’re going to make a deal with the EU without having to go that route.”

The U.S. president’s comments came amid reports that export-dependent Germany is facing a recession.

Trade talks between the United States and Europe have moved slowly, given disagreements over whether to include agricultural products in a deal.

Trump offered no details, but said he planned to visit Germany soon at the invitation of outgoing German Chancellor Angela Merkel.

Merkel told reporters on Monday that Germany wants the European Union to reach a trade agreement with the United States as quickly as possible.

“We want to talk now about the EU and the United States having deeper talks as quickly as possible,” Merkel told reporters at a briefing with Trump on the sidelines of the summit.

“We have a great interest in our trade being intensified. I think we can find solutions,” Merkel added. “Germany, within the framework of the EU, is working hard on this.”