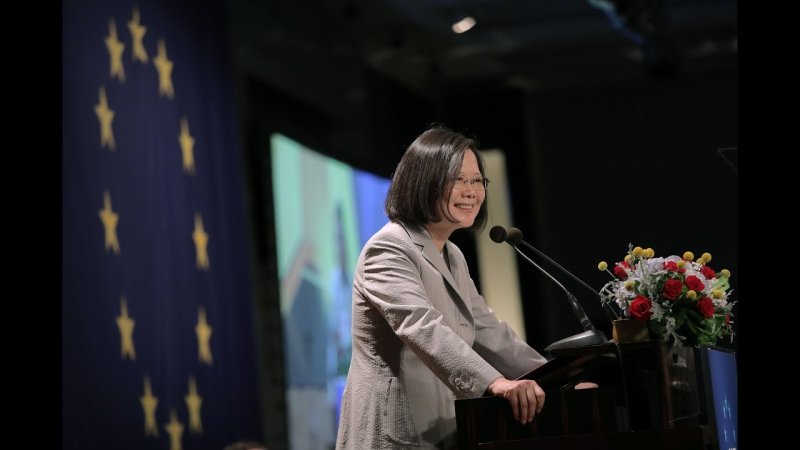 Tsai voices hope for investment accord with EU

By Su Yung-yao and Sherry Hsiao

President Tsai Ing-wen (蔡英文) yesterday received a Dutch parliamentary and think-tank delegation, expressing the hope that it would help push for the signing of a bilateral investment agreement (BIA) between Taiwan and the EU.

Tsai thanked the guests for the passage of a motion by the Dutch House of Representatives earlier this month in support of Taiwan’s international participation.

She cited the opening of the National Kaohsiung Center for the Arts (Weiwuying) last year as an example of cooperation between Taiwanese and Dutch architects.

Over the past three years, bilateral cooperation has been generating consistent results, she said.

“In addition to establishing a mechanism for vice ministerial-level dialogue on economic affairs, this year we have signed a customs mutual assistance agreement and an MOU [memorandum of understanding] on science and technology cooperation,” she added.

The Netherlands is not only a supporter of Taiwan’s international participation, but also its “No. 1 investor,” she said.

Three of the 13 foreign firms that signed letters of intent to invest in Taiwan at the Taiwan Business Alliance Conference in Taipei on Oct. 7 were from the Netherlands, she said.

To provide Dutch manufacturers with “better protections,” Taiwan has been seeking to sign a BIA with the EU, she said.

“Signing a BIA would help safeguard the interests of Dutch businesses,” she said.

Through the channels available to them, she hopes the delegation members would urge the Dutch government to “as a member of the EU, lend us its fullest possible support,” she said.

Taiwan “stands at the heart of the frontline of democracy in the Indo-Pacific [region],” she added.

She hopes that the delegation’s visit would promote more cooperation between Taiwan and the Netherlands in the areas of information security and geopolitics, she said.

At a public hearing on EU-Taiwan trade relations in Brussels in February, Peter Berz — European Commission official responsible for trade links with the Far East — said the union does not rule signing a bilateral investment agreement with Taiwan, despite its adherence to the so-called “one China” policy.