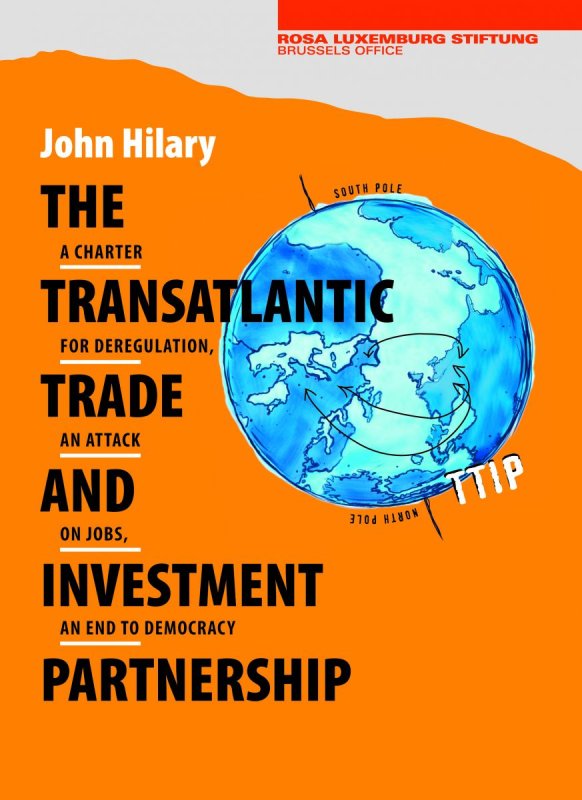 The Transatlantic Trade and Investment Partnership (TTIP) A charter for deregulation, an attack on jobs, an end to democracy.

The Transatlantic Trade and Investment Partnership (TTIP) is a comprehensive free trade and investment treaty currently being negotiated – in secret – between the European Union and the USA. As officials from both sides acknowledge, the main goal of TTIP is to remove regulatory ‘barriers’ which restrict the potential profits to be made by transnational corporations on both sides of the Atlantic. Yet these ‘barriers’ are in reality some of our most prized social standards and environmental regulations, such as labour rights, food safety rules (including restrictions on GMOs), regulations on the use of toxic chemicals, digital privacy laws and even new banking safeguards introduced to prevent a repeat of the 2008 financial crisis. The stakes, in other words, could not be higher.

This booklet, written by John Hilary, Executive Director of War on Want, explains in short what TTIP is and how it will affect the lives of all of us if it comes into force. The Rosa-Luxemburg-Stiftung tries to cast some light into this secretly negotiated treaty and to encourage resistance, by bringing together experts, civil society and politicians in workshops and conferences in Europe and the USA.