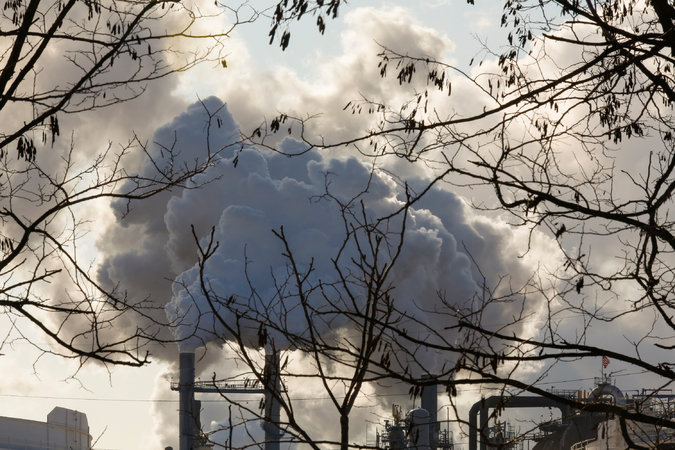 TTIP talks: EU alleged to have given ExxonMobil access to confidential papers

The EU appears to have given the US oil company ExxonMobil access to confidential negotiating strategies considered too sensitive to be released to the European public during its negotiations with the US on the trade agreement TTIP, documents reveal.

Officials also asked one oil refinery association for “concrete input” on the text of an energy chapter for the negotiations, as part of the EU’s bid to write unfettered imports of US crude oil and gas into the trade deal.

The employers’ confederation BusinessEurope was even offered “contact points” with US negotiators in the State Department and Department of Energy, according to the cache of material which was released under access to documents laws.

The US has banned fossil fuel exports for 40 years but the policy was relaxed towards Mexico in August. Previous leaks of TTIP documents have revealed the EU is pressing for a guarantee in the trade deal that the US will allow free export of oil and gas to Europe, alarming environmentalists who fear imports would impact on the EU’s climate change plans.

It would cost $100bn to build the infrastructure necessary to export the US fossil fuels, according to industry estimates, also released in the freedom of information trawl.

Campaigners said the documents and emails obtained by the Guardian showed an extraordinary and shocking relationship between the EU and industry over the fossil fuel push.

“This is an extraordinary glimpse into the full degree of collusion between the European commission and multinational corporations seeking to use TTIP to increase US exports of fossil fuels,” said John Hilary, the director of War on Want. “The commission is allowing the oil majors to write the proposed energy chapter of TTIP in their favour.”

The Green MEP Ska Keller, who stood against Jean-Claude Juncker in last year’s presidential elections, said she was astonished by the degree of complicity between Brussels and fossil fuel companies.

“The documents reveal a shocking closeness between business interest groups and the commission,” she said. “I am now wondering who actually writes the EU’s draft texts. It seems to be big corporations who only have profits on their mind. The commission needs to stop being the executive arm of the business lobby.”

At a meeting in September 2013, EU trade officials gave a briefing on the state of TTIP talks to two trade groups and 11 oil and gas companies – including Shell, BP and ExxonMobil.

“We asked Europia [the European oil refiners’ association] for further support for the raw materials and energy chapter and for further concrete input, whereby we made a reference to the text for the UA [EU-Ukraine free trade agreement], also explaining this was a compromise text and not our preferred outcome,” the officials’ minutes say.

Europia replied that it would try to “provide further suggestions”. The organisation, which has since been renamed Fuels Europe, was unable to locate any officials who attended the meeting, or documents that arose from it, when contacted by the Guardian.

But John Cooper, the group’s director, said that its “two wishes” were for full access to crude oil, and a more developed gas market allowing price equalisation between the EU and US.

“In order to navigate this difficult space, the EU needs to be very well informed and the expertise is substantially in the industry,” he said. “There is an understanding and an alignment over the broad objectives, so it makes a great deal of sense to support the EU institutions.”

Brussels officials deny that Europia was asked to provide wording for the TTIP text, and say they also ask civil society groups for support.

“To enrich our negotiating position, we take input from experts in the real world,” a spokesman said. “We try to understand what are the trade barriers that they face, and what opportunities they could have in new markets.”

Minutes of a meeting with Cefic, a chemicals trade association whose members include BP, Chevron and ExxonMobil, indicate that the costs of enabling US exports of shale gas, liquefied natural gas and crude oil could be punishing.

“The company [sic] projects $100bn investments in the US [to enable US exports of oil and gas to the EU], of which 40% to be deployed in the next five years,” one email report of a meeting with the group says. “Such investment requires legal certainty on the trade side.”

Around 12.5m modern household wind turbines could be provided for the same money, the European Renewable Energy Foundation estimates.

The pace and breadth of the EU’s meetings with the fossil fuel sector intensified in 2014, as transatlantic negotiations progressed. An internal note about one meeting in April 2014, said that BusinessEurope, an employers’ confederation seen as hostile to climate action, was interested in “the process and substance” of the talks.

“BE also interested in potential interlocutors in Washington, DC (at State [Department], DoE [Department of Energy]),” the note reads. “We will follow-up by providing some useful contact points in Washington.”

A commission spokesman said that the contacts were provided as a “common courtesy”.

The trawl of documents was heavily redacted in line with a Juncker commission trend, particularly where TTIP requests are concerned.

A covering letter from EU officials said that redactions in one report of a meeting between the US oil giant ExxonMobil and the EU’s trade commissioner “reveal possible strategies that the Commission may adopt in the ongoing negotiations with the United States on TTIP”.

If the public saw them, “the commission’s tactical options would be exposed,” the letter says.

The commission denies sharing any confidential information with ExxonMobil, and says the lengthy redactions were necessary to protect internal commentary.

Other censored passages included comments about economics and politics in the US and other countries which would “expose the EU and other relevant actors to a risk of retaliation” if published.

“ExxonMobil appreciates very much the work in TTIP,” one legible part of the report says. “TTIP may succeed as Obama needs tangible results to be remembered.” The firm, which is said that its primary concern in the talks was “access to gas” as it has a LNG import terminal, the minutes say.

In response, “[The] commissioner expected that the TTIP would deliver on access to gas, US is unlikely to have problems in serving the EU,” officials said.

Several other papers, including reports of meetings with ExxonMobil and General Electric, were withheld entirely.

A new report by the thinktank Transport and Environment (T&E) says that the trade liberalisation being proposed by the EU and oil companies would dramatically spike emissions without other measures such as carbon pricing or maritime and aviation emissions reform.

“A liberalisation of the crude oil and gas market must also bring about a level playing field by phasing out fossil fuel subsidies,” said Cecile Toubeau, T&E’s trade and regulation officer. “Global fossil fuel subsidies will be worth €4.7 trillion in 2015. TTIP should define what constitutes subsidies and set a definitive timeframe for phasing them out.”