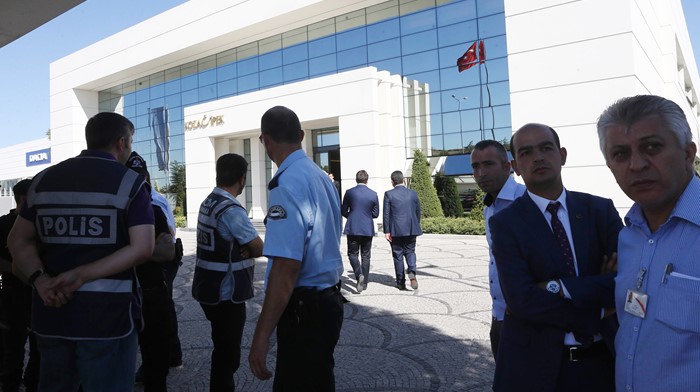 The Turkish government’s seizure of independent media companies is to be challenged in two international cases on the grounds that the multibillion expropriations breach investment treaties involving Britain and other EU states.

The UK-related claim, worth more than $5bn (£3.8bn), is aimed at overturning what are alleged to be politically motivated confiscations by the regime of Turkey’s president, Recep Tayyip Erdoğan,. Both are being taken to the World Bank’s International Centre for Settlement of Investment Disputes (ICSID) in Washington.

The latest case has been brought by Ipek Investment Ltd (IIL), a British company headed by a Turkish businessman, Hamdi Akin İpek, who lives in the UK. His holding company used to control the Koza Group of companies in Turkey, including Bugün newspaper and Kanaltürk TV station, which were seized in 2016.

İpek believes he is unable to obtain justice inside Turkey and has therefore initiated action in a forum where Erdoğan’s controversial regime will be subject to international judicial scrutiny.

The Koza Group consists of several Turkish companies that operate across various sectors, including mining, construction, aviation, agriculture, tourism and the media. Some of its media outlets have been shut down and their assets transferred to the Turkish government, the claim alleges.

Other companies are being run by trustees nominated by the government’s Savings Deposit Insurance Fund of Turkey. Tekin İpek, a director of the Koza Group and brother of Akin İpek, has been imprisoned in a Turkish jail for more than two years.

Bilateral investment treaties, such as the one between Turkey and the UK, provide investors with a means to seek redress for unfair treatment. Ipek Investment Ltd’s claim says: “IIL seeks compensation for illegal acts attributable to Turkey which expropriated, treated in a discriminatory fashion and otherwise failed to protect IIL’s investments in Turkey.” The company estimates damages to be in the range of $5bn to $6bn .

At the time Turkey alleged it carried out raids on the companies due to financial irregularities. The group was accused of having links to the Islamic cleric Fethullah Gülen whom the Turkish government alleges was behind the 2016 failed coup.

More than 1,100 companies, according to one survey, have been transferred to Turkey’s Savings Deposit Insurance Fund, most of them following the failed coup. Journalists on confiscated newspapers and TV stations have been arrested, replaced and jailed.

A spokesman for Ipek Investment Limited said: “IIL’s shareholding comprised a multibillion dollar business, which has been deliberately targeted and seized by the Erdoğan regime. The [Turkish] government has shown total disregard for property rights, human rights and all decency.”

A spokesman for Gibson, Dunn & Crutcher, the London law firm acting on behalf of IIL, said: “Turkey’s treatment of Ipek Investment Limited’s investment in the Koza Group is one of the starkest examples of breach of the fair and equitable treatment standard culminating in acts of expropriation. One of the directors of the Koza Group has been arbitrarily imprisoned in Turkey for over two years without any legitimate basis and without any prospect of a fair trial or access to justice.”

The first case filed at the ICSID in Washington over media confiscations by Erdoğan’s regime was launched earlier this year by a Belgium-based firm, Cascade Investments NV, which claims its assets were also taken away by the Turkish government in 2016 when the independent newspaper Zaman was shut down.

Markus Burgstaller, a partner in the London law firm Hogan Lovells which represents Cascade, told the Guardian: “Turkey alleged that the company was part of the Gülen foundation. It’s now under the trusteeship of the Savings Deposit Insurance Fund of Turkey (TMSF). My client did not invest in Zaman newspaper directly but in the company that provided services to Zaman.

“This was part of the expropriation of opposition assets, particularly in the media. The claimants are outside Turkey. They are claiming damages of at least €65m.

“If my client is successful and the tribunal awards damages, then Turkey has to pay the award. It’s a legal obligation. If Turkey doesn’t pay, then the award will be enforceable against Turkish assets in all the contracting states to the ICSID convention, an international treaty – that includes the UK or the US.”

The cases are expected to take several years before judgment is delivered.