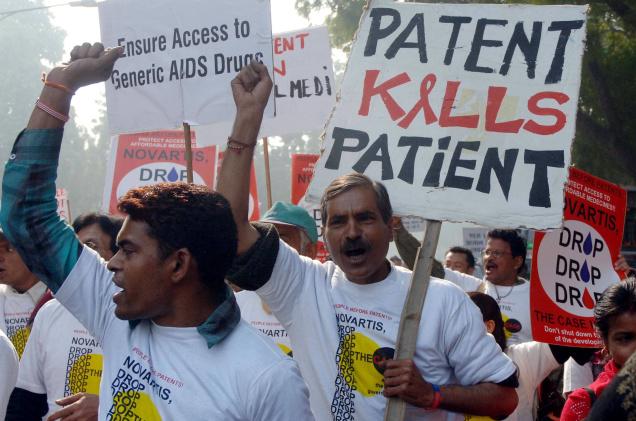 India has given private assurances that it will not grant licences allowing local firms to override patents and make cheap copies of drugs by big Western drugmakers, a U.S. business advocacy group said.

The comments were revealed in a submission last month by the U.S.-India Business Council (USIBC) to the U.S. Trade Representative (USTR), which is reviewing global intellectual property laws for an annual report identifying trade barriers to U.S. companies.

The USTR has placed India on its "priority watch" list for two years in a row saying the country’s patent laws unfairly favour local drug makers. A bone of contention has been a legal provision that allows the overriding of patents on original drugs and granting of ’compulsory licences’ to local firms to make cheaper copycat medicines.

India can grant such licences under certain conditions, such as public health emergencies, to ensure access to affordable medicines for its mostly poor people. It granted the first such licence in 2012, allowing local firm Natco Ltd to sell a copy of German drugmaker Bayer’s cancer medicine Nexavar at a tenth of the price.

Since that ruling, big Western pharmaceutical companies have criticised India’s patent law and lobbied for it to be changed.

In its submission to the USTR, a copy of which was seen by Reuters, the USIBC said the government "privately reassured" the group that it would not grant such licences to firms for commercial purposes.

The government has made no such statements publicly. Officials have said they are committed to protecting the interests of patients.

Commerce Minister Nirmala Sitharaman, her joint secretary in charge of pharmaceuticals, and the USIBC did not respond to requests for comment.

"If such an agreement in fact exists, this is extremely troubling news ... this sort of pressure is basically a declaration of war on poor cancer patients," KEI said in its own submission to the USTR last week. It called for details of the agreement to be made public.

Under Prime Minister Narendra Modi, India has been undertaking a review of its intellectual property (IP) policy. A revised policy is due to be released imminently.

Several health activists and charities like Medecins Sans Frontieres have criticised the review, saying India is buckling under U.S. pressure and compromising the interests of patients.

The U.S. Chamber of Commerce and the Pharmaceutical Research and Manufacturers of America, the biggest U.S. industry lobby group, have both recommended keeping India on the U.S. "priority watch" list in separate submissions to the USTR.

The Indian Pharmaceutical Alliance, which represents 20 big drug makers, argued in its own submission that India’s patent laws were fully WTO-compliant. Its head chided the USIBC for breaching confidence in its submission.

"If the government of India had said something privately, USIBC should not have embarrassed it by making it public," said Secretary General D.G. Shah.