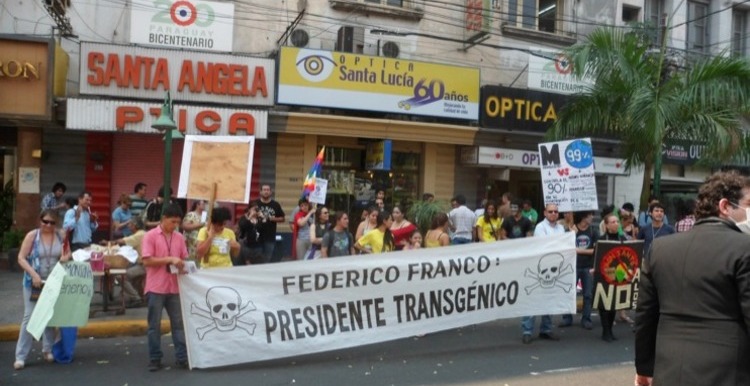 The United States and Paraguay recently negotiated the Trade and Investment Framework Agreeement, establishing a platform for the two countries to discuss a range of bilateral economic issues.

The United States and Paraguay on Friday entered an agreement to strengthen their trade and investment ties.

The Trade and Investment Framework Agreement (TIFA) was recently negotiated by officials of the Office of the U.S. Trade Representative and Paraguay’s Ministry of Foreign Affairs, and establishes a platform for the countries to discuss a range of bilateral economic issues, such as market access, intellectual property rights protection, and cooperation in the World Trade Organization and other multilateral forums.

The TIFA supersedes the Agreement Establishing the United States - Paraguay Bilateral Council on Trade and Investment signed on Sept. 26, 2003.

“Paraguay was a founding member of the World Trade Organization, the first country in South America to ratify the WTO Trade Facilitation Agreement, and has long been a good trading partner of the United States,” said outgoing U.S. Trade Representative Michael Froman in a statement. “Today’s agreement provides a vehicle for strengthening U.S.-Paraguayan trade and investment relations and promoting increased economic opportunities for both countries.”

According to the USTR, two-way trade in goods between the United States and Paraguay reached $1.7 billion in 2015, an increase of nearly 70 percent from 2005. The United States had a goods trade surplus of $1.4 billion with Paraguay in 2015.