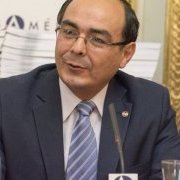 Paraguayan FM: Ties with Turkey strengthen through further cooperation
24-Jan-2020 Daily Sabah
The Paraguay president plans to visit Turkey in March 2020 and sign an agreement for the reciprocal promotion and protection of investments. 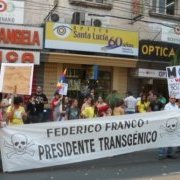 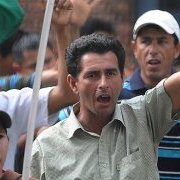 Uruguay, Paraguay drop out of TiSA talks
29-Sep-2015 Politico
U.S. trade officials acknowledged Uruguay and Paraguay’s decision to drop out of talks on the proposed Trade in International Services agreement.
Despite all, Mercosur is “working normally”, says Paraguayan foreign minister
25-Apr-2014
Paraguay’s foreign minister Eladio Loizaga said that there is no date for the several times suspended Mercosur summit, but a technical meeting is scheduled for next week in Montevideo when the issue, among others will be addressed. Nevertheless he insisted that the different bodies of Mercosur “are working normally”. 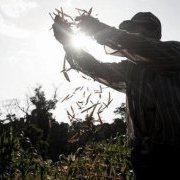 Paraguay and the Pacific Alliance: Why the country should not join the regional bloc – analysis
26-Sep-2013 COHA
If Paraguay were to enter the Pacific Alliance with its current distribution of land and no progress towards land reform, those who currently hold land—agribusinesses and local elites—will continue to reap the benefits while continuing to displace workers and exacerbating slum conditions in larger cities.
Geopolitical tsunami in the Southern Cone
9-Aug-2012 Americas Program
When the Paraguayan Senate approved the “political judgment” against Fernando Lugo on June 22, it unleashed the biggest political crisis in the Mercosur in the last 20 years. The dust still hasn’t settled, but it’s clear that nothing will be the same since the shake-up.
Political deal in Paraguay to vote for Venezuela’s incorporation to Mercosur
1-Dec-2010
Venezuela’s incorporation to Mercosur as full member seems closer as the Paraguayan Senate readies to consider the issue following on political agreements worked out by President Fernando Lugo.
Mercosur “is virtually fractured” Uruguay admits openly
10-Dec-2008
Mercosur presidential summit next week in Brazil has on the table an agenda of several highly sensitive issues that could deepen the rift between senior members Argentina and Brazil and junior members Paraguay and Uruguay, according to Uruguayan parliamentary sources.
Argentina’s protectionist policies alienate Mercosur partners
29-Nov-2008
As was anticipated Mercosur senior members Argentina and Brazil proposed Friday an increase of the common external tariff, (AEC) for certain products, and as was expected junior members Uruguay and Paraguay rejected the idea.
Paraguay backs Venezuela’s bid for full membership of Mercosur
5-Apr-2008
Paraguay supports Venezuela’s bid for full membership of the Common Market of the South (Mercosur), visiting Paraguayan Foreign Minister Ruben Ramirez said here Tuesday.
Paraguayan opp candidate: No FTA with US
24-Mar-2008
Fernando Lugo, presidential candidate for Paraguayan opposition Alianza Patriotica para el Cambio showed himself against a Free Trade Agreement with the US in case he wins the elections.
Brazil: “new deal” for Mercosur junior members
28-Jun-2006
Brazil proposed in Montevideo a “new deal” for Mercosur and requested a “credit of confidence” from Uruguay, which has bitterly complained about the group’s functioning and is moving closer to United States.
South American Ministers vow to avoid TRIPS-plus measures
1-Jun-2006 TWN
The Ministers of Health of ten South American countries issued a joint declaration on intellectual property committing themselves to avoid "TRIPS plus" provisions in bilateral and regional trade agreements, to facilitate the use of compulsory licensing and parallel importing and to avoid broadening the scope of patentability and the extension of patentable areas.
Paraguayan FTA safe: government
15-Feb-2005
Government officials yesterday dismissed a report that the proposed free-trade agreement (FTA) between Taiwan and its diplomatic ally Paraguay is in jeopardy, due to pressure from other members of Mercosur, a South American trade bloc of which Paraguay is a member.
Taiwan-Paraguay: MOEA set to negotiate FTA with Paraguay
7-Jul-2004
A Taiwanese official delegation will visit Paraguay later this month to negotiate groundwork for the two nations’ Free Trade Agreement (FTA) while Argentina acknowledged it had teamed up with Brazil to try and force Paraguay into switching its diplomatic allegiance from Taipei to Beijing.
Taiwan seeks FTA with Paraguay
25-May-2004 FTA with Paraguay being pursued
Taiwan is probing the possibility of signing a free-trade agreement (FTA) with Paraguay, a government official confirmed yesterday.
Mercosur for sale? The EU’s FTAA and the need to oppose it
14-May-2004 Mercosur for sale? The EU’s FTAA and the need to oppose it
Negotiations on a free trade agreement between the European Union (EU) and the Mercosur countries (Argentina, Brazil, Paraguay and Uruguay) have entered their decisive stage.
US-Paraguay MOU on IPR (2004)
23-Apr-2004
Subscribe to bilaterals.org weekly