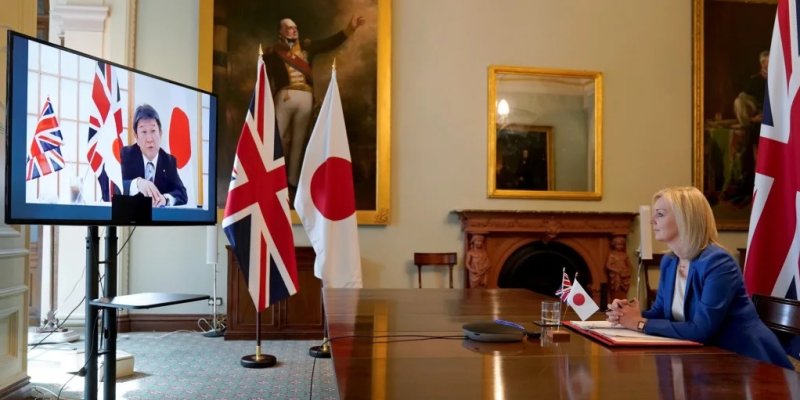 LONDON, June 17 (Xinhua) — Britain intends to pursue accession to the Comprehensive and Progressive Agreement for Trans-Pacific Partnership (CPTPP) as a key part of its trade negotiations programme, a government policy paper said Wednesday.

The announcement came as Britain is occupied in post-Brexit trade talks with the European Union, trying to secure a trade deal before the transitional period expires at the end of the year. It has also launched trade talks with the United States, Japan, and most recently, Australia and New Zealand.

Securing increased trade and investment opportunities will help the country’s economy overcome the unprecedented challenges posed by coronavirus, according to the policy paper from the Department for International Trade.

It said the the CPTPP membership will also diversify its trading links and supply chains, and turn it into a global hub for businesses and investors wanting to trade with the rest of the world.

CPTPP members include Australia, Brunei, Canada, Chile, Japan, Malaysia, Mexico, New Zealand, Peru, Singapore, and Vietnam. It represented 13 percent of global GDP in 2018, which would increase to more than 16 percent if Britain were to join, according to the policy paper.

In 2019, Britain did more than 110 billion-pound (about 137.8 billion-U.S. dollar) worth of trade with countries in this free trade area. CPTPP reduces tariffs on 95 percent of goods between its members and sets modern rules in areas of increasing importance for British industry and business, including on digital trade, data, financial, professional, and business services, according to the paper.