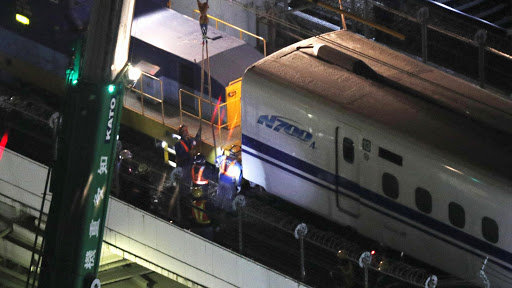 Last Friday, after signing the UK-Japan Comprehensive Economic Partnership Agreement (Cepa), trade secretary Liz Truss described it as a historic and a landmark moment. In truth, while the agreement has a certain political significance, its economic impact is likely to be very small. It contains very limited improvements relative to the trade deal the UK enjoyed with Japan through its EU membership - the EU-Japan Economic Partnership Agreement (EPA), which entered into force in February 2019.

First, the politics. Concluding its first free trade agreement (FTA) as an ’independent’ nation and signing a deal with the world’s third largest economy will alleviate some political pressure on the UK government. That is especially true given Japan is the UK’s fourth largest non-EU export market.

That pressure has been especially acute given the UK is still on a cliff-edge regarding its relationship with the EU. The FTA with the US, originally pitched as a key element of the post-Brexit agenda, remains some way off. In part, this is due to uncertainty from the US presidential election but also because of disagreements over key areas, such as the food safety standards of US agricultural products. So it is very apt timing for the UK government to have some significant results to show from the Global Britain project.

But while Downing Street has presented the agreement as going far beyond the EU-Japan deal, the Japanese government’s evaluation is more downbeat. It highlights the importance of maintaining market access at the EU-Japan level, with some improved rules - for example in e-commerce.

The original vision for the trade deal had greater ambition. Japan’s original refusal to ’roll-over’ the EPA was driven from two incentives. First, it wanted greater clarity regarding UK-EU future trade relations. And second, it wanted to negotiate something more ambitious, by upgrading the UK’s market access commitments and reviewing some rule-making issues rejected by the EU during the EPA negotiations.

Over time, though, Japan repositioned itself in order to prioritise ’continuity’. There was strong pressure from Japanese business to ensure a smooth transition from the EU-Japan EPA framework to the Japan-UK FTA from January 1st 2021.

The reality is that in order to conclude the deal within an unprecedentedly short negotiating time frame, both governments had to downgrade the scope and the level of ambitions.

The economic impacts of the agreement look very small due to this minimum value-add. According to the Department for International Trade (DIT), the long-term economic gains from the Japan-UK FTA relative to no-deal amount to £1.5 billion in the case of the UK (a 0.07% increase in its GDP) and equally £1.5 billion in the case of Japan (a 0.04 % increase in its GDP). In truth though, even these estimates probably exaggerate the gains, as the UK is currently already enjoying benefits of the EU-Japan deal.

The value-added elements relative to the EU-Japan EPA are limited to some finely narrowed-down improvements in rules, for instance in e-commerce, rules of origin, and financial services, and the UK’s immediate reductions of tariffs on some car and rail manufacturing products. The last-minute deal for the UK’s stilton cheese exports was made within the EU-Japan EPA framework by allocating the EU’s left-over quotas to UK cheese exports. Achieving ’continuity’ was set as the first priority in order to avoid the negative economic impacts of falling into bilateral trade on WTO terms.

A major short-coming in the agreement is the failure to build on the investment section of the EU-Japan EPA, which covers only investment liberalisation. This seems to reflect a lack of UK strategic policy-making. Japan is the largest investor abroad in the world, accounting for 14% of the world total in 2018, and the UK is the second largest destination for foreign direct investment (FDI) for Japan.

Given that Japanese FDI has been playing an important role in the UK economy and that retaining its existing investment in post-Brexit Britain is crucial, the UK government should have shown a strong commitment to Japanese investment by including a comprehensive investment chapter encompassing investment protection and dispute settlement.

Going forward, this will be an important lesson for the UK for future FTA negotiations. The UK government needs to strategically analyse investment relations with its FTA partners especially from the inward FDI perspective. The importance of this is heightened amid the double economic uncertainty from covid and Brexit. Enhancing investment policy cooperation through investment liberalisation, protection and a dispute resolution mechanism is one way in which the gains from UK FTAs could be higher than the currently very small projected gains.