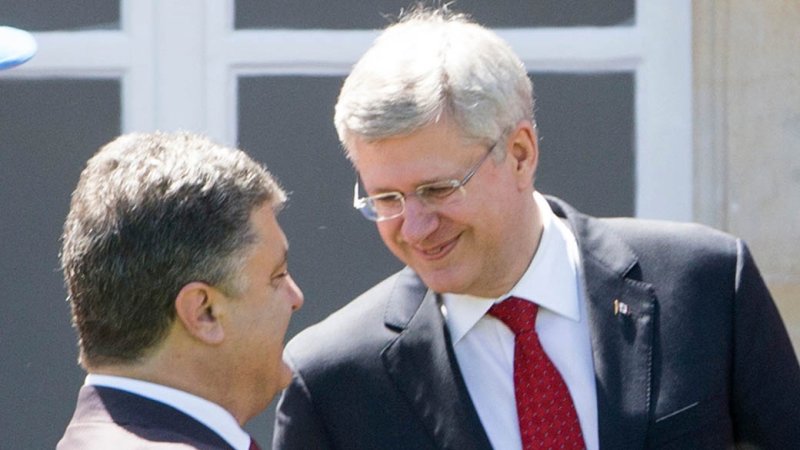 Ukraine and Canada will speed up the talks concerning the formation of a free trade area between the two countries.

Ukraine’s President Petro Poroshenko and Canada’s Prime Minister Stephen Harper discussed the issues of bilateral cooperation during a phone conversation, and agreed to speed up the process of negotiations on the formation of a free trade area, the Ukrainian president’s press service reported.

"Petro Poroshenko and Stephen Harper emphasized that the establishment of the FTA between Ukraine and Canada would become a positive signal for investors and business in the two countries, as well as enhance bilateral relations," the statement reads.

According to the report, Harper praised the efforts of the Ukrainian authorities and Poroshenko in particular on the path to the reformation of Ukraine. "The prime minister of Canada has assured of his willingness to assist in mobilizing international political and economic support for Ukraine," the press service said.

Poroshenko thanked Harper for his visit to Ukraine ahead of the G7 Summit. "It was a successful and symbolic visit, which demonstrated solidarity of Canada and the international community with Ukraine," the head of state noted.

The Ukrainian president informed the Canadian premier about the results of the meeting with the Ukrainian support group, which was established under the G7 leaders declaration, at the level of ambassadors and diplomatic representatives.