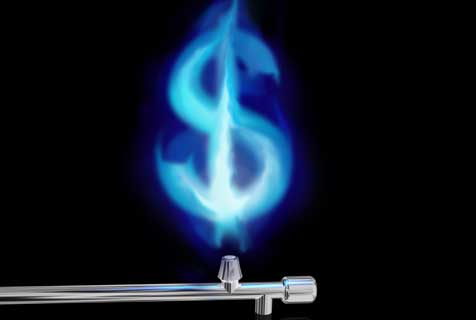 BRUSSELS, March 22 (Reuters) — Russia’s annexation of Crimea underlines the need for the United States and the European Union to deepen their economic ties via an ambitious trade deal that would also allow Europe to import U.S. gas, Washington’s top trade official said on Saturday.

Days before U.S. President Barack Obama and EU officials hold a summit in Brussels, U.S. Trade Representative Michael Froman said the rationale "could never be stronger" for a U.S.-EU free-trade pact, despite growing public hostility to it.

"Right now, as we look around the world, there is a powerful reason for Europe and the United States to come together to demonstrate that they can take their relationship to a new level," Froman told reporters.

"Recent developments just underscore the importance of the transatlantic relationship. "From both a strategic and economic perspective, the rationale for the T-TIP could never be stronger," he said, referring to the proposed accord’s official name, the Transatlantic Trade and Investment Partnership.

Brussels and Washington say a trade pact encompassing almost half the world’s economy could generate $100 billion in additional economic output a year on both sides of the Atlantic, as well as creating a market of 800 million consumers.

But since talks were launched eight months ago, reports of U.S. spying in Europe and accusations that an accord would pander to big companies have combined to erode public support.

Moscow’s seizure of the Crimea region from Ukraine and Europe’s reliance on Russian energy have focused minds across Europe about the need for stronger ties with the United States, while European Trade Commissioner Karel De Gucht warned that Russia was no longer a reliable partner.

"We should have a very clear idea of what Russia is doing by annexing Crimea. It doesn’t have a place in normal international relations," De Gucht later told a conference alongside Froman.

"Do we have to swallow that? I think there is a price for that and I think we should be very clear, the EU and the United States together, that they (Russia) simply cannot do this," he said, although he declined to say if he backed a trade embargo.

EU leaders dedicated a summit in Brussels on Thursday and Friday to rethinking relations with Moscow and accelerating their quest to reduce the bloc’s reliance on Russian oil and gas, an area where the United States can play a role.

Froman laid out how companies could export U.S. liquefied natural gas (LNG) in tankers to Europe, as France, Germany and Britain seek, benefiting from the U.S. shale gas revolution.

Under U.S. rules, the Department of Energy must issue licenses to exporting companies, but license approval becomes much easier under a free-trade agreement, or FTA.

"Clearly, when the T-TIP is done, assuming it is done, there will be an FTA relationship with the European Union," he said.

Asia is for now a more lucrative export market for U.S. liquefied natural gas, but Froman said it was also up to European companies to decide where gas goes, and that exports did not depend on a transatlantic trade deal.

"Even right now, there have been four or five licenses approved for export to non-FTA countries. There are several European companies who are the contractors," he said, naming France’s Total and GDF Suez.

"Where that gas goes is up to them. Conceivably, European governments have an interest in them bringing that gas to Europe," Froman said.

The European Union’s top two officials, Herman Van Rompuy and Jose Manuel Barroso, are expected to press Obama on the issue of energy on Wednesday when they meet in Brussels.

De Gucht said it was in the United States’ interest that Europe should become less reliant on energy from Russia. "That’s why I think we should have an ambitious chapter on energy in the T-TIP," he said, referring to EU demands for a clear framework setting out U.S. commitments on gas exports.

Beyond Ukraine, other difficult issues include how to open up to each other’s markets, removing barriers to business and customs duties that cost companies billions of dollars each year, particularly automakers such as Ford, General Motors and Volkswagen.

Washington and Brussels are at odds over an initial exchange of offers to open up markets and cut tariffs, with each saying the other has not been ambitious enough.

"We reaffirm that the goal of negotiations should be elimination of all tariffs. We would welcome Europe reaffirming that goal," Froman said. (Editing by Robin Pomeroy and Kevin Liffey)