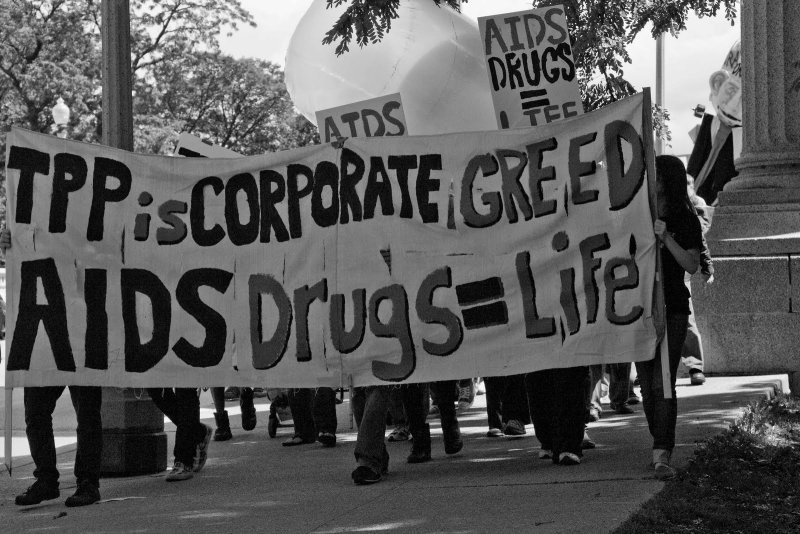 GENEVA, 28 July 2015—As the world celebrates the achievement of reaching 15 million people with HIV treatment and commits to ending the AIDS epidemic by 2030, UNAIDS reminds countries of the urgent need to ensure that new trade agreements under negotiation do not impede access to medicines.

In the 2011 Political Declaration on HIV/AIDS, adopted unanimously by the UN General Assembly, governments reiterated their commitment to the use of existing flexibilities under the Trade-Related Aspects of Intellectual Property Rights (TRIPS) Agreement, specifically geared to promoting access to and trade of medicines, and to ensure that intellectual property rights provisions in trade agreements do not undermine these existing flexibilities, as confirmed by the Doha Declaration on the TRIPS Agreement and Public Health.

“The flexibilities established in the Doha Declaration and the TRIPS agreement to protect public health and provide access to medicines for all should be fully respected during the negotiation of new trade agreements,” said UNAIDS Executive Director, Michel Sidibé. “We are entering a crucial phase of the AIDS response which will decide whether we end the epidemic as a public health threat by 2030. Anything that undermines that response must be avoided.”

Various trade agreements are currently in negotiation and concerns have been expressed that they could involve so-called ‘TRIPS-plus’ measures such as broadening patentability criteria and extending patent duration.

Trade negotiators from 12 countries are currently working to conclude the text of the Trans-Pacific Partnership Agreement (TPP), which includes an intellectual property chapter that reportedly contains provisions going beyond what is required under the TRIPS Agreement. Such “TRIPS-plus” provisions could make generic competition more difficult and lead to higher drug prices. There is also concern that any TRIPS-plus provisions agreed in the TPP are likely to influence future trade agreements.

Generic competition in the pharmaceutical industry, as well as the use of intellectual property flexibilities, have helped make prices for life-saving drugs much more affordable and enabled the unprecedented scale up of HIV treatment programmes. “The imperative over the next five years is to diagnose millions of people living with HIV and get them access to the life-saving medicines they need,” said Mr Sidibé, “The right to health must not be negotiated away for trade gains.”

If the global AIDS response is to attain the 90-90-90 treatment target by 2020 – 90% of people living with HIV knowing their status, 90% of people who know their status on treatment, and 90% attaining viral suppression – HIV treatment must be accessible and scale-up must be financially sustainable.

UNAIDS The Joint United Nations Programme on HIV/AIDS (UNAIDS) leads and inspires the world to achieve its shared vision of zero new HIV infections, zero discrimination and zero AIDS-related deaths. UNAIDS unites the efforts of 11 UN organizations—UNHCR, UNICEF, WFP, UNDP, UNFPA, UNODC, UN Women, ILO, UNESCO, WHO and the World Bank—and works closely with global and national partners towards ending the AIDS epidemic by 2030. Learn more at unaids.org and connect with us on Facebook and Twitter.