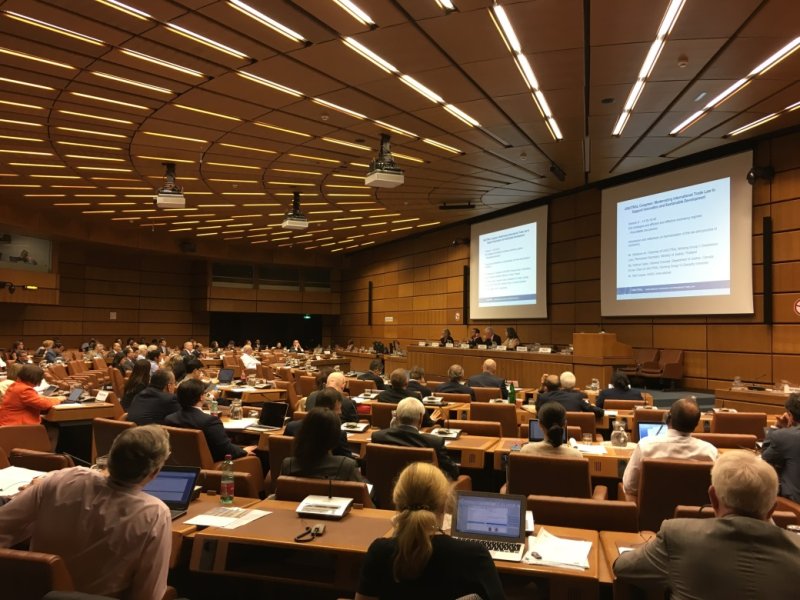 UNCITRAL and ISDS reform: In sickness and in health

UNCITRAL Working Group III met in Vienna last week to continue its discussions about how to reform investor-state dispute settlement (ISDS). In April 2019, the Working Group agreed that the ISDS system suffered from significant problems and required reform. In colloquial terms, the system was causing a variety of illnesses; states needed to diagnose the underlying causes and prescribe cures. This blog traces the debate dynamics as states considered different treatment plans to restore the system to health. In tomorrow’s blog, we provide a first conceptualisation of how these different treatments might be weaved together in a flexible framework.

During Phases 1 and 2 of this process, it sometimes felt like states were complaining about having suffered from various illnesses arising from the system. These illnesses included very large awards, inconsistent decisions, frivolous cases, arbitrator conflicts and excessive fees. Different states at UNCITRAL had succumbed to different illnesses, but the general sentiment expressed was that the existing system had created unhealthy pathologies that needed treatment.

In Phase 3, states are recognising that that they are not only patients, they are also doctors. Some (powerful) states have long seen themselves as doctors, able to treat problems with available tools, while other states have either not seen themselves as doctors or not had access to the same tools. At UNCITRAL, there has been a clear shift: all states now recognise that they have individual and collective agency to reform the system. But they disagree on the best course of treatment.

Should the Working Group just treat specific illnesses? States adopting this approach favour non-structural reforms and coalesce around a multilateral instrument on procedural reforms, which they argue would provide significant and speedy fixes to the existing system.

Or do some recurrent illnesses have underlying structural causes, like contaminated water, that the Working Group should address to ensure ongoing health? States that start from this position are not necessarily opposed to procedural reforms, but believe structural change is also required. As Argentina put it, ‘if we’re looking for a long-term solution, we need to change the whole system.’

Not all states fit neatly into one of those two coalitions, however. Many states perceive fundamental problems with the system, yet are focused on specific procedural reforms. Several of these states have suffered from particular illnesses and enter the Working Group determined to cure those particular maladies. Therefore they prioritise treating their acute illness within the existing system, but also often display openness to structural reform. Other states openly support procedural and structural reforms, such as China.

There are fundamental differences among the doctors about the diagnosis and cure. Yet what appears to be emerging are simultaneous treatment plans: a multilateral instrument containing both procedural and structural reforms.

This was the fifth time this group has met, and it shows: routines are developing, and various actors are growing more comfortable with their roles in the process.

Most noticeably, a growing number of countries attend and have started to participate vigorously. Many states are now sending officials with expertise from capital rather than relying on their local embassy officials. Some of these officials are now attending for the second or third time, and while they may have spent their first time learning the Working Group’s procedures and dynamics, now they come prepared to speak.

The result is purposeful, experience-based interventions from experts in the field. Some of these interventions, like the Dominican Republic’s when calling for a ban or strict regulation on third party funding, set out why the issue is important based on their experience and what reform solution they believe would address the issue. Others, like Guinea and Côte d’Ivoire’s interventions during discussions of an advisory centre, start by identifying priorities based on their experience, then offer their assistance or example statutes to the Secretariat to ensure their priorities are considered in the reports being prepared.

Having a room full of experts from capital plays out beyond the plenary debate too. Nigeria and Pakistan, both with expert delegations from capital, sit next to each other, and have lots to talk about since these Nigerian officials are grappling with a $9 billion enforcement decision from August (around 20% of Nigeria’s foreign exchange reserves), while these Pakistani officials are grappling with a nearly $6 billion award from July (around 85% of Pakistan’s foreign exchange reserves). Both delegations raised the issue of mega-awards and added damages to the Working Group’s agenda as a cross-cutting issue.

Regardless of how this widening of the agenda goes forward in the plenary, officials are making use of UNCITRAL to share experiences and form networks. Regional networks are becoming noticeable. Not regional blocks that operate with one voice in the plenary, but something more akin to regional learning networks. These are not diplomats recreating dynamics from other international bodies; these are officials from capital forging new relationships on the margins of Working Group III.

States waking up to the importance of a forum is a subtler, longer-term development, but it may be the most important thing happening in this Working Group. A hub where they meet regularly, learn from one another, and deliberate reform options opens up new possibilities for joint action and gives new impetus to domestic action. A hub focuses minds on potential problems in a forward-looking way and lets officials share strategies about how to make ISDS reform a priority when they return to capital. We expect that these conversations are steps toward more action, inside and outside of UNCITRAL, in the years ahead.

The value of learning networks and a shared forum is leading states to rethink the functions of an advisory centre. Many participants begin with the Advisory Centre on WTO Law (ACWL) as the model for an advisory centre related to investment law. Yet some of the states that have thought about an advisory centre in investment at length, like Benin, Guinea, and Thailand, have moved toward a new design with less emphasis on representation (filling gaps in state legal capacity as respondents) and more emphasis on coordination (treaty drafting advice, information sharing, training officials, organising exchanges of officials, and capacity building to avoid and handle disputes, features Jeremy Sharpe noted in his EJIL Talk! blog about going beyond the WTO model).

With more emphasis on coordination, the term ‘advisory centre’ started to give way to references to an ‘assistance mechanism’; similarly the term ‘beneficiary’ may be discarded for ‘participant’ or ‘member’, terms that reflect the desires of states to play more active roles managing their treaties and disputes, and reflect that the purpose of assistance or providing resources is to help them do so.

Although some states cast doubt on an assistance mechanism’s ability to actually solve their most important concerns, no states opposed it and a number of states, particularly those that had participated in the recent Intersessional in Conakry, came prepared to prioritise an assistance mechanism. On this issue, as on others, interventions from Francophone West African states were striking in their clarity and unity; the impact of the Conakry Intersessional was noticeable.

There seems to be agreement among the states or doctors that an assistance mechanism focused on broad capacity challenges (beyond the ACWL model) is an important part of any treatment plan.

Treatments We Can All Agree On?

Alongside states gaining comfort and establishing routines in the room, the Chair and Secretariat are also settling into their roles. After Monday was spent debating time allocation and the order in which issues would be discussed, the Chair deftly shifted the Working Group into a new gear. From Tuesday mid-morning onward, the Working Group discussed specific issues: first an advisory centre, then a code of conduct, and finally third party funding.

The Chair oriented these discussions toward a shared goal: giving instructions to the Secretariat. After the week, the Secretariat would prepare a paper for each issue that included a list of possible reform options and draft articles, the states just needed to direct the Secretariat about what should be in that paper.

On issues like a code of conduct, the diagnosis seems fairly straightforward. Indeed several states, like Ecuador, noted that they felt the room was close to consensus in terms of the broad principles of a code of conduct. Many states made clear that they sought binding rather than voluntary rules, disclosure on a continuous basis, sanctions or penalties for non-compliance, and a body or actor to enforce the code. A wider spectrum of views emerged on third party funding, from just disclosure to disclosure plus sanctions for non-disclosure plus security for costs plus a partial ban or strict regulation. Several states also noted that the range of concerns expressed in Working Group III go beyond the concerns that the ICSID rule revision is addressing. Although states’ views do range widely, the tone was productive: states were setting out their initial positions, knowing they were beginning an iterative process through which they would get increasingly specific and work out compromise text. Almost all states broadly agreed that third party funding is a currently ‘a regulatory vacuum’ and they would fill this vacuum with an agreement.

What do we learn from these discussions? We saw how states will generate the content that will fit into a multilateral instrument on procedure or structure. On each issue, a spectrum of views will be identified first, then draft text circulated, followed by increasingly detailed negotiations to determine where the final rules fall along that spectrum.

This week we also got subtle reminders that many countries will likely end up participating in both a permanent body and ISDS because they prioritise maintaining close relationships with major actors like China, the EU, and the US that have different preferences. For example, when citing examples of recent treaties that could provide reference points for standards in a code of conduct, Canada, Mexico, and Singapore each diplomatically referenced the CPTPP and then one treaty with the EU. Many states are careful not to take sides, recognising that their future likely lies with several models.

This group of states is diverse, but broadly we can assume that the more a state anticipates signing others’ model treaties in the future, the stronger their interest in every type of reform likely to emerge from this process: reforms to treat specific illnesses within the current system, structural reforms to prevent future illnesses, and reforms to cope with the system no matter what happens. As we noted in 2017, this process is likely to end with a plural solution in which both models (ISDS and a court), and possibly others, exist.

Many states are pragmatic pluralists; they recognise that their ability to shape the system in general may be constrained, but also see that this process has created opportunities for them to achieve important objectives. They now face strategic and tactical questions: when and where do they have leverage and how can they exercise it? For instance, exhaustion of local remedies was raised by several states. Should states interested in exhaustion or counterclaims try to strike a deal in which these issues are addressed multilaterally, in exchange for providing support to a permanent body, some are asking themselves.

What we see concretely is that states are beginning to develop a clearer sense of the various reform tools that could be developed separately or combined in a framework agreement. Three component parts are emerging: procedural reforms that include a code of conduct, rules on third party funding, and other types of specific content; structural reforms, including an appellate body and a court of first instance; and support for capacity building and representation so that all states can better manage their treaties and disputes.

How might the states and the Secretariat bring these tools together in a flexible framework for moving forward? We consider this issue in the next blog.