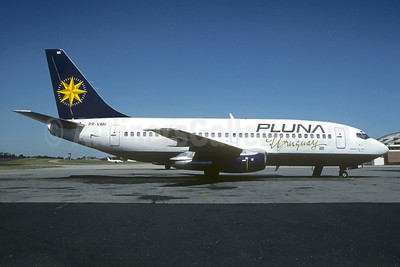 A Panamanian holding company has threatened to bring an arbitration claim against Uruguay over the renationalisation of an airline.

It accuses Uruguay of illegally expropriating former national airline Pluna Líneas Aéreas Uruguayas, in which it held an indirect 75% stake, shortly before it went bankrupt in 2012.

The notice triggers a six-month cooling off period under the BIT, which provides for arbitration proceedings either at the World Bank’s International Centre for the Settlement of Investment Disputes or under United Nations Commission on International Trade Law rules.

Founded in 1936, Pluna was first nationalised in 1951 and then partially privatised in 1995. In 2007, Uruguay sold a 75% stake in the airline to Larah’s parent company, Uruguayan private equity fund Leadgate, for US$15 million.

Following this Pluna enjoyed a period of unprecedented success, growing its fleet to 13 aircraft and setting an annual passenger record in 2011. Larah says that it invested significant resources to develop the airline into a growing and successful business.

However, in 2012 Pluna was hit by financial troubles caused by a currency crisis in Uruguay; the Argentine government’s decision to subsidise fuel costs for airlines including Pluna’s rival Aerolíneas Argentinas; and the eruption of Chile’s Puyehue volcano in 2011, which caused months of flight cancellations.

Apart from these problems, Larah alleges that arbitrary and politically motivated measures by Uruguay undermined Pluna’s development and destroyed its investment, ultimately leading to the forced sale of the airline to a government-owned trust and bankruptcy just weeks later.

Among other things, Larah alleges that Uruguay created unnecessary liquidity problems for Pluna and arbitrarily rejected additional credit lines. Leadgate’s partners arranged for US$30 million in debt financing to help alleviate the company’s cash crisis in 2012, but this proposal was turned down by government representatives.

Larah also argues that Pluna, its shareholders and its senior executives were subjected to a campaign of public harassment by the state which made it impossible to attract financing. Larah says that as a continuation of the campaign Uruguay arbitrarily imprisoned three Argentinian executives of its parent company, Leadgate, on suspicion of fraud in 2013.

According to a report in The New York Times the Leadgate executives had moved to Florida in the wake of Pluna’s bankruptcy but flew back to Uruguay to testify in an investigation into the airline’s collapse. They were accused of fraud and jailed without formal charge, with one being released in 2014 and the other two in 2015.

In 2016, a Uruguayan bankruptcy court found that the Leadgate executives had not been responsible for Pluna’s demise.

Larah claims that Uruguay’s actions with respect to Pluna amounted to breaches of its obligations to provide fair and equitable treatment, to protect investments, to treat foreign investors the same as domestic investors and to avoid subjecting them to expropriation or nationalisation without just compensation.

ALN’s sister publication Global Arbitration Review understands that New York private equity firm Tenor Capital Management recently purchases Larah through its Panamanian portfolio company, Caballero. An article published in Aviation Week, which cited a source with knowledge of the takeover, predicted that the next step would be for Larah to file an investment treaty claim arguing Uruguay is responsible for Pluna’s demise.

The article also predicted that the damages sought would run to hundreds of millions, being based on the airline’s projected value today as well as on the value of seven Bombardier CRJ900 aircraft sold off during the bankruptcy proceedings in 2012.