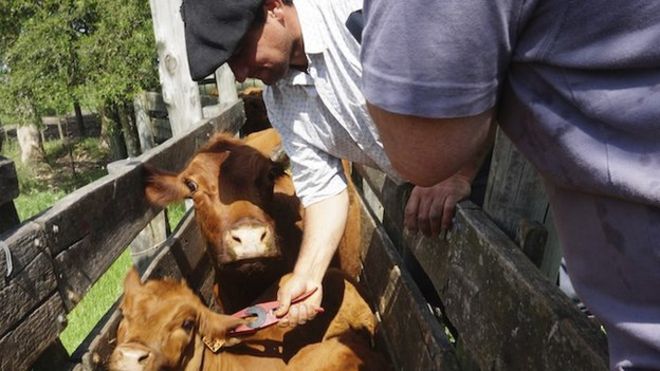 MONTEVIDEO – Uruguay intends to strengthen its trade relations with China through a Free Trade Agreement (FTA), said Antonio Carambula, the executive director of the Uruguay XXI – the investment and export promotion institute.

That announcement comes as the Uruguayan government embarks on a state visit to China from Wednesday until Oct. 21 and will be led by Uruguayan President Tabare Vazquez, according to the website of the Office of the President of Uruguay.

Tabare’s delegation, which includes ministers of his government, will express its willingness to start negotiations toward an FTA with China, Carambula said.

“Last week we took an important step by signing the free trade agreement with Chile” and this FTA “clearly marks” the will of the Uruguayan government regarding trade relations, Carambula told local radio station Radio Uruguay.

China is Uruguay’s first export destination, with sales reaching $2.1 billion in 2015 with different products such as beef, fish, milk, and medicine, among others, according to a Uruguay XXI report.

Carambula also noted that during the visit of the Uruguayan delegation to China, the new government infrastructure plan will be presented and Uruguayan President Tabare Vazquez will open the 10th edition of the China-LAC Business Summit.