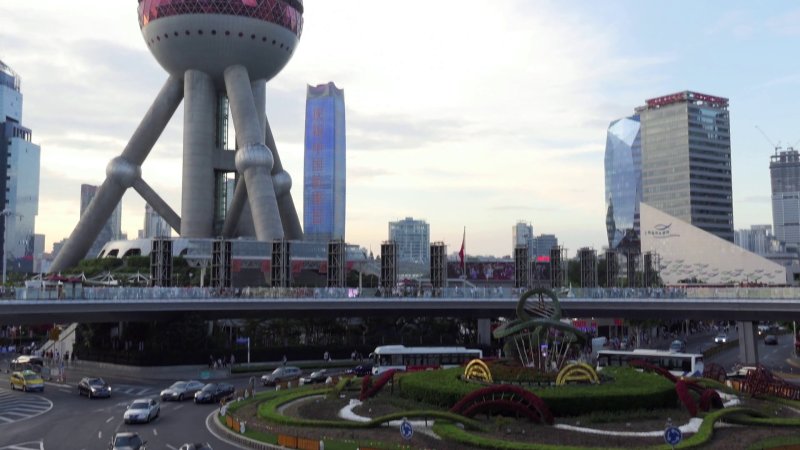 US, China dust off corporate deals before trade pact signing

by Jenny Leonard and Steven Yang

The U.S. and China are finalizing a bevy of long-running corporate deals ahead of a high-profile ceremony to sign a trade deal next week that the world’s largest economies seek to cast as a major breakthrough and a marked warming in the relationship.

Along with a Chinese delegation led by top negotiator Vice Premier Liu He, executives from American and Chinese companies will also attend the White House event to sign the phase-one agreement on Jan. 15, said the people, who asked not be named discussing private plans. People’s Bank of China Governor Yi Gang and Minister of Commerce Zhong Shan will also participate, they said.

Just as plans for the signature of the initial stage are being finalized, President Donald Trump told reporters Thursday he wants to start negotiations on phase two “right away,” but might not finish those until after the U.S. presidential election in November.

While few details have emerged about what’s exactly in the phase-one document, corporate executives will be part of the ceremony to show support, some of the people familiar with the planning said. What is clearer is the effort to show the talks are bearing fruit, particularly with long-running projects in China that are finally gaining traction.

On Thursday, China highlighted a pledge to fully open up its oil and gas exploration sector. The day before, it announced American Express Co. had cleared a key hurdle to accessing its $27 trillion payments market, the latest in a series of steps it’s taken to address areas of contention.

China has been opening up its financial sector at an unprecedented pace as the trade war raged on, luring global banks seeking to compete for an estimated $9 billion in annual profits. While the policy has often been cast as addressing U.S. complaints that the Asian nation has been a one-sided beneficiary of trade, domestic motivations are also behind the push.

While AmEx became the first foreign company to win permission to start preparation for the business in November 2018 after forming a joint venture with LianLian, a Chinese fintech-services firm, the central bank’s decision this week to accept its application to start a bank card clearing business was only the latest step toward final approval.

Still, the U.S. and China have a history of announcing headline-grabbing deals that don’t pan out as promised. During Trump’s 2017 visit to Beijing, the two countries announced $250 billion in deals — many of which turned out to be more show than substance.

“It’s common to make the announcement, get the headline, and then let things fizzle,” said Andrew Polk, co-founder of research firm Trivium China in Beijing. “China is not opening its market because of the trade deal, but because it’s in its own interest, and is using the timing as a politically convenient tool in the trade negotiations.”

For the U.S., a centerpiece in the latest deal is a Chinese pledge to boost purchases of American goods and services by at least $200 billion more than its 2017 level in two years, which Trump in October called “by far, the greatest and biggest deal ever made for our Great Patriot Farmers in the history of our Country.” He also said on Twitter that the pact included Chinese purchases of $16 billion to $20 billion worth of Boeing Co. airplanes.

The U.S. administration is eager to show that it has convinced China to do more than buy farm commodities and boost purchases in three other areas — energy, manufactured goods and services.

U.S. financial institutions including JPMorgan Chase & Co. and Moody’s Corp. are also awaiting the regulatory go-ahead for shareholding changes that would allow them to have more control of their Chinese joint ventures.

China’s Ministry of Commerce did not immediately respond to a fax seeking comments on deals that may be announced alongside the trade agreement. A spokesman told reporters Thursday that the two teams remain in close contact.

In Washington, the White House said the list of attendees is still being finalized with the Chinese.

On Thursday, China’s resources ministry provided more details on the opening up of the country’s oil and gas exploration, saying that companies with net assets of at least 300 million yuan ($43 million) can apply for licenses as part of “a major reform.” The announcement boosted shares of a swathe of firms that service exploration and production in the country, even though foreign companies have been granted access to the market since July when the industry was taken off a list where overseas investors are restricted or banned.

The future is still unclear for the largest deal of Trump’s 2017 trip, an agreement between Sinopec, CIC Capital Corp. and Bank of China to help develop a $43 billion liquefied natural gas export plant in Alaska.

The project is still seeking regulatory approval in the U.S., with an environmental protection report released in June saying it posed significant impacts. A final decision on authorization is due this summer. The project’s high cost means it has a lower probability of being developed than other U.S. proposals, according to BloombergNEF.

In the lead-up to next Wednesday’s signing ceremony, executives and government officials from both sides are painting a cheerful picture of a relationship that less than five months ago had bottomed when President Donald Trump tweeted that U.S. companies with Chinese interests were “hereby ordered” to look to do business elsewhere.

Standing in stark contrast to that directive, California-based Tesla Inc. started production in China earlier this week with Chief Executive Officer Elon Musk dancing on stage at a ceremony in Shanghai.

“Win-win is always the hallmark of our economic and trade cooperation,” Cui Tiankai, China’s ambassador to the U.S., said at a gala Wednesday in New York for Chinese companies that invest in the U.S. “As long as we bear in mind the fundamental interests of the two peoples and respect each other’s dignity, sovereignty and core interests, no difficulty is too formidable to surmount.”