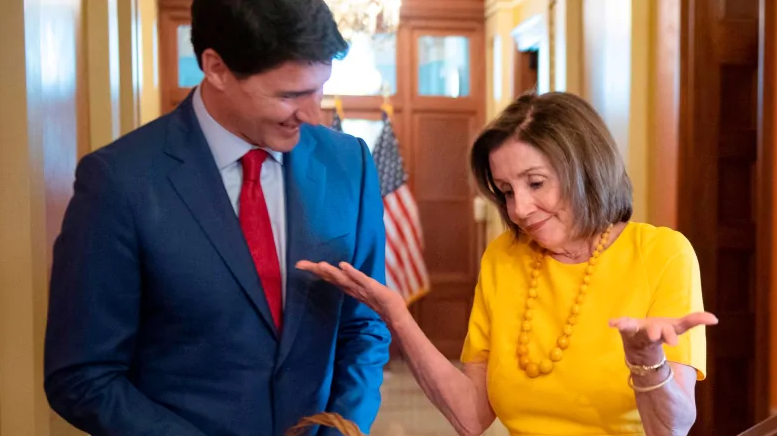 Pelosi spoke by telephone with Trudeau to give him an update on negotiations between Congress and the U.S. Trade Representative’s Office (USTR), repeating Democrats’ “key concerns of labor standards, prescription drug prices, environmental protections and concrete enforcement mechanisms,” the spokesman said in a statement.

“The Speaker emphasized that Democrats are especially concerned with enforcement of the Agreement and Mexico continuing to implement labor standards and other key commitments,” the statement said.

The trade agreement, which leaders from the United States, Mexico and Canada signed in November, must be ratified by lawmakers in all three countries. Mexican lawmakers have already done so.

A statement from Trudeau’s office said: “The Prime Minister and the Speaker discussed progress on the new North American Free Trade Agreement and welcomed ongoing work towards its ratification.”

The Trump administration is pressing lawmakers to quickly ratify the USMCA, which will replace the North American Free Trade Agreement, but Democrats who have the House majority say they will proceed only when their concerns have been addressed. The U.S. Senate is controlled by Republicans.

House Ways and Means Committee Chairman Richard Neal told fellow House Democrats on a conference call on Tuesday that detailed proposals have been sent to the USTR and the ball was now in the USTR’s court, according to a Democratic aide on the call.

Neal also said he expects the pace of negotiations to increase this month, the aide said.

Donohue said passage of the USMCA would help boost the U.S. economy and reassure financial markets, which have been roiled by tit-for-tat tariffs imposed by China and the United States.

“If we came up with a good strong vote on that (USMCA), it would give us a great step forward,” Donohue said, adding his belief that Congress had “enough votes to do it right now.”