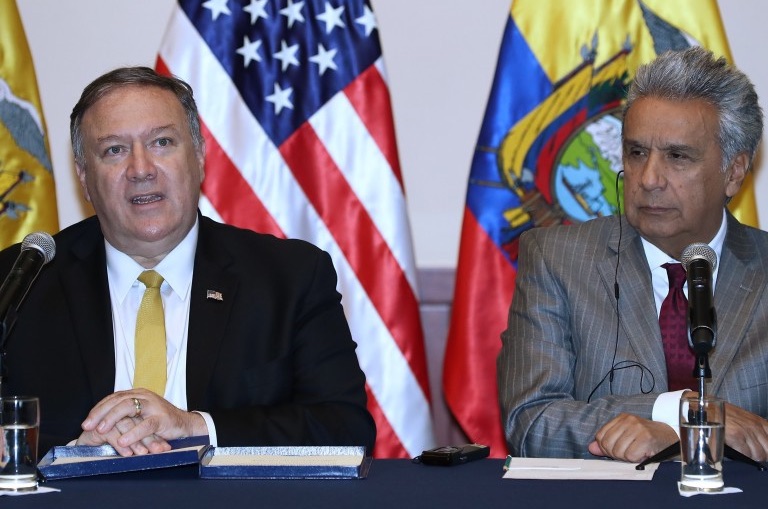 WASHINGTON (UrduPoint News / Sputnik - 12th February, 2020) The United States and Ecuador are close to concluding a free trade agreement and will explore the opportunity of doing so during the upcoming visit of Ecuadorian President Lenin Moreno to Washington, a senior administration official said during a telephone briefing.

"The United States and Ecuador are very close to [concluding] a free trade agreement.

Both countries would like to explore if we can finish this offer," the official said on Tuesday evening.

US President Donald Trump is scheduled to meet with Moreno at the White House on Wednesday.

The development of the region’s economy and trade will constitute a big part of the conversation between two leaders, the official said.

The United States and Ecuador have a "really wonderful trade relationship" and planning to hold the second round of bilateral Trade and Investment Committee in the very near future., the official added.