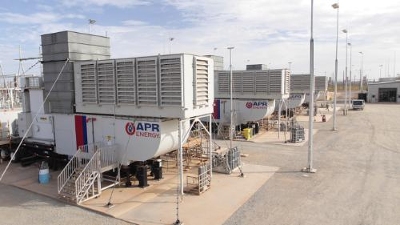 Australian taxpayers are facing a $260 million legal claim under the US-Australia free-trade agreement over the alleged expropriation of four gas turbines.

American company APR Energy has enlisted the support of a high-profile band of US politicians, including former Republican presidential nominee hopeful Marco Rubio, to pressure the ­government to compensate APR and fix property registration laws that allowed ANZ to seize four of APR’s gas turbines following the collapse of contracting firm Forge Group.

Lawyers for Florida-based APR will this week officially ­notify the office of Attorney-General George Brandis that the company is demanding $US200m ($261m) in compensation over what it says was “an expropriation by nationalisation” of its turbines at Port Hedland in Western Australia.

The turbines were owned by APR but leased to Forge, which unbeknown to APR and in breach of the lease agreement included the hired turbines under a blanket lien for a loan with ANZ.

It meant ANZ was effectively able to seize ownership of the turbines when it appointed receivers to Forge, triggering a series of funding problems at APR that contributed to a share price collapse that all but wiped out the value of its stock.

The latest twist in the case and its potential cost to taxpayers comes at a particularly awkward time for ANZ, which last month agreed to an estimated $200m settlement to Indian ­tycoons Pankaj and Radhika Oswal and which is facing a parliamentary inquiry in Canberra this week.

According to a copy of the notice of claim, obtained by The Australian, APR argues a recent court judgment in favour of ANZ extinguished APR’s rights to its own property.

“The judgment constitutes an expropriation of the turbines by the Australian government for which APR is entitled to compensation fixed at the fair market value of the turbines and resulting consequential damages arising from the expropriation in excess of $US200,000,000.00,” the notice says.

“Moreover, the forfeiture of all rights constituted an expropriation by nationalisation of the rights of APR in the turbines, which is prohibited under article 11.7 of the AUSFTA and for which Australia must respond under the obligations that it has assumed under the AUSFTA and generally, under principles of public international law.”

APR’s issues with the turbines date back to its 2013 acquisition of a lease agreement between ­General Electric International and Forge for four of GE’s gas ­turbines. The $US64m turbines were installed by APR in early 2014, just before Perth-based Forge collapsed.

Neither APR nor GE had registered the turbines under the controversial Australian Personal Property Securities Act (PPSA). Following Forge’s collapse, APR was shocked to discover its failure to carry out the $100 registration meant it no longer held security over its own $64m in assets.

With the turbines sitting idle, APR says it had to pay a $US44m bond, which “was posted with a figurative gun to APR’s head” to take back control of the turbines while the legal dispute between it and ANZ was heard.

APR said the dispute with ANZ and the Australian government represented a “very serious, inequitable, illegal and outrageous situation”.

In a recent letter to UN trade representative ambassador Michael Froman, APR said the PPSA laws offered a “tremendous advantage” to Australian financial institutions over US businesses and asked the ambassador for his help “to correct this extraordinary legislative inequity”.

“The PPSA is offensive to the universally accepted principles of common law right to title and ownership of property, denies the parties due process in connection with the taking of their property, and makes Australia an outlier in the commercial world,” APR said.

A host of senior US congressmen and senators, including Mr Rubio, have written to Australian politicians and ambassadors urging action over the case.

The Port Hedland contract on a site owned by government utility Horizon Power was the first in Australia for APR.

APR recently appealed the original decision in the dispute with ANZ, with the judgment likely to be handed down either late this year or early next year.

A spokesman for ANZ declined to comment as the matter is still before the courts.