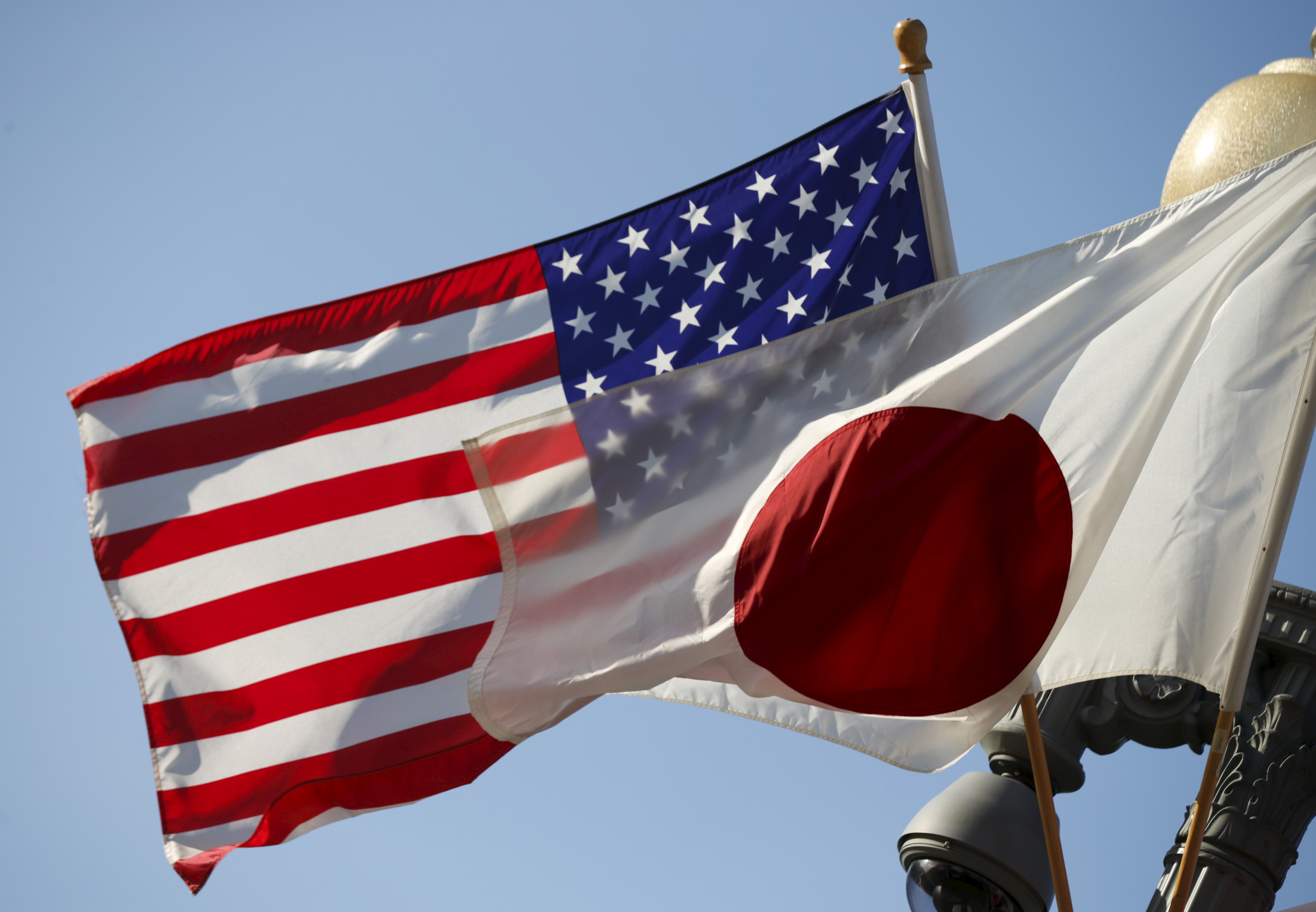 US, Japan look to clinch trade deal in September By Mina Pollmann

Japan and the United States are expected to reach a broad trade deal by September, before Japanese Prime Minister Shinzo Abe and U.S. President Donald Trump meet on the sidelines of the United Nations General Assembly (UNGA). This goal was set at a meeting in Washington last week between Japanese Economy Minister Toshimitsu Motegi and U.S. Trade Representative Robert Lighthizer. The Japan Times reports that the U.S. side now appears more willing to make concessions to move the talks ahead. Another ministerial-level meeting will be held later this month, and talks between Trump and Abe may also contribute to the process if they meet on the sidelines of the Group of Seven (G-7) leaders’ summit in France.

Trump had pulled out of the 12-country Trans-Pacific Partnership (TPP), which included Japan, early in his term, believing that he could negotiate a better bilateral deal with individual countries than what the Obama administration had painstakingly accomplished with the multilateral TPP. Bilateral talks with Japan, in particular, will center on the perennial issue of Japanese tariffs on U.S. agricultural exports and U.S. tariffs on Japanese industrial exports. In return for the United States abolishing tariffs on Japanese automobiles and auto parts, Japan could reduce tariffs on American beef, pork, wheat, and dairy products to the same levels that Australian, Canadian, Mexican, and New Zealand exporters face in the Japanese markets, thanks to the TPP’s revived form, the Comprehensive and Progressive Agreement for Trans-Pacific Partnership (CPTPP).

Regional trade developments, the continuing stalemate in U.S.-China trade negotiations, and American domestic politics all likely play a role in shifting U.S. attitudes and an acceleration of U.S.-Japan trade talks.

While Toshimitsu was meeting with Lighthizer in Washington last week, Beijing was hosting a ministerial meeting to continue negotiations over the Regional Comprehensive Economic Partnership (RCEP). The 16 nations negotiating RCEP – the 10 ASEAN member countries as well as Australia, China, Japan, India, New Zealand, and South Korea — hope to sign the deal by the end of this year. The eventual agreement is expected to cover a total of some 20 sectors including financial services and economic and technical cooperation. While not an alternative to the U.S. market, which is incomparable to any other single national market in size and complexity, a successful RCEP deal should give Japanese exporters at least some breathing room if the Japan-U.S. trade deal has yet to materialize by then. The next ministerial RCEP meeting is scheduled for September in Bangkok, where Economy, Trade, and Industry Minister Hiroshige Seko emphasized that “Japan is resolved to lead the RCEP talks.” It is worth noting that despite spiraling tensions with South Korea bilaterally, this has not held up Tokyo and Seoul’s cooperation in the multilateral setting of RCEP negotiations.

Trump may also be more willing to compromise with Japan given the continued stalemate with China, and the ripple effects that his aggressive trade tactics will have on the U.S. domestic economy. On Thursday, Trump announced he would place 10 percent tariffs on an additional $300 billion worth of Chinese goods. On Monday, China retaliated by allowing its currency to fall and the United States formally named China a currency manipulator. The ensuing slowdown in global bond markets indicates that investors are increasingly concerned about the scope and breadth of the U.S.-China trade war, and this lack of investor confidence could slow economic growth in the United States and the rest of the world.

Going into the 2020 re-election campaign, Trump wants to have a solid “win” on his trade track record, as he came into office trumpeting his supposedly superior negotiation skills. With no foreseeable progress on the China front, Trump may be willing to take what he can get with Japan. Setting aside his lackluster negotiating progress, Trump has enough spin to convince his base that whatever he gets from Japan is “the best deal ever.” Trade has yet to take the center stage in Democratic debates, but U.S. trade policy will undoubtedly continue to be an important issue, and one that voters can expect vigorous sparring over between Trump and whoever clinches the Democratic nomination.

source: The Diplomat
Japan US
Subscribe to bilaterals.org weekly