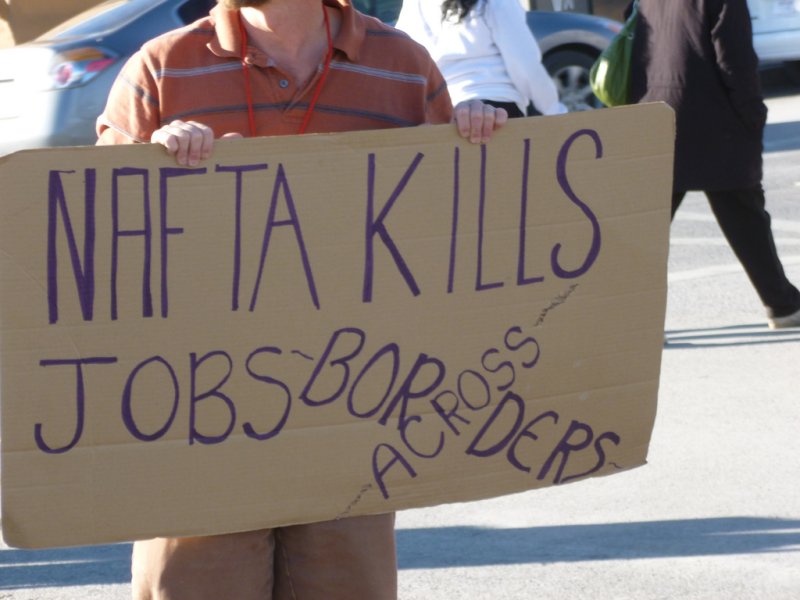 The head of the largest US labor union said Tuesday he opposes ratification of the new North American free trade pact, because he doubts Mexico will enforce labor reforms required by the deal.

Richard Trumka, president of the 12.5-million-member AFL-CIO, said the US Congress is unlikely to approve the US-Mexico-Canada Agreement until Mexico made greater progress.

"If they get the labor laws changed in accordance with the agreement, then they have to show us that they have the infrastructure and the resources to be able to do that," Trumka said in a speech to the Economic Club of Washington.

But the agreement faces an uphill battle toward ratification in Congress. Opposition Democrats have voiced concerns similar to Trumka’s while a key Senate Republican has demanded that steel and aluminum tariffs be lifted before any vote, which President Donald Trump is reluctant to do.

Trumka also told reporters he was confident implementing legislation would not advance in Congress if concerns such as his were not addressed.

He claimed "sham unions" affiliated with the government in Mexico had negotiated 700,000 illegitimate labor contracts designed to suppress wages in that country.

"We want to see their ability to do that."

Some changes could be addressed in implementing legislation and others could require reopening the trade talks, he said.

The independent US International Trade Commission released an analysis last week estimating the agreement would add a modest 0.35 percent a year to US GDP once the agreement was fully implemented in six years.

But this could come at the cost of higher prices and reduced sales and output in the auto sector, a position disputed by US Trade Representative Robert Lighthizer and auto industry representatives.