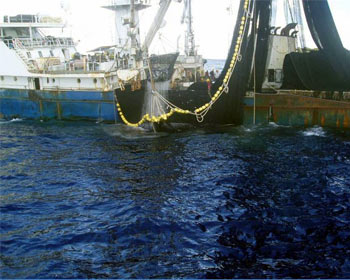 US, Pacific Islands hold next round of fishing negotiations

The Pacific Islands Parties (PIPs) and the US are engaging in their fifth round of talks this week trying to reach a successor fish agreement following the US’s rejection of the Pacific’s proposal.

Island nations are also seeking to solidify a regional strategy on fisheries for the equally important economic partnership agreement (EPA) negotiations with the European Union (EU).

The current treaty with the US will end this May after Papua New Guinea issued a notice of withdrawal as stipulated under Article 12 of the Treaty.

By virtue of this treaty, the US pays USD 18 million (with the tuna industry contributing USD 3 million) plus indexation to the PIPs, including to islands in which the US does not fish, Island Business reports.

The PIPs’s proposal at the fourth round of negotiations last November is to offer 6,000 fishing days to the US at USD 10,000 per day.

The PIPs also want all vessels to abide by the sovereign laws of each exclusive economic zone (EEZ) and their fishing rules; they believe the US treaty undermined these points.

Meanwhile, the US wants to pay USD 45 million for 9,000 days to fish in any zone in the US treaty area.

“The PIPs said that future fisheries relations with the US will likely require a package of arrangements that meets the different needs of the parties”, PNA Secretariat’s Dr Transform Aqorau said.

This would include arrangements to foster domestic processing, such as requiring off-loading for processing in PIP plants or first refusal rights on catches under the treaty, plus better access to the US market, he told.

“Other arrangements such as joint ventures and trade, the US has tried to push the issue aside,” Aquorau commented. “The US cannot expect to get preferential access to PIPs’ fish if it cannot provide fair access to its markets”.

He believes Pacific Leaders must thus prioritise the economic value of their tuna above the US’s very small aid contribution.

Aqorau said the PIPs’s position on any future arrangements includes:

• Commercial access arrangements must be negotiated with the US tuna industry and US vessel access; • The aid component with the US Government and access arrangements with the US tuna industry must be kept separate; • The aid component with the US Government must be distributed appropriately amongst all PIPs; • There must be no compromise on the PIPs for US days, and this may be set at 2,773 with options for US vessels to purchase additional multilateral days pooled equally by all parties; • The price must be above the value of a bilateral Vessel Day Scheme day currently at USD 5,000.

If the parties fail to reach an agreement, the US previously proposed that they agree to negotiate for an extension to 2013 and that the US increase its licence fees to USD 35 million.