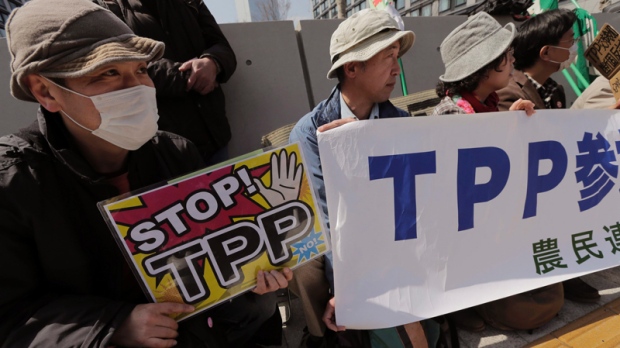 Representatives from countries negotiating a free trade pact that will cover nearly 40 percent of global economic output said on Friday that differences between them persisted, as the US sought to assuage concerns over a looming year-end deadline.

Trade ministers from the Asia-Pacific, Latin American and North American regions have been meeting since Thursday in the sultanate of Brunei to discuss the Trans-Pacific Partnership (TPP). It is the 19th round of talks on the 12-nation deal.

In a joint statement, the ministers said they hoped to "offer guidance" and conclude the deal this year.

Doubts persist over whether the target can be met, with concerns from Malaysia over the impact state-owned enterprises and affirmative action.

Critics in Japan have also warned that Japanese demands for exceptions may present a sticking point.

Economic giant China is not a party to the negotiations.

US trade representative Michael Froman said Friday that the world’s largest economy would not force anyone to accept a deal until they are ready.

"First of all, there is no US template being imposed on any country. This is a negotiation of 12 sovereigns coming together to work together on a number of challenging issues," he told a joint press conference at the end of the two-day ministerial meeting.

"All of us understand that there are sensitive issues," he said at the press conference. "We have got many years of practical experience to handle these sensitivities. Nobody is going to push anybody in a corner."

Pressure is mounting on Malaysian officials from civil societies and the opposition to abandon the TPP.

The country’s trade minister Mustapa Mohamad said he raised a number of concerns at the meeting, including on a proposal to loosen the grip on state-owned enterprises.

He also implied that the country would not budge on an affirmative action programme to give preference to its majority ethnic Malays when awarding contracts.

The policy has put off some investors and been a sticking point in past free trade negotiations with the US, which were eventually put on ice.

"In my interventions, I drew attention to the growing discomfort domestically arising from Malaysia’s participation in the TPP negotiations," he said in a statement, emphasising critics’ concern over a lack of transparency.

He added that some other TPP countries shared Malaysia’s concern on state-owned enterprises.

Malaysia had last week announced that it would further study the benefits of joining the TPP, signalling a potential delay to ratification of the pact.

Some voices have also warned that Tokyo, which joined the negotiations last month, will try to write in so many exceptions that any agreement might fall far short of expectations, and could, in any case, take much longer to reach.

Japan’s market of 128 million consumers is potentially a big prize for foreign firms, many of which presently complain that Tokyo kicks up obstacles — tariffs and non-tariff barriers — that stop their products reaching shelves.

The automotive, healthcare, insurance and agricultural sectors are seen as particularly cushioned.