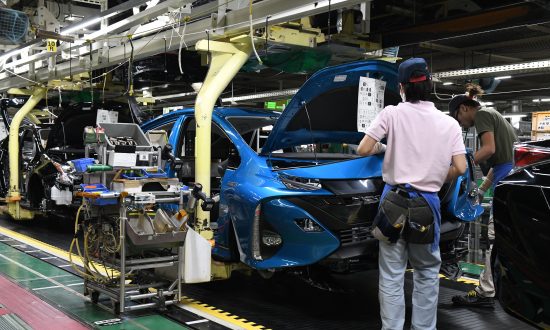 After an April 26 meeting with PM Shinzo Abe, US President Donald Trump announced that the two countries were working on a new deal that could give American farmers greater access to Japan’s market. Just last Tuesday Mr Trump upset Japanese auto manufacturers after he labelled some international auto imports a threat to “national security”.

The bilateral trade talks began nearly two years ago, after Mr Trump pulled the US out of a multilateral deal with Japan known as the Trans-Pacific Partnership.

One of the key determinants of whether a bilateral free trade deal will be reached is whether the US agrees to refrain from imposing tariffs on Japanese auto imports. The US has delayed for six months the raising of these tariffs.

Mr Trump has incentive both to impose the tariffs and to refrain from doing so. If he does not impose tariffs he will lessen the possibility of an all-encompassing global trade war and appeal to American agricultural interests. However Mr Trump may see the tariffs as a way to increase his support among domestic manufacturing interests, potentially paving the way for his re-election in the 2020.