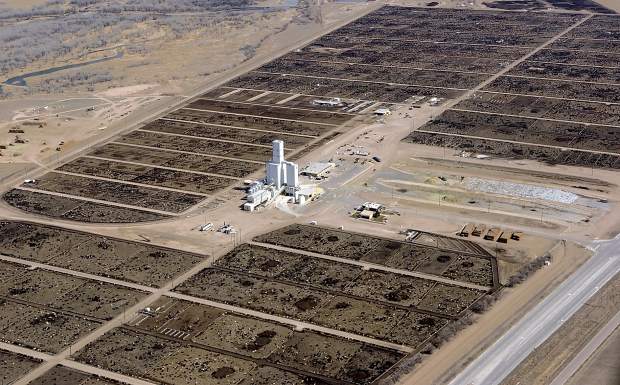 While NAFTA’s status remains in limbo, the US Department of Agriculture is “leaving no stone unturned” in its efforts to strike trade agreements with countries outside of North America that will benefit US farmers, ranchers and manufacturers of finished goods, according to a top agency official.

“The NAFTA countries have been terrific markets, and we want to sustain those. We want to grow. We want to do a good makeover with trade negotiations with them” that “does no harm to food and ag,” USDA Undersecretary for Trade and Foreign Agricultural Affairs Ted McKinney told attendees at the agency’s Agriculture Outlook Forum in Washington, DC, last week. But, he added, while stakeholders continue to hammer out the details, “we cannot leave all these other countries and take them for granted.” Using a baseball analogy, McKinney explained that while beneficial trade agreements with NAFTA countries, China and Japan would all be “homeruns” for food and agriculture, most baseball games are won based on “singles and doubles” and not homeruns.

With this in mind, he said, “we are going to try and get more of those singles and doubles,” which might include trade agreements with India, Guatemala, Vietnam, Malaysia, the Philippians and other countries that may represent smaller trading partners but still are buying “good American products in most cases.”

To win more trade agreements, McKinney said USDA is creating a Trade Policy Council “where at the sub-county level, chiefs of staff, the undersecretary” and other key stakeholders “are meeting much more strategically on a regular basis to look at the longer term play of how we can work strategically on trade.”

The future of NAFTA and TPP

McKinney also suggested there is a chance that the US could re-enter the Trans-Pacific Partnership or at least create strong bilateral agreements with some of the key players in the former partnership.

“I don’t know what the agreement will be, but I believe it is not a matter of if, but when something will come,” he said. “I have been encouraged by the President saying not once but twice that maybe TPP can be renegotiated.”

However, he tempered, that many stakeholders are closely watching the NAFTA renegotiations and holding off until they see how that shakes out so that they can use it as a model or a template.

“My sense is we have to get NAFTA first and then I think we can get on to the others. I hope that is not true. I wouldn’t mind, you know, getting on with some of these, but you know, there is a bandwidth issue for negotiations,” he said, adding again, “My conclusion is it is not a matter of if, but when, and I am advocating for sooner rather than later.”

A dedicated focus to international trade

He also noted the creation of his position by USDA Sec. Sonny Perdue last May is pivotal to deepening international trade given that he has been “busy as all get out” focusing solely on international partnerships and said he cannot imagine having to also manage domestic trade as was the standard under the agency’s former organization.

When Perdue announced the position for undersecretary for trade and foreign agricultural affairs, he said the position would be “American agriculture’s unapologetic advocate and chief salesman around the world.” He also noted that American agriculture and food exports already account for 20% of the value of production and that every dollar of exported goods creates another $12.7 in business activity.

The creation of a team dedicated solely to negotiating international trade allows the US “to be more nimble, build that trust that we all know is really so critical out there,” and advancing America’s position, McKinney said.

USDA focuses on teamwork across columns

At the same time, he espoused the value of a separate dedicated team, he also stressed that his teamworks closely with “other columns” at USDA.

“We are very interdependent. My understanding is that over the past there have been highs and lows of the intersection of our mission areas as we work to bring things to fruition,” but that currently his team meets at least month and often daily with the Regulatory and Marketing team and the Food Safety and Inspection Services team at USDA.

This should allow new products or products from new trade partners to enter the operations of commerce and trade more quickly and more safely, he said.

As the teams work together, they also are careful not to let any aspect of quality fall through the cracks as the US’s high standards “are our trade stock,” he said.

“I am reminded that quality, our terrific regulatory system where there is trust in it round the world … really does make a difference,” he said. “I have heard time and time again from buyers, importers alike that the American